TEHRAN: Iran authorities yesterday executed Ruhollah Zam, a former opposition figure who had lived in exile in France and was implicated in anti-government protests, days after his sentence was upheld. State television said the “counter-revolutionary” Zam was hanged in the morning after the supreme court upheld his sentence due to “the severity of the crimes” committed against the Islamic republic.

Judiciary spokesman Gholamhossein Esmaili had on Tuesday said Zam’s sentence was upheld by the supreme court “more than a month ago”. London-based human rights group Amnesty International, in a statement after his verdict was confirmed, described Zam as a “journalist and dissident”. It said the confirmation marked “a shocking escalation in the use of the death penalty as a weapon of repression”.

Iran’s Revolutionary Guards announced the arrest of Zam in Oct 2019, claiming he had been “directed by France’s intelligence service”. State television said he was “under the protection of several countries’ intelligence services”. The official IRNA news agency said he was also convicted of espionage for France and an unnamed country in the region, cooperating with the “hostile government of America”, acting against “the country’s security”, insulting the “sanctity of Islam” and instigating violence during protests in 2017.

At least 25 people were killed during the unrest in Dec 2017 and Jan 2018 that was sparked by economic hardship. Zam, who was granted political asylum in France and reportedly lived in Paris, ran a channel on the Telegram messaging app called Amadnews. Telegram shut down the channel after Iran demanded it remove the account for inciting an “armed uprising”.

Zam was charged with “corruption on earth” – one of the most serious offences under Iranian law -and sentenced to death in June. As his trial started, state television broadcast a “documentary” about Zam’s “relations” with the Islamic republic’s foes. The broadcaster also aired an “interview” with him in July, in which he is seen saying he believed in reformism until he was detained in 2009 during protests against the disputed re-election of ultraconservative president Mahmoud Ahmadinejad. He also denied having instigated violence through his Telegram channel.

Amnesty has repeatedly called on Iran to stop broadcasting videos of “confessions” by suspects, saying they “violate the defendants’ rights”. Yesterday, the rights group called his execution a “deadly blow” to freedom of expression. Diana Eltahawy, Amnesty’s deputy director for the Middle East, said she was “shocked and horrified” at his death, adding that the organization believed it was “a reprehensible bid to avoid an international campaign to save his life”.

Zam had lived in exile in France for several years before being arrested by Iran’s Revolutionary Guards under unclear circumstances. Paris-based press rights group Reporters Without Borders (RSF) said yesterday it was “outraged” by the execution. RSF had previously claimed that Zam had disappeared on a trip to Baghdad in Oct 2019, and accused Iran of abducting him in Iraq to face trial back home.

Zam is one of several people to have been sentenced to death over participation or links to protests that rocked Iran between 2017 and 2019. Navid Afkari, a 27-year-old wrestler, was executed at a prison in the southern city of Shiraz in September. The judiciary said he had been found guilty of “voluntary homicide” for stabbing to death a government employee in August 2018. Shiraz and other urban centers had been the scene of anti-government protests at the time.

Three young men were also sentenced to death over links to deadly 2019 protests, but Iran’s supreme court said last week that it would retry them at the request of their defense teams. Their sentences were initially upheld, with the judiciary saying evidence had been found on their phones of them setting alight banks, buses and public buildings. Amnesty International said Iran executed at least 251 people last year, the world’s second highest total after China. – AFP

Biden and Harris named as Time 'Person of the Year' 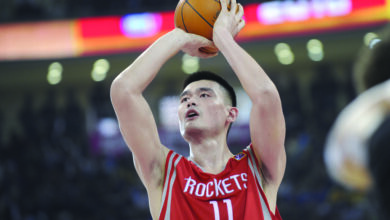 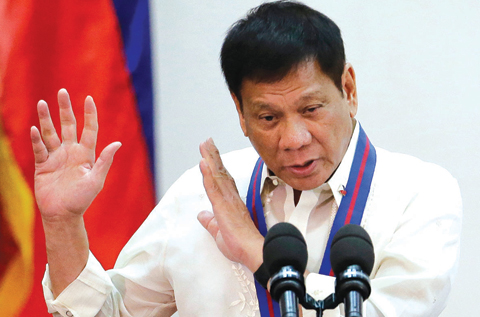 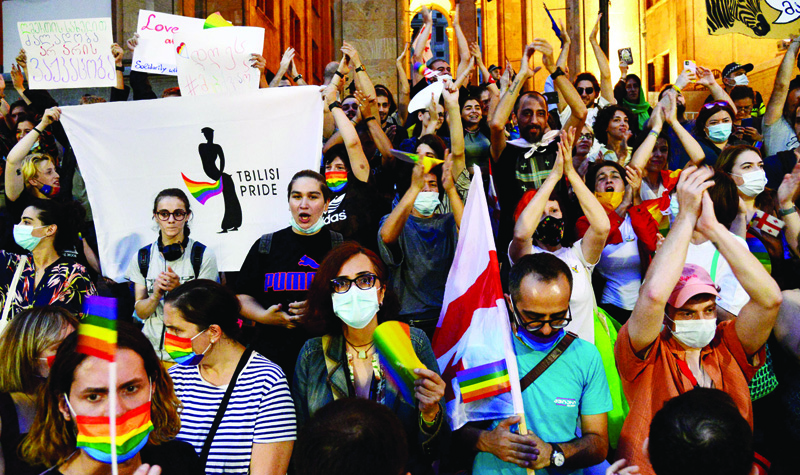 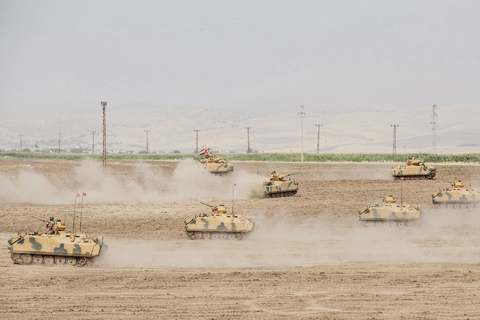 Give up or go hungry, Erdogan warns Kurds