SAN BERNARDINO, California: US President Barack Obama insisted yesterday that America “will not be terrorized” as the Islamic State group praised the perpetrators of the California mass shooting as “soldiers” of its caliphate. The president’s pledge and extremists’ praise followed an announcement by the FBI that it was treating the investigation into the San Bernardino rampage as an act of terrorism. “It is entirely possible that these two attackers were radicalized to commit this act of terror,” Obama said of Syed Farook, 28, and his 29-year-old Pakistani wife Tashfeen Malik, who slaughtered 14 people and wounded 21 others at a year-end office party on Wednesday.

Obama said in his weekly address that the Islamic State and other terrorist groups “are actively encouraging people – around the world and in our country – to commit terrible acts of violence, often times as lone wolf actors.” “We are Americans,” he added. “We will uphold our values – a free and open society. We are strong. And we are resilient. And we will not be terrorized.”

The carnage marked the deadliest mass shooting in the United States since the Newtown school massacre in 2012, when 26 people, mostly children, were shot dead. The New York Times yesterday published an editorial on its front page for the first time since 1920, using the rare, prominent placement to urge gun control and lash out at politicians following the attacks. “It is a moral outrage and a national disgrace that civilians can legally purchase weapons designed specifically to kill people with brutal speed and efficiency,” it said.

But Republican White House frontrunner Donald Trump dismissed the New York Times’ call for action. “People in this country and the world need protection,” Trump told reporters in Iowa before a campaign event. “If you look at Paris, they didn’t have guns and they were slaughtered. If you look at California, they didn’t have guns and they were slaughtered.” US Senator Marco Rubio of Florida, a Republican also seeking the presidential nomination, said restrictions on guns would not have stopped the California attack or other mass shootings, including recent attacks on an Oregon college and a Planned Parenthood health clinic in Colorado.

Hours after the attack, US-born Farook and Malik were killed in a firefight with police, leaving investigators to comb through their belongings to try to determine a motive. “We have uncovered evidence that has led us to learn of extensive planning,” David Bowdich, the assistant FBI director in charge of the Los Angeles office, told reporters. “There’s a number of pieces of evidence that has essentially pushed us off the cliff to say we are now investigating this as an act of terrorism,” he said, adding that the couple had attempted to destroy their digital fingerprints. Bowdich said investigators were examining a Facebook posting under an alias in which Malik is believed to have pledged allegiance to IS leader Abu Bakr Al-Baghdadi, made around the time of the attack. However, it was uncertain whether the comments were posted by Malik herself or someone with access to her page.

The massacre, if proven to be terror-related, would be the deadliest such assault on American soil since the Sept 11, 2001 attacks. Relatives were unable to explain how the couple, who had an infant daughter and seemed to be living a normal life, could have committed mass murder. “I can never imagine my brother or my sister-in-law doing something like this. Especially because they were happily married, they had a beautiful six-month-old daughter,” Farook’s sister Saira Khan told CBS News. “It’s just mind-boggling why they would do something like this.”

The family’s attorneys said while the couple were devout Muslims, there was no hint they had become radicalized. Attorney Mohammad Abuershaid said few people came in contact with Malik, who wore the full-face veil and was soft-spoken and shy. “The women (in the family) communicated with her. Farook didn’t want anyone else to talk to her,” he said, adding that the men in the family had never even seen Malik’s face.

Abuershaid said Farook had met Malik in 2013 through an online marriage site and had traveled to marry her in Saudi Arabia, where she lived, last year. One of Farook’s colleagues said he was convinced Malik had radicalized her husband. In Pakistan, Khalid Janbaz, former dean of the pharmacy department at Bahauddin Zakariya University, described Malik as a “brilliant student”. Former classmate Abdia Rani told AFP that she had “gradually turned religious”, and over time became more serious and withdrawn. “But we never thought that she had extremist links or even can be an extremist,” Rani said.

Malik spoke broken English and her primary language was Urdu, another Farook family attorney David Chesley said, adding: “She was very conservative.” Pakistani intelligence officials have contacted Malik’s family in her homeland as part of the investigation, a family member said. A US defense official, meanwhile, confirmed that Farook’s brother was a decorated Navy veteran who won medals for his service during America’s “war on terror”.

Abuershaid and Chesley said Farook had apparently been teased by colleagues at the county health department, where he worked as an inspector, over the beard he grew. One witness at the ill-fated party said Farook had suddenly left and returned a short while later, heavily-armed, dressed in black military-style gear and a mask – and accompanied by his wife. A home-made explosive that failed to detonate was later found at the scene.

The landlord of the couple’s rented townhouse opened their home up to reporters and the public who flooded in Friday, taking pictures and videos in a surreal scene. Toys, a crib, a prayer rug and documents were scattered through the home where investigators found thousands of rounds of ammunition, as well as a makeshift bomb-making laboratory and 12 pipe bombs. Authorities identified the victims as six women and eight men aged 26 to 60. All but two were county employees and colleagues of Farook. – Agencies 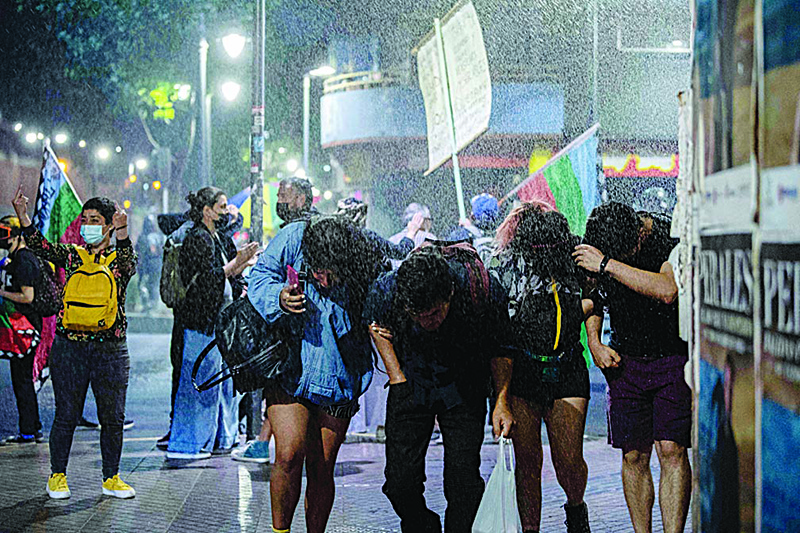 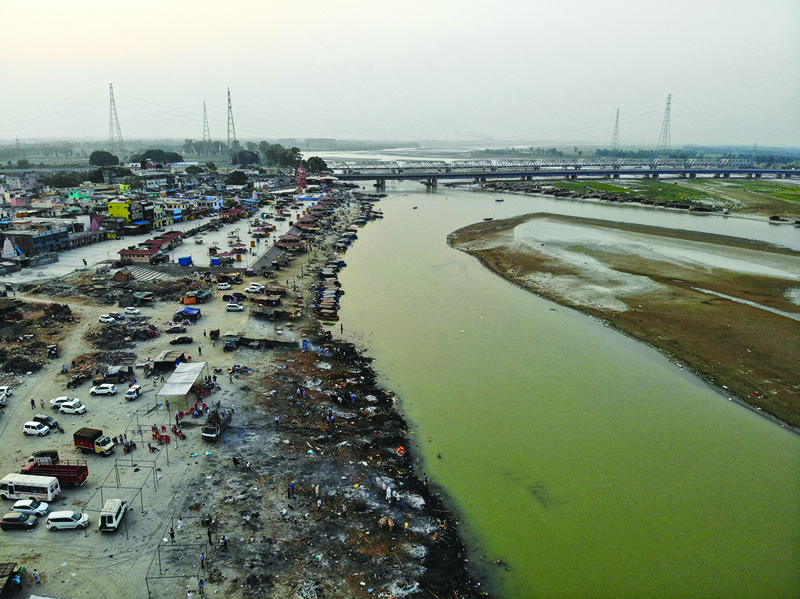 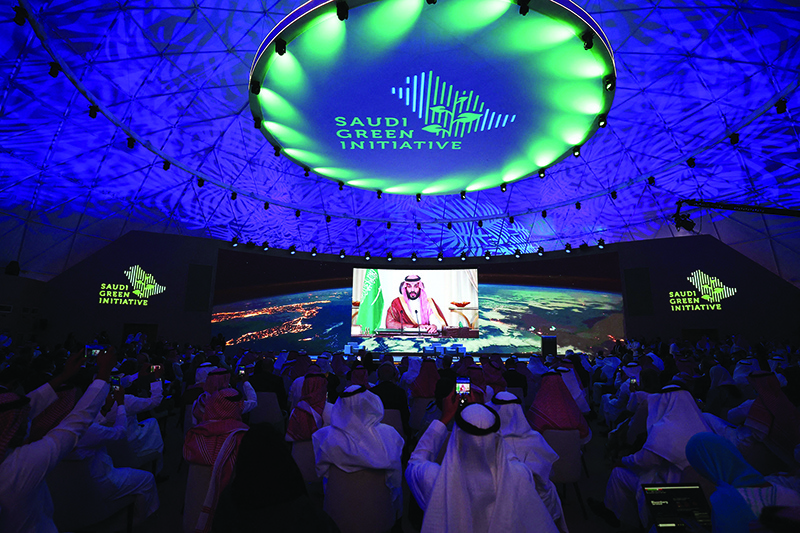 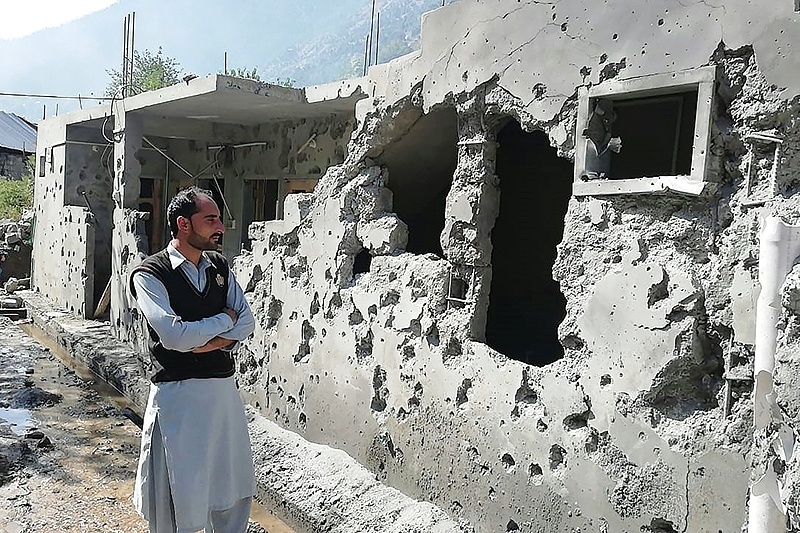