A blow to efforts to avert a new war

GAZA: Israeli warplanes pounded the Gaza Strip yesterday after the first rocket fire from the Palestinian territory in weeks hit an Israeli city, in a blow to efforts to avert a new war. Gaza’s Islamist rulers Hamas disavowed the rocket fire saying they rejected “all irresponsible attempts” to undermine Egyptian efforts to broker a new long-term truce. But Israel, which holds Hamas responsible for all rocket fire from the territory regardless of who launches it, struck 20 targets in Gaza, killing one Palestinian, according to the Hamas-run health ministry.

Israel also closed both its border crossings with Gaza in reprisal, further isolating the blockaded enclave where deteriorating living conditions have stoked violent protests along the border. Gaza militants fired two rockets before dawn, one of which caused major damage to a family home in the southern city of Beersheba, 40 kilometers (25 miles) away, the Israeli army said.

The family of three children narrowly escaped injury after their mother moved them into the safe room, with much of the rest of the house destroyed, the army said. “At 4 am (0100 GMT), Israelis in the city of Beersheba were running to bomb shelters after a rocket was launched from the Gaza Strip at Israel,” the army tweeted. “We will defend Israeli civilians,” it added. The other rocket came down in the sea off Tel Aviv, 70 kilometers (45 miles) from Gaza, the army said.

‘Full responsibility’
The Islamists and allied militant group condemned the latest rocket fire as “irresponsible”. But Israeli military spokesman Jonathan Conricus rejected the disavowal, saying Hamas bore “full responsibility” as Gaza’s de facto ruler. He said retaliatory strikes had hit 20 targets, including a Hamas attack tunnel and an “advanced weapons manufacturing site.” One Palestinian the army said was preparing a rocket launch was killed in northern Gaza. At least three other Palestinians were wounded in the strikes, the Gaza health ministry said.

Defense Minister Avigdor Lieberman ordered the closure of both of Israel’s border crossings with Gaza in reprisal, making the heavily restricted Rafah crossing with Egypt the enclave’s sole gateway to the outside world. Lieberman also ordered the reduction of the permitted fishing zone off the Gaza coast to three nautical miles, the defense ministry body responsible for Palestinian civil affairs, COGAT, said. Lieberman already suspended deliveries of fuel that had been trucked daily into Gaza under a deal brokered by the United Nations. It had seen thousands of liters (gallons) of fuel paid for by Qatar delivered to generate desperately needed power in the impoverished territory.

‘Dangerous escalation’
Hamas has fought three wars with Israel since 2008 and fears of a fourth have spurred efforts by Egypt and the United Nations for a wider deal that would see Israel ease its blockade in exchange for a long-term truce with the Islamists. During a meeting with Israeli President Reuven Rivlin yesterday, UN envoy Nickolay Mladenov called the latest rocket launches a “dangerous escalation.”

“Unfortunately, they fit a pattern of provocations that seek to bring Israel and Gaza into another deadly conflict and confrontation,” he said, pledging to work with all sides to avert one. Rivlin said there could be no easing of the blockade while Israelis remained under threat of rocket attack. “So long as the missiles and the provocation continue on, there is no chance of easing the suffering of the people of Gaza,” he said. Rivlin praised the fast reaction of Israelis in Beersheba, saying the mother’s actions saved her family’s lives. The United Nations says Israel’s 11-year blockade has resulted in a “catastrophic” humanitarian situation in Gaza.

Its two million residents endure routine power cuts and a chronic shortage of safe drinking water, and more than two-thirds are dependent on international aid. The latest flare-up comes after months of Palestinian protests along the Gaza border that have drawn a deadly response from Israeli troops. The protesters have been demanding an end to Israel’s blockade and the right of return to land now inside Israel, from which their families were expelled or fled during the 1948 war that accompanied its creation. At least 207 Palestinians have been killed by Israeli fire since the protests began on March 30. One Israeli soldier has been killed by Palestinian sniper fire over the same period.- AFP 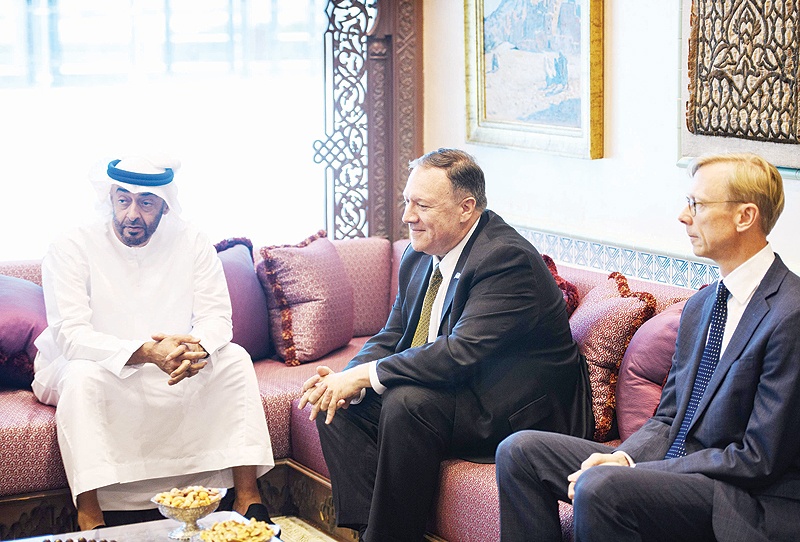 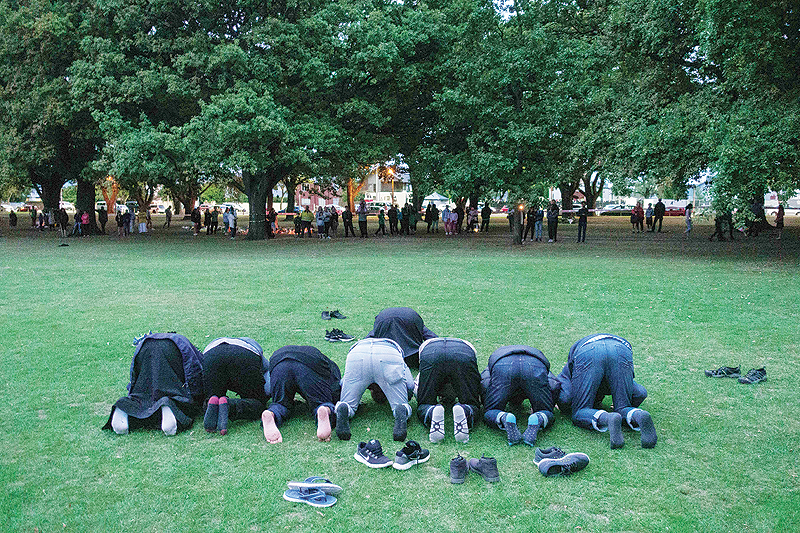 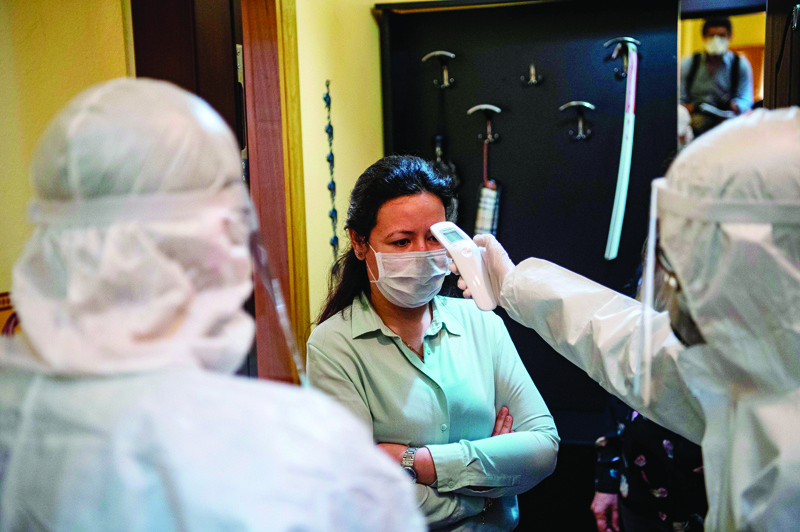 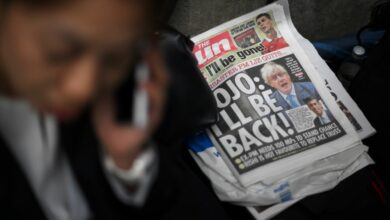 Johnson returns to UK as Sunak qualifies for PM race