NEW YORK: Ons Jabeur booked a place in the US Open final, where she will face world number one Iga Swiatek on Saturday.

Two-time French Open champion Swiatek advanced to the first US Open final of her career after coming from behind to beat Aryna Sabalenka 3-6, 6-1, 6-4 at Arthur Ashe Stadium.

The victory sent the 21-year-old from Poland into a Saturday final with Jabeur, who thrashed France’s Caroline Garcia 6-1, 6-3 in Thursday’s other semi-final.

Sabalenka, the sixth seed from Belarus, looked poised to create an upset after a dominant first set performance in which she broke Swiatek no fewer than three times.

But Swiatek was rejuvenated after a quick dash to the bathroom following the opening set.

“I kind of needed to go,” Swiatek said. “For sure I felt lighter. I’m sorry — that’s disgusting.”

Swiatek also said the break had helped her analyse the flaws in her first set performance.

“I tried to use that time to think about what to change because I remember when I was younger all I would do in the bathroom between sets after I lost was cry.

“But this time I could think about what to change and actually problem solve.”

The break did the trick as Swiatek raced through the second set to level the match and then punished a late collapse from Sabalenka to close out a gutsy victory.

Sabalenka, who was up a break and leading 4-2 in the final set, was left distraught by the defeat. She later appeared at a press conference with mirrored sunglasses on and a baseball cap pulled over her face.

It was the third time Sabalenka has fallen short in the semi-finals of a Grand Slam.

“My team keeps telling me that I have to be proud of myself, what I have done in the last months,” she said.

“But I don’t feel that way. I feel like in these three semi-finals I had so much opportunities and I didn’t use it.”

In Thursday’s other semi-final, Jabeur outclassed France’s Garcia to become the first Arab and African woman ever to reach the final of the US Open.

It was another notable milestone for Jabeur, who was also the first Arab and African woman to reach the Wimbledon final in July.

The Tunisian dominated Garcia from start to finish of a one-sided semi-final that took just over an hour to complete.

“It feels amazing,” Jabeur said. “After Wimbledon I had a lot of pressure on me and I’m really relieved that I can back up my results.

“The hard court season started a little bit bad, but I’m very happy that I made it to the finals here.”

The 28-year-old Tunisian had beaten Garcia four times as a junior in Grand Slam events, and twice as a professional in Slams before Thursday.

“I know she was playing amazing tennis and that puts a lot of pressure on you,” Jabeur said. “It wasn’t easy for me but mentally I was so ready.”

Garcia, seeded 17, had reached the last four on the back of a 13-match winning streak which included a victory at the Cincinnati Masters lead-in event.

But Jabeur ruthlessly dismantled Garcia’s dream of becoming the first French woman to win the US Open crown with a clinical victory.

The Frenchwoman later admitted she had struggled to cope with the pressure of the occasion.

“Obviously nerves were there,” Garcia said. “Today I did know it was semi-finals, so you know what it’s bringing you if you win and what you want to achieve. It’s a dream since I’m a little girl.

“I tried the best I could. I kept fighting, kept going for it, because I know it’s my way to do things.” 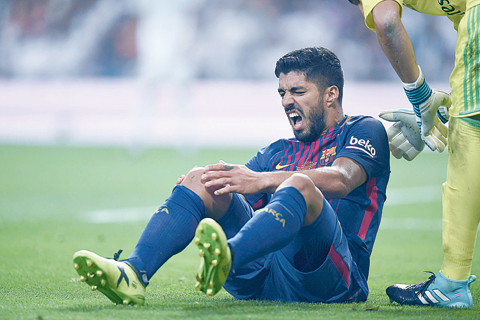 New blow for Barca as Suarez out for a month 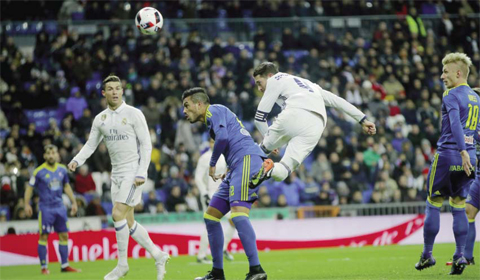 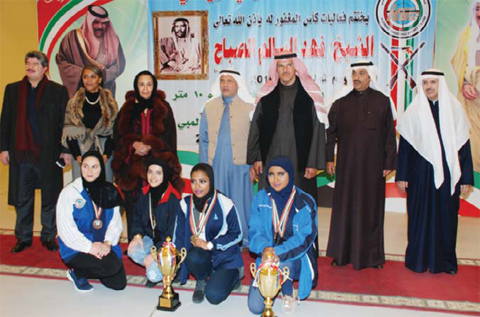