Violence pulsates in Shinya Tsukamoto’s early films, driving stories into nightmarish fantasies like in the award-winning 1989 “Tetsuo,” which ridicules middle-class conformity with a man-becomes-machine metamorphosis. His more recent works still depict violence, though the Japanese director says the nature of the violence has changed – from whimsical “cyberpunk” horror to horrifying reality. That’s why he identified so closely with Martin Scorsese’s grueling epic, “Silence,” which portrays the persecution of Christians in samurai-era Japan. Tsukamoto plays Mokichi, a poor villager and martyr. “In any era, regular people are kept down with violence. There is such sadness about why violence is perpetually involved,” Tsukamoto said in an interview with The Associated Press at a Tokyo hotel. “This same theme came at the same time.”

Tsukamoto, 57, is a prolific actor as well as director, with a cameo as a scientist in the latest Japanese Godzilla film. He went to an audition for “Silence,” not counting on landing a role but hoping to get close to a director he has admired since he was a teenager. He has watched “Taxi Driver” dozens of times, and finds something new each time. He was surprised and flattered when Scorsese recognized him right away and told him he admired Tsukamoto’s films. In the audition, a dialogue scene, Scorsese played the part of the missionary to his Mokichi. It was so natural, easy and perfect, Tsukamoto recalled happily.
The film, which had an Oscar nomination for the cinematography by Rodrigo Prieto, is based on a novel by Shusaku Endo, inspired by the true history of torture used by the shogunate on European missionaries and their Japanese followers, purposely to degrade and discredit them. Mokichi, a forlorn and ragged figure of angelic purity, dies a grisly but glorious martyr’s death drowning on a cross as the waves engulf his rail-thin body, again and again. Some scenes of the crucifixion were shot on a beach, but close-ups of the drowning were shot in a pool with computer graphics for the landscape, and it required near-drowning exertion by Tsukamoto.

Grotesque tale
He was impressed with the uncompromising scale and artistic grandeur of Scorsese’s movie-making, but also how positive Scorsese was toward his actors, being open to their ideas – while demanding take after take. “He would say, ‘Excellent,’ get the actors motivated, and shoot again and again,” he said. Fortunately, Tsukamoto was already in character for the role. He had just finished his own 2014 movie, “Fires on the Plain,” a brutally solemn and grotesque tale about World War II, which he directed and starred in as a near-starving soldier.

He got the guidance of a professional Hollywood nutritionist to further lose weight to play Mokichi, ending up some 22 pounds (10 kilograms) under his usual weight. Throughout “Fires on the Plain,” the soldiers are fighting nothing other than their own hunger. They fear each other as much as the enemy. The film carried stunning references to cannibalism, which some historians say really happened. That kind of no-holds-barred storytelling is signature Tsukamoto. Over the decades, his scenes have abounded with squirming maggots, metallic rock-inspired banging, blood-sputtering beatings, dizzyingly jagged camerawork and masochistic but titillating erotica.

His Kafka-esque characters inhabit sterile concrete apartments, lost in winding alleys, escalators and stairways, all seemingly on the verge of collapsing, like a stage set, into another darker reality. And the language of his films juxtaposes the obsessive and deranged with the childlike and lyrical. Maggie Lee, film critic for Variety, calls Tsukamoto “an eccentrically versatile and sometimes visionary director, who expanded international fandom for Japanese horror before they’d even heard of Sion Sono,” referring to the director of “Himizu” and “Cold Fish,” who also has a reputation as subversive and fiercely independent.

Claustrophobic film
Tsukamoto shot to stardom with “Tetsuo,” which launched a prize-amassing career in what he dubs “cult entertainment,” meaning that he strives for fun, along with the experimental. Three years ago, he won the lifetime achievement award at the Festival du Nouveau Cinema at Montreal, which screened “Fires on the Plain.” The work is based on an anti-war novel by Shohei Ooka, and was made into a film in 1959, by Kon Ichikawa. Tsukamoto had been planning to make the film for two decades but decided the time was now. He fears Japan, peaceful after its defeat in World War II, may be starting to forget the lessons of its past. He was determined to make the film, even if it meant he had to do it practically alone, he said, setting up a camera in the jungle and then acting in front of that camera.

His 2011 “Kotoko,” which won the Horizons award for innovative works at the Venice International Film Festival, is a more claustrophobic film, both poetic and heart-breaking. Cocco, a Japanese pop singer, is excellent as a fragile self-destructive woman, tormented by her hallucinatory fears of people around her, as well as of the urge to murder her own baby. Tsukamoto plays a novelist, who becomes her lover and endures her beatings to win her trust and help her overcome her psychosis.
Tsukamoto said the March 11, 2011 earthquake, tsunami and nuclear disasters in northeastern Japan gave special meaning to “Kotoko,” as he witnessed how many mothers worried for the safety of their children. “It is a world in which it has become so difficult to protect those we love,” said Tsukamoto. He has many ideas for his next movie, maybe a samurai film, a genre he has never made, maybe animation, or a film about childhood. “Those who must go to war are the children. And we fear for our children,” he said.-AP 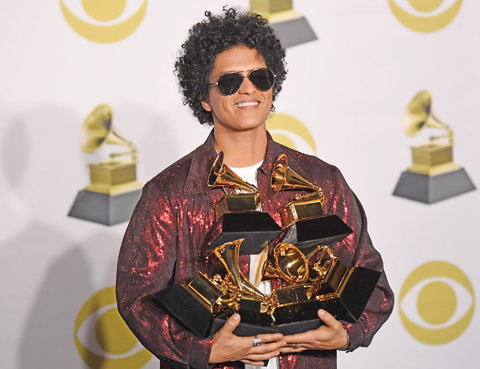 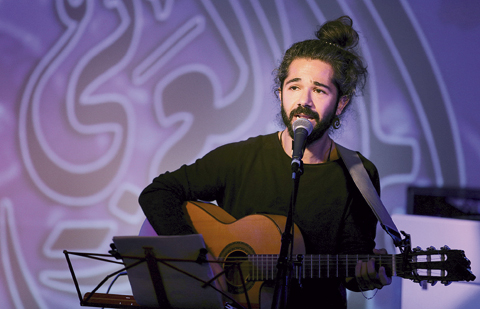 Jazz it up: Arab musicians bring their songs to Germany 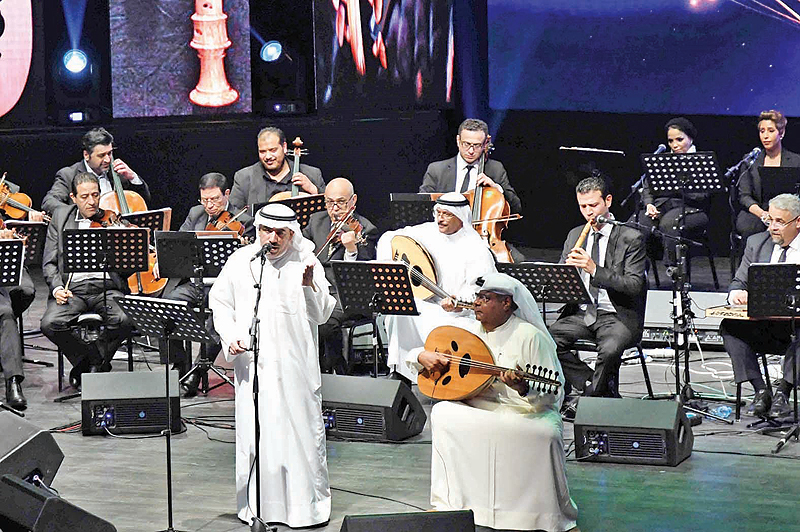 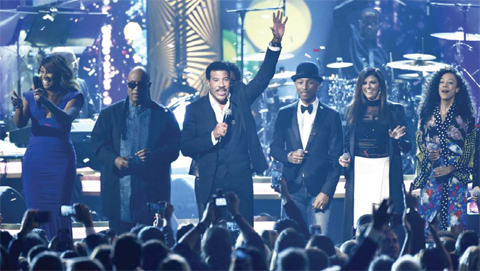 Rihanna, Grohl perform at the Grammy event for Lionel Richie