Palestinian scouts played drums and bagpipes at Christmas celebrations in Bethlehem on Sunday, but many tourists stayed away with tensions still simmering following Washington’s recognition of Jerusalem as Israel’s capital. The December 6 announcement by US President Donald Trump unleashed demonstrations and clashes, including in Bethlehem in the Israeli-occupied West Bank where Christians will mark the birth of Jesus at a midnight mass. On Bethlehem’s Manger Square, hundreds of Palestinians and tourists gathered in the cold near a huge nativity scene and Christmas tree to watch the annual scout parade.

They took pictures as a marching band made its way through the square towards the Church of the Nativity, built over the spot where tradition says Mary gave birth to Jesus. The square usually throngs with tourists on Christmas Eve, but clashes between Palestinian protesters and the Israeli army in the past weeks have kept people away this year. Twelve Palestinians have been killed since Trump’s declaration, including a 19-year-old who died of his wounds on Sunday nine days after he was shot during a Gaza protest.

Sami Khoury, who runs the Visit Palestine online tourism portal, said many visitors had cancelled their Christmas trips. “There weren’t even that many Palestinians, let alone tourists” at the celebration, he said, blaming Trump’s decision for ruining the atmosphere. “It doesn’t feel like Christmas.” In the square, South Korean Joon Hong, 35, said he was not religious but wanted to experience the Christmas atmosphere. “People look happy and ready for Christmas. It looks good,” he said.

Nahil Banura, a Christian woman from Beit Sahur, near Bethlehem, said Trump’s decision had made the run-up to Christmas “miserable”. “People are only going out to vent,” she said. Perhaps as few as 50,000 Palestinian Christians make up just around two percent of the predominantly Muslim population of the West Bank and east Jerusalem. Archbishop Pierbattista Pizzaballa, apostolic administrator of the Latin Patriarch of Jerusalem, visited the Church of the Nativity Sunday afternoon. He said last week that “dozens” of foreign visitors had cancelled their Christmas trips after Trump’s announcement.

But Israel’s tourism ministry has said Christmas preparations have not been affected, and it expects a 20 percent increase in the number of Christian pilgrims this year compared with 2016. An Israeli police spokesman said that extra units would be deployed in Jerusalem and at the crossings to Bethlehem to ease the travel and access for the “thousands of tourists and visitors”. And the Israeli army officer in charge of the Bethlehem area said that while tensions had been high in the area following the Jerusalem announcement, he did not expect trouble on Christmas.

“We’ve reinforced our troops, and are ready for any scenario,” Lieutenant Colonel Benny Meir told AFP. Israel seized east Jerusalem in the 1967 Middle East war and later annexed it, in moves never recognized by the international community. Palestinians view east Jerusalem as the capital of their future state, and interpreted Trump’s statement as rejecting their right to a capital in east Jerusalem, although the Americans deny this.

Palestinian president Mahmud Abbas said Trump’s announcement “encouraged the illegal disconnection between the holy cities of Bethlehem and Jerusalem… for the first time in over 2,000 years of Christianity”. Mitri Raheb, pastor of the Evangelical Lutheran Christmas Church in Bethlehem, told AFP on Sunday that Christmas this year is a “mix of sadness and joy” because of the US decision on Jerusalem, which he called “the beating heart of Palestine.”

Christmas in Mosul
In neighboring Egypt, Coptic Christians who celebrate Christmas on January 6 saw a church in Giza attacked by a mob following Muslim prayers on Friday, the latest in some 20 such incidents in 2017. Hundreds entered the church, chanting slogans calling for its demolition, destroying furniture and attacking worshippers before security forces restored order. Christmas decorations have meanwhile become more visible in Christian areas of the Syrian capital Damascus this year.
In the central city of Homs, Christians will celebrate Christmas with great fanfare for the first time in years after the end of battles between regime and rebel forces, with processions, shows for children and even decorations among the ruins. In Iraq too, this year marks a positive turning point for the Christian community in the northern city of Mosul.
Hymns filled a Mosul church on Sunday as worshippers celebrated Christmas for the first time in four years after the city’s recapture from the Islamic State group in July. Muslims stood alongside Christian worshippers amid the candles and Christmas trees at St Paul’s Church.-AFP 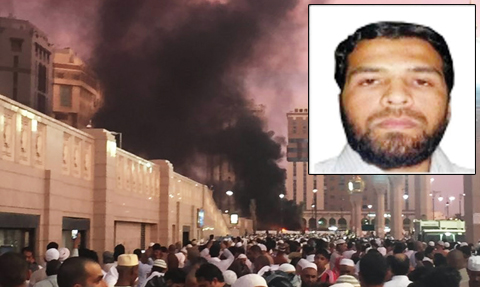 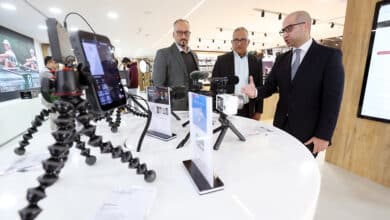 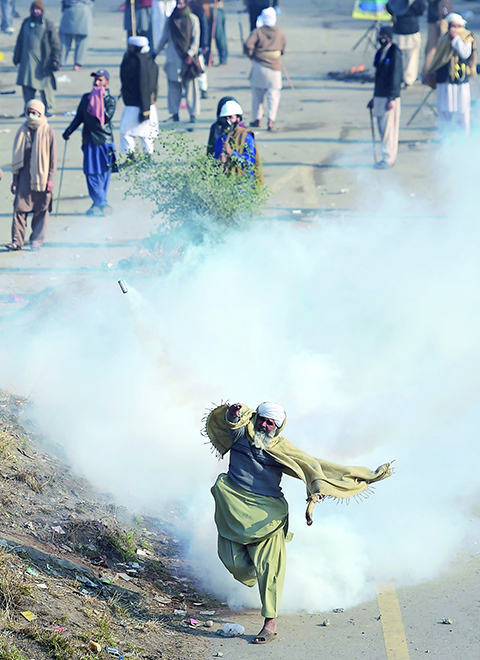 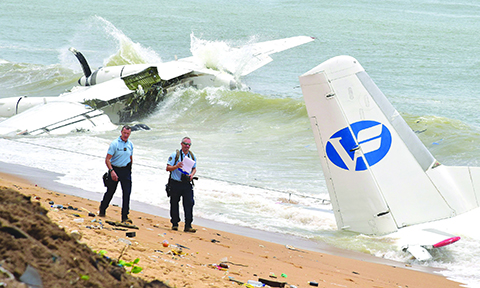