The number of Jews around the world is no more than 15 million, and despite their small number, their presence internationally and their influence – politically, scientifically, technically and economically – is manifold their number.

It is not known, accurately, why they are so vastly distinguished and superior compared to others, as they are the best educated and live longer compared to other minorities. It is thought that their superiority is due to certain aspects, and there is nothing abnormal in these aspects, and not because of their wish to be isolated. Their mixing and intermarriage with others in Europe was normal, before Hitler came and separated them and sought to eradicate them. It is also not possible to say that their refusal to marry others, out of religious considerations and avoiding having their offspring remain less mixed with the blood of others, is the reason behind their superiority, because the opposite is more accurate.

So, there only remain reasons that go to their historic belief that they are, as a race that follows a certain religion, better than others, because they discovered early the idea of heavenly religion, which is more complicated compared with the religions of that era, which were less complicated in their content and core. They also lived in worry among their societies, and this prompted them to seek education and learn, and be superior to others and protect their race.

So, it is not strange to notice the advanced status of universities and research centers in Israel, which was established less than 70 years ago, over their Arab counterparts, which go back 1,000 years, and do not have any scientific status to be mentioned. So, the Jews’ superiority can be attributed to their love of freedom and knowledge. They benefited from the environment of freedom and scientific knowledge in controlling the nerve of power at the international level, which is building wealth, and concentrated and developed it.

There is also another reason for their superiority other than the extreme interest in sciences, which has an important role, which is their belief in freedom, and the religious one in particular. Most notable Jews in the world, especially during the past two centuries, were mostly not religious.

So, Jews winning 180 Nobel prizes in various sciences is not an accident or due to the strength of the Zionist lobby, or the West’s support for them – rather it is because religious and intellectual freedom allows them a vast space for creativity without fear of punishment. So, it is not strange for us to be less able to create knowledge or spread it, as the late researcher Abdelwahab Al-Meseeri said in his encyclopedia. Despite the majority of Jews’ conviction in the correctness of their beliefs, they are not affected by the criticism and ridicule they and their religious symbols receive, and the portrayal of them comically by the most famous comedians of the world, mostly Jews. Despite this, their religion has survived over 3,500 years! But for us, we find that a simple drawing drives us crazy and makes our blood boil, which does not boil even a day over all this backwardness that we are going through. — Translated by Kuwait Times

Kuwaiti IS members, from Jahra to Raqqa 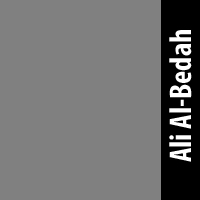 Is celebrating Christmas illegal in Kuwait? 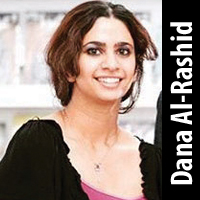 Letter from an expat