SRINAGAR: Kashmiri separatist leader Syed Ali Geelani was buried in a tightly controlled pre-dawn ceremony yesterday as Indian authorities imposed a lockdown across the disputed Himalayan region. The uncompromising campaigner against Indian rule in Kashmir died late Wednesday at the age of 92 following a long illness. Wary of his influence across the Kashmir Valley, security forces were deployed soon after, mobile internet and phones were cut and residents were told to stay in their homes.

Geelani’s family said they were not allowed to attend the burial at 4:30 am at a cemetery near his home in the main city of Srinagar. Geelani, who had spent much of the last five decades in jail or under house arrest, had wanted to be buried at the Martyrs Cemetery in Srinagar along with other Kashmiri separatists. But authorities rejected the request, the police source said. “At about 3:00 am, police barged inside our home and took our father’s body,” one of his sons, Naseem Geelani said.

“We insisted that we would perform his funeral after morning prayers and bury him according to his wish at the Martyrs Cemetery.” Police officers “snatched my father’s body and did not allow anyone from our family to participate in the burial”, the son added. “We heard later that police undertook washing rituals for my father’s body and had him buried.” The police source acknowledged that security forces “took control of the arrangements”.

The official said the family were given choices but did not respond. He said two sons were present but did not name them. Residents said authorities feared that any mass mourning could turn into unrest. “Troops are everywhere, there are barbed wire blockades on every main road,” said one. Pakistan Prime Minister Imran Khan was among the first to pay tribute to Geelani, who had been under house arrest for most of the past 11 years and been ill for several months with heart and kidney problems. Khan said that Geelani had “struggled all his life for his people and their right to self-determination. He suffered incarceration and torture by the occupying Indian state but remained resolute.” He declared a day of national mourning in Pakistan.

Geelani had been a thorn in India’s side since the early 1960s when he began campaigning for the Muslim-majority territory’s merger with Pakistan-controlled Kashmir. The veteran politician was jailed for nearly 10 years after 1962 and was often restricted to his home after that. Since his youth, Geelani had been a member of Jamaat-i-Islami, the territory’s largest political-religious organization that was banned by India’s Hindu nationalist government in 2019. He rejected any direct talks with the New Delhi government until it “accepts Kashmir as a disputed territory”. Indian governments of all political colours have since independence in 1947 insisted on sovereignty over all of Kashmir. Geelani was also a staunch critic of failed attempts by India and Pakistan to agree the territory’s future. The neighbors fought two of their three wars over Kashmir and came close to a fourth in 2016. His hardline stance also had critics in Kashmir.

Mehbooba Mufti, a former Kashmir chief minister, said on Twitter: “We may not have agreed on most things but I respect him for his steadfastness and standing by his beliefs.” Kashmir is one of the world’s most militarized zones, with 500,000 Indian security forces deployed in the region. Tens of thousands, mainly civilians, have died since an insurgency erupted in 1989. The government cancelled the region’s semi-autonomous status in August 2019 and divided it into two centrally controlled territories, sparking new anger in the region. A security clampdown imposed at the time saw internet services cut for more than a year, while scores of political leaders were detained. — AFP

A solution to the visit visa problem 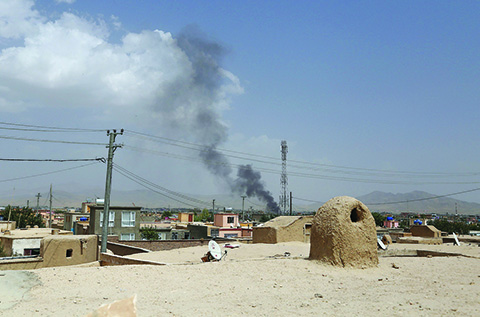 Troops in control of embattled city 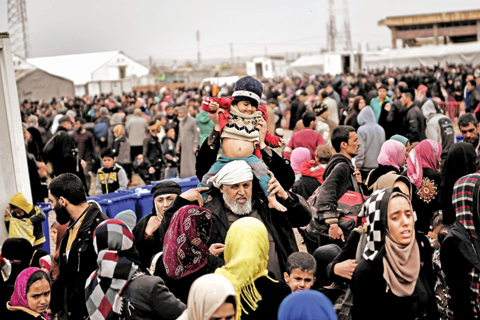 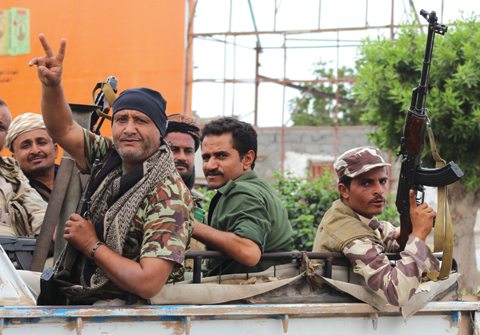 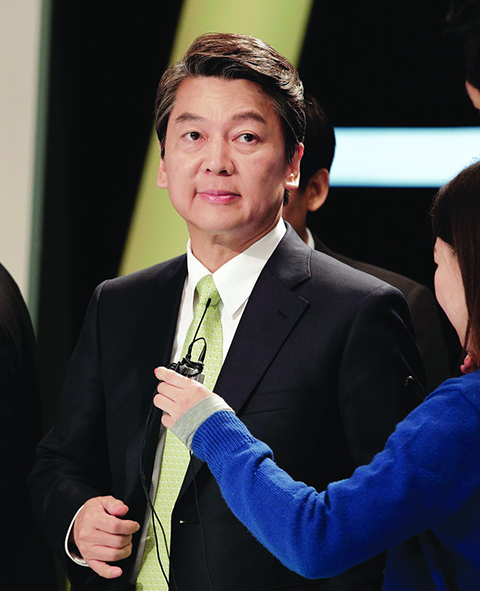