KUWAIT: Kuwait Environment Protection Society (KEPS) organized on Saturday an open day to count birds at Sulaibikhat beach. The event aims at raising public awareness and concern over crucial components of migratory bird conservation. During the event, Kuwait Environment Protection Society Chairperson Wajdan Al-Ugab said: “The society annually holds this event to stimulate interest in local birds and migratory birds in Kuwait. Kuwait is considered one of the most important spots for migratory birds in the world, as Kuwait receives more than 416 species of birds.”

She pointed out KEPS aims to explain to all segments of society how birds are related to the environment of Kuwait and its people. “For example, the way flamingos feed and the movement they make churns the soil of the seabed, thus mixing nutrients with water, which is the main reason why Kuwait Bay marine environment is rich in fish and shrimp. These birds restore the health of Kuwait Bay in this way, and we thus attain food security,” she said.

“The increase or decrease in birds gives us a clear picture of how Kuwait is an attractive habitat in which there is safety, no human activity, excellent nutrition and no overfishing, in addition to climate stability,” added Ugab.

Mohammad Shah, head of the team for monitoring birds at KEPS, said this event was held in conjunction with International Day of Counting Birds, which held annually in January. “We gather participants to see the birds, count them and write reports to educate the community. This year we expanded the event for the first time and added a bird photo exhibition.

Also, we organized a workshop for children to draw birds and learn about their importance to the environment, in addition to a beach cleaning campaign as well as a live show by a drone of the birds flying around,” he said. Shah revealed that last year, the Kuwait Environment Protection Society counted 5,000 Socotra cormorants, noting that this year in Kuwait, they exceeded 10,000.

Regarding the beach cleaning campaign, Romanian Ambassador to Kuwait Mugurel Stanescu said: “I’m thrilled to be here today to see the bird observation. We are participating today in the beach cleanup campaign. People have to be aware of the environment; they should learn how to pick up their trash.  Kuwait provides trash bins everywhere. It is something we will leave for our children and the future generations.” He added: “It’s affecting me personally, since I’m very keen on recycling and happy to see such a campaign for a better future for Kuwait.”

Charge d’Affaires at the US Embassy James Holtsnider said: “It’s great to see this part of the beauty of Kuwait’s natural habitat of birds and animals. I don’t think people understand the important role Kuwait plays as a place for migratory birds. Kuwait has to keep the environment clean.” He also praised Kuwaiti photographers. “Kuwait has one of the best wildlife photographers in the world. You often see their work in National Geographic and natural exhibits. The embassy is keen to cooperate with and support such events.” 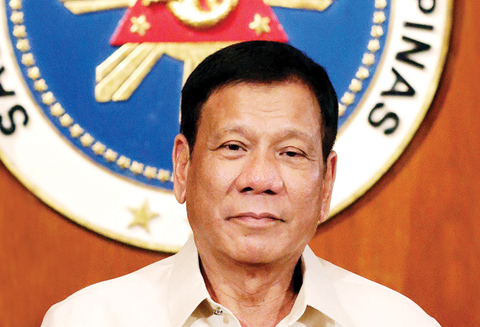 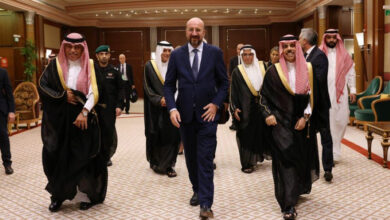