WASHINGTON: US President Donald Trump launched a fresh attack on London Mayor Sadiq Khan, backing a right-wing British columnist who has been widely accused of Islamophobia and once called migrants “cockroaches.” Trump attached his latest denunciation of the mayor to a retweet by Katie Hopkins about crime in “Khan’s Londonistan” – using a term widely perceived as a pejorative reference to the British capital’s Muslim population and Khan’s Pakistan ancestry. “LONDON needs a new mayor ASAP. Khan is a disaster – will only get worse!” Trump wrote in response to Hopkins’ tweet, later adding the mayor was “a national disgrace who is destroying” the city.

Earlier this month the president’s plane had not even touched down in London for the start of a state visit when he tweeted that Khan was a “stone cold loser.” Khan had criticized the red carpet treatment being given Trump for the visit. Trump said the mayor should “focus on crime in London, not me,” and made a derisive reference to Khan’s height. Khan, London’s first Muslim mayor, had led opposition to Trump’s visit, writing a newspaper article in which he compared the US leader to European dictators from the 1930s and 1940s.

At that time, the mayor’s spokesman called Trump’s tweets “childish” and “beneath the president of the United States.” On a trip to London in July last year, Trump accused Khan of doing “a very bad job on terrorism,” linking immigration to a deadly wave of crime in London. The feud began when Khan, the son of a bus driver who emigrated from Pakistan in the 1960s, criticized Trump’s travel ban on people from certain Muslim countries.

Hopkins, who wrote in support of Trump’s election campaign during her time at the Daily Mail, has been dogged by numerous allegations of Islamophobia and hate speech during her career as a columnist. Her description of migrants as “cockroaches” in 2015 prompted a rebuke by former UN High Commissioner for Refugees Zeid Ra’ad Al Husein, who said Hopkins had used language similar to that employed by some Rwandan media outlets in the run-up to the 1994 genocide, and by the Nazis in the 1930s.- AFP

From apples to almonds India increases tariffs on US goods

Bashir charged in first appearance since his ouster 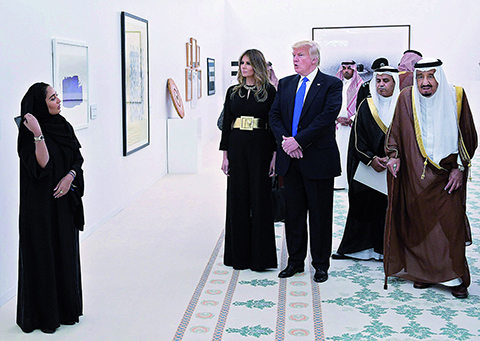 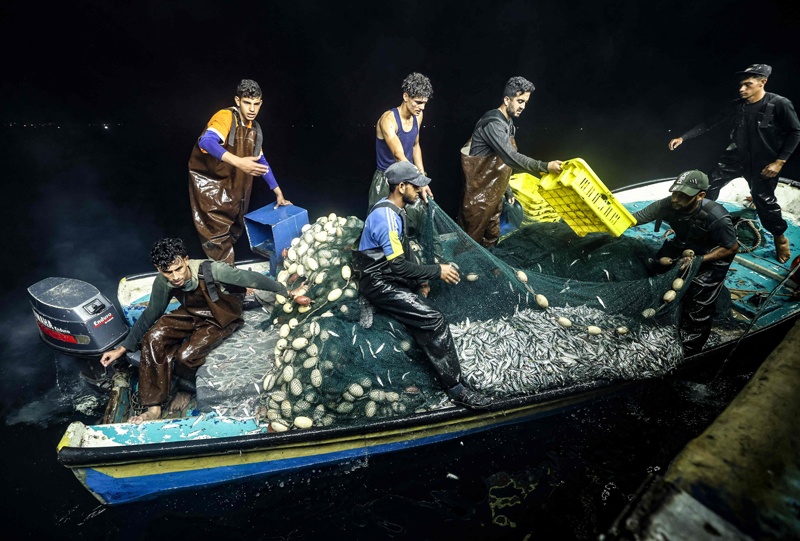 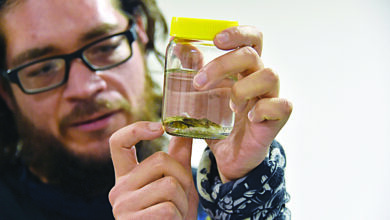 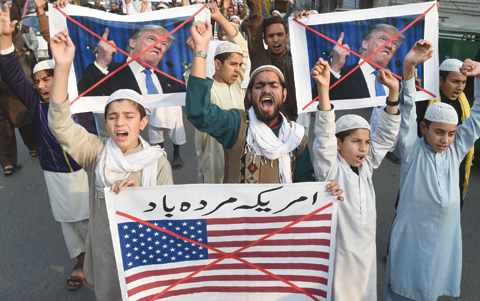 Trump could freeze $2 billion of Pakistan aid over militia havens