KUWAIT: The Embassy of the Republic of Korea to Kuwait and the Middle East Chapter of the Peaceful Unification Advisory Commission (PUAC) held a Korean culinary event ‘Kuwait Kimchi Class 2022’ on Tuesday, titled “Discover the kimchis across the Korean Peninsula”. South Korean Ambassador to Kuwait Chung Byung-ha said Nov 22 marks Kimchi Day to recognize the importance of the Korean dish and celebrate Korean culture. “Kimchi Day is marked on November 22 because it has 11 ingredients and 22 health benefits,” he said.

“We started the event last year when we hosted kimchi-related events. Last year, we had a food competition using kimchi, and this year we invited experts to tell us about the dish. The discovery of a new dish means happiness for human beings. I think the discovery of kimchi will be the best way to understand and discover the Korean people and culture,” Chung noted.

“We see today that many Kuwaitis show interest in Korean culture, K-drama, K-films and even K-pop stars. If you watch Korean films, you will say that you love Korea, but if you have a taste of kimchi, understand it and make it, you are already a Korean. It is really good to see many Kuwaitis showing interest in making Kimchi, and I think it is kind of a way to better understand the Korean culture,” he said.

The ambassador revealed the embassy will organize a food festival to introduce the culture of Korea. “Wintertime in Kuwait is the best season. We are going to host a food festival in December at the embassy from 5 pm to 8 pm to let people enjoy Korean street food.”

Regarding the BTS member who performed at the opening of the World Cup in Qatar, he said the performance of the K-pop superstar Jung Kook was great, adding it represented the power of Korean culture and made a contribution to the success of the World Cup, hoping to arrange a visit of the band to Kuwait.

Dr Ji-Young Hong, a Professor at the College of Southern Nevada and an expert in K-culture, spoke about the history of kimchi, its origin and the science behind it. She explained how to cook the spicy, salty and sour traditional Korean side dish that has gained international popularity. “I created special ingredients for Kuwait. The kimchi that will be made today will not be authentic kimchi. I used local ingredients from the market of Kuwait to make all people enjoy the kimchi with Kuwaiti ingredients,” she said.

“We have our own way to make kimchi. I tried to follow the authentic way but with local ingredients, lowering the level of spiciness and adjusting the sweetness. The main ingredients are cucumber, onion, green onion, sugar, garlic, red pepper, salt and spices. I asked around what the level of spiciness Kuwaiti people enjoy and adjusted the recipe according to that. Korean people love it spicy,” Hong pointed out. She said this is her first participation in Kuwait, her third country to have a kimchi class after the US and Cuba.

Kimchi is not simply a side dish for most Koreans but a representative cultural icon of Korea. This typical Korean food is world-renowned as the most authentic Korean dish, praised for its nutritional value as well as unique flavor and taste. The Korean Embassy and PUAC partnered to bring the kimchi class to Kuwait, which covered everything about making and enjoying kimchi from scratch.

This culinary event also allowed all participants to experience hands-on kimchi making and sampling six kinds of kimchis with different ingredients and recipes. Chung introduced kimchi as Korean soul food having historical and sentimental ties and a distinct identity. 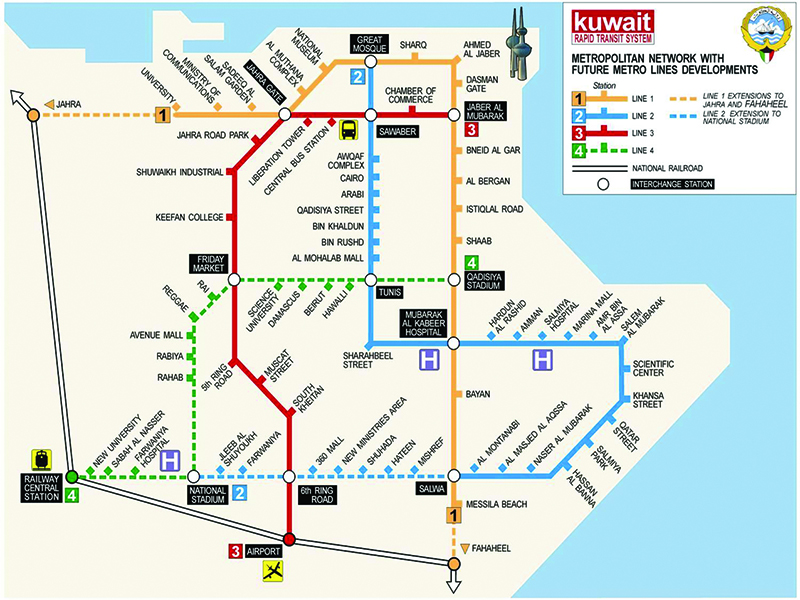 Planned Kuwait metro to stretch over 160kms and have 68 stations 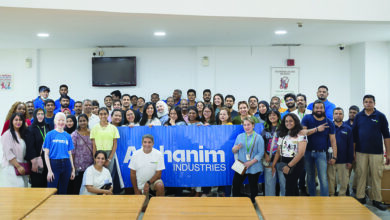 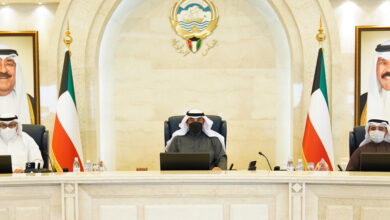