KUWAIT: Gulf countries were yesterday bracing for the economic and security fallout after US President Donald Trump announced the United States was exiting the Iran nuclear deal. Three countries led by Saudi Arabia immediately backed Trump, while Qatar reacted cautiously. Oman and Kuwait also gave circumspect positions. Kuwait yesterday said it followed up with great interest Trump’s announcement of withdrawing from the Iran nuclear deal. A foreign ministry source said in a statement that Kuwait had welcomed the agreement when it was announced in 2015, especially since it was endorsed by UN Security Council resolution 2231.

At that time, Kuwait underlined the necessity of Iran honoring its full commitments in line with the Nuclear Non-Proliferation Treaty (NPT) and the Comprehensive Safeguards Agreement with the International Atomic Energy Agency (IAEA). Also, Kuwait had reiterated that the pact would contribute to boosting regional security and stability, despite realizing it did not fully respond to worries and concerns of countries in the region resulting from Iran’s negative conduct with these states.

Kuwait has always emphasized the necessity of non-interference in the internal affairs of other countries and respecting their sovereignty in line with international charters and norms, the source added. If the US proposed amendments to the agreement that were not approved, prompting Washington to take a certain stance toward the pact, Kuwait understands and respects the US move, the source noted. The foreign ministry stressed Kuwait’s unwavering stance calling for turning the Middle East into a zone free of weapons of mass destruction (WMD), at a time when everyone is seeking to achieve security and stability in the region that has suffered from unrest and wars for long.

Trump dealt a hammer blow to the Joint Comprehensive Plan of Action (JCPOA) on Tuesday, removing key sanctions relief for Tehran and casting its future into doubt. “We will be instituting the highest level of economic sanction,” Trump said, warning that any nation could suffer American economic wrath for aiding the Islamic republic. Oil prices rose after Trump’s announcement, prompting Saudi Arabia to pledge it would work to prevent supply shortages.

US Treasury sanctions on Iran’s petroleum exports are to snap back in November, just weeks before the expiry of a deal between Saudi Arabia and other major oil producers to cut output. While Gulf petro-states stand to benefit from a rise in prices, the US move could mean new fissures in the region. In remarks an hour before Trump’s declaration, senior Kuwaiti diplomat Khaled Al-Jarallah said his country stood by the JCPOA as the best option for “stability” in the region.

Qatar, alienated by a Saudi-led boycott, said priority must be given to non-proliferation and preventing a nuclear arms race. “All parties have an interest to act with restraint and wisdom in the face of this situation and to try to resolve conflicts through dialogue,” its foreign ministry said. Dubai, whose volume of trade of trade with Iran is in the billions of dollars, saw its stock market dip a noteworthy two percent. Oman, the back-channel for US-Iran talks that paved the way for the 2015 accord, said yesterday “the option of confrontation is not in the interest of any party”.

Anxious Gulf states will be closely monitoring the Russian, Chinese and European response to the US financial gauntlet in the coming weeks and months. Middle East analyst James Dorsey, a senior fellow at Singapore’s S Rajaratnam School of International Studies, said any economic showdown will force Gulf states to weigh their responses. Saudi Arabia, whose heir to the throne Mohammed bin Salman is seeking foreign investment for his “Vision 2030” program of reforms for a post-oil era, may not put all his eggs in Trump’s basket.

Washington’s allies may find formulas to avoid sanctions exposure. Oman has plans in the works for a sea pipeline that will import Iranian natural gas. “The deal has been structured in a way that it is shielded from any potential liability or prosecution under the American sanctions,” said an Omani analyst, who declined to be named due to the sensitivity of the subject.

The analyst told AFP the sultanate has drawn up contingency plans for various scenarios, even an economic boycott by hawkish Gulf neighbors. He said the United Arab Emirates and Saudi Arabia have recently imposed barriers on movement of people and goods “on and off”. While Muscat is skeptical its neighbors would resort to a total embargo, “everything is possible”. Should new cracks emerge in the region, ambitious economies, namely China, could seek zones of influence. The concern, the analyst said, is the Gulf becoming “the new playground for a revived Cold War”.

Europeans work to save deal
Meanwhile, world powers vowed yesterday to uphold the landmark deal curbing Iran’s nuclear program. Trump’s decision to ditch the accord and re-impose sanctions on the Islamic republic risks overturning years of painstaking diplomacy, worsening instability in the Middle East and threatens foreign companies’ business in Iran worth billions of dollars. “The risks of confrontation are real,” warned France’s Foreign Minister Jean-Yves Le Drian, adding that Europe would act to “avoid the explosion (of conflict) that risks happening if… no measures are taken.”

Iran reacted furiously to Trump’s decision, with lawmakers burning a US flag and chanting “Death to America” in the Iranian parliament. But its regional rivals Saudi Arabia and Israel applauded the US move. Trump’s advisor John Bolton said earlier that European firms doing business in Iran have a six-month deadline to wind up investments or risk US sanctions. European governments are going “to do everything to protect the interests” of their companies, said an official in the French presidency, who asked not to be named.

But Iran’s supreme leader Ayatollah Ali Khamenei said Iran too should quit the nuclear deal unless Europeans offer solid guarantees that trade relations would continue. “If you don’t succeed in obtaining a definitive guarantee – and I really doubt that you can – at that moment, we cannot continue like this,” he told Iran’s government in a televised speech. China said it will maintain “normal economic and trade exchanges” with Iran despite Trump’s decision. Beijing will “remain in dialogue with all parties and continue to devote itself to safeguard and implement the deal,” a spokesman said.

Britain, a signatory to the 2015 deal, said it remained committed, with Foreign Secretary Boris Johnson urging Washington “to avoid taking action that would hinder other parties from continuing to make the agreement work”. Slapping aside more than a decade and a half of diplomacy by Britain, China, France, Germany, Iran, Russia and past US administrations, Trump called Tuesday for a “new and lasting deal”. He described the accord as an “embarrassment” to the United States that did nothing to contain Iran’s nuclear ambitions.

French President Emmanuel Macron and Iran’s Hassan Rouhani agreed yesterday to work toward the continued implementation of the nuclear deal despite the US decision, which Macron called “a mistake”. Earlier, German Chancellor Angela Merkel said European signatories would “do everything” to ensure the agreement’s parameters remain in place.
Trump’s decision marked a stark diplomatic defeat for Europe, whose leaders begged the US leader to think again. Bolton insisted that cooperation with Europe on Iran was not over. The US will “work with the Europeans and others not only on the nuclear issue but on Iran’s ballistic missile development, its continuing support for terrorism and its military activities that jeopardize our friends,” he told Fox News.

The move offers Trump a domestic victory, fulfilling a longstanding campaign promise. But the long-term impact for US foreign policy and for the Middle East was less clear. Turkish President Recep Tayyip Erdogan said the United States will “lose in the end” from its decision, which Ankara has warned could provoke “new conflicts” in the region. Russian President Vladimir Putin expressed his country’s “deep concern” over the US withdrawal.

Middle East specialist Denis Bauchard of the French international relations institute IFRI told AFP Trump’s move aimed “to cause the fall of a regime that he considers a threat to the security of the United States and Israel”. Some analysts warned the move would also complicate US efforts to reach an agreement with North Korean leader Kim Jong Un over his country’s own more advanced weapons program. Former CIA director John Brennan said Trump’s move “gave North Korea more reason to keep its nukes”. – Agencies

MPs to vote on two motions of no-confidence 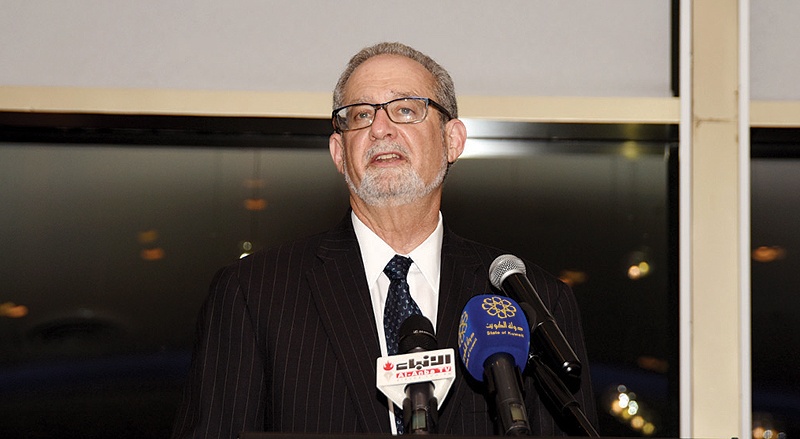 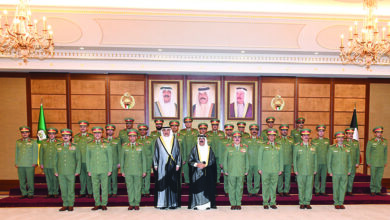 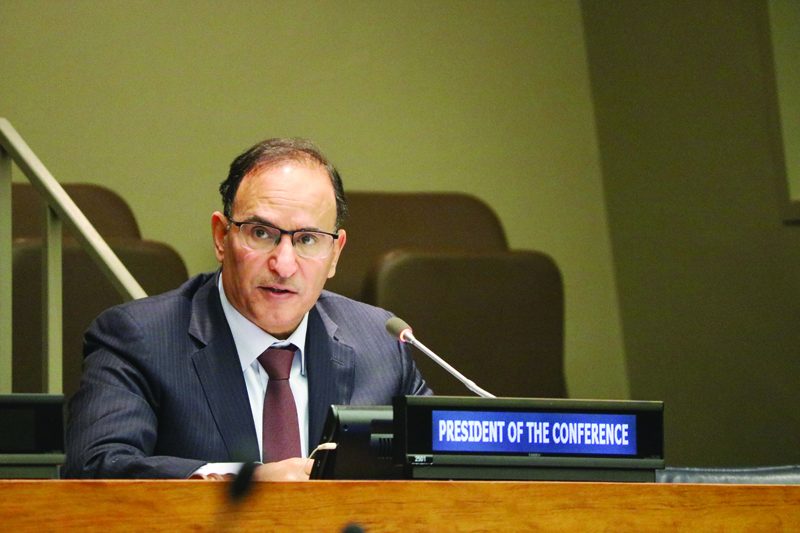