This year’s session will be co-chaired by Kuwait’s Deputy Prime Minister and Foreign Minister Sheikh Sabah Al-Khaled Al-Hamad Al-Sabah and US Secretary of State Mike Pompeo. The strategic dialogue will set a roadmap for cooperation between Kuwait and the US for the next 25 years in different fields. Trade exchange amounted to $4 billion and Kuwait was investing $400 billion in the US. Kuwait and the US are also important players in the counter-terrorism efforts as well as in the global fight against the so-called Islamic State (IS).

The two countries seek, through strategic dialogue, to boost cooperation and coordination over regional and international issues, US Ambassador to Kuwait Lawrence Silverman said. The dialogue is a foundation for “our continuous work” and was supported the leaderships in the two countries, he added. Since the strategic dialogue was established in October 2016, said Silverman, work groups began implementing cooperation means in defense, trade, security, investment, consular affairs and education. Relations between the Kuwaiti and American armies are excellent, he said, and the US commitment to defending Kuwait’s security was firm.

Silverman said the US was providing technical support for Kuwait army and security forces. He added US and Kuwaiti military personnel were working together on training of Kuwait armed forces. America is the second largest exporter of goods and services to Kuwait, said Silverman. The US, he affirmed, welcomed His Highness the Amir Sheikh Sabah Al-Ahmad Al-Jaber Al-Sabah’s initiatives aimed at maintaining security of Kuwait, as well as achieving security and stability in the region. Kuwait also played a key role in regional issues, he said, hosting donor conferences for Syria and an international meeting for the reconstruction of Iraq last February.

Meanwhile, a Kuwaiti official said that signing an agreement to boost their ongoing Strategic Dialogue and others in defense, security and economic affairs will be on the agenda of Pompeo’s visit to Kuwait. During his past trip to Washington in September, His Highness the Amir Sheikh Sabah Al-Ahmad Al-Jaber Al-Sabah signed numerous deals illustrating the two countries’ intent to further cement their relationship, according to Reem Al-Khaled, Kuwait’s assistant foreign minister for the Americas. In Kuwait, a meeting for Pompeo with His Highness is scheduled, whereby, along with Deputy Prime Minister and Foreign Minister Sheikh Sabah Khaled Al-Hamad Al-Sabah, the three will discuss developments on issues of mutual significance, added Khaled.

The talks will also present an opportunity to delve into several regional and global matters, namely the Gulf dispute, relations between Gulf states and Iran and the situations in Syria, Yemen and Libya. About the Strategic Dialogue, currently in its third annual session, this will include the usual topics of defense, education, economics, consulate and customs affairs, civil aviation and cyber security – with the matters of trade and scientific research introduced to the fold for the very first time.

The Kuwaiti official also pointed out that five working groups, stemming from the dialogue, have been meeting on several occasions during the year. One of these will host businesspersons and companies at an economic and investment forum jointly organized by the Kuwaiti and US chambers of commerce, both of whom are expected to sign a memorandum of understanding aimed at boosting economic relations. – KUNA 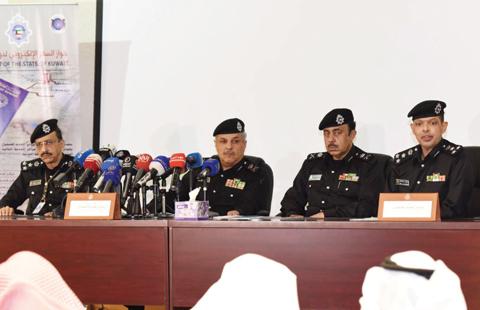 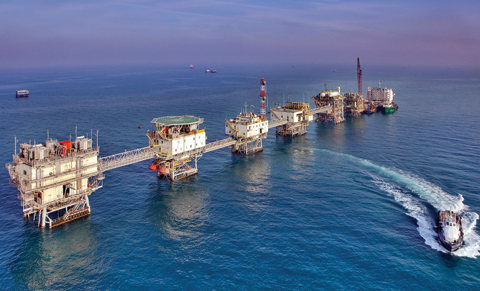 Oil production in neutral zone to resume in December