KUWAIT: Kuwait marks today the 29th anniversary of the 1990 Iraqi brutal invasion, which severely and harshly sought to efface the identity of the country. Since the early hours of the invasion, the Kuwaiti government and people utterly rejected the flagrant aggression, and Kuwaitis, both at home and overseas, stood by the side of their legitimate leadership to defend their country, freedom and sovereignty. During the invasion, the Iraqis adopted a scorched-earth policy, setting 752 oil wells on fire, digging trenches and filling them with oil as a barrier against the US-led international coalition. Thanks to the wise leadership of the late Amir Sheikh Jaber Al-Ahmad Al-Jaber Al-Sabah, the late Father Amir Sheikh Saad Al-Abdullah Al-Salem Al-Sabah, and His Highness the Amir Sheikh Sabah Al-Ahmad Al-Sabah – who was the Foreign Minister at the time – and with the assistance of the Kuwaiti people, the country was able to gain support of the international community and to achieve liberation.

World condemnation
As soon as the aggression took place, the world condemned it and the UN Security Council issued a host of decisive resolutions, starting with Resolution 660, which demanded an immediate withdrawal of the Iraqi forces from Kuwait. Then other ones followed under Chapter VII of the UN Charter. Arab and international reactions adopted similar stances, demanding immediate withdrawal of aggressors, and holding the Iraqi regime accountable for all the damages caused by the invasion. His Highness Sheikh Sabah Al-Ahmad Al-Sabah, being in charge of the foreign ministry portfolio, played a key role in mobilizing Arab and international support to Kuwait’s legitimacy, thanks to his long experience as Kuwait’s chief diplomat since 1963. Over the long years, he had managed to establish strong ties with the UN, its affiliate organizations and member states. Sheikh Sabah’s hard and sincere efforts for the nation proved fruitful, as he managed to gain the world’s support for ousting the aggressors, liberating Kuwait and restoring the nation’s legitimacy and sovereignty.

Policy towards Iraq
In the years that followed the invasion, more precisely 1990 to 2001, Kuwait’s foreign policy towards Iraq was based on certain constants, mainly established in line with the UN Security Council resolutions issued before and during the crisis. One of these was the council’s Resolution 687 of 1991. Until 2003, the main features of this policy were: Saddam Hussein’s regime could not be trusted or dealt with; the Iraqis were victims of a dictatorial regime; and Kuwait would stand by the side of the Iraqis, as Arabs and Muslims. “We distinguish between the Iraqi regime and the Iraqi people, and we are outraged that the people of our neighboring country must endure poverty and starvation,” His Highness Sheikh Sabah had remarked. He stressed that Kuwait would carry on with helping the Iraqi people after the invasion, especially for the refugees in the north and south. His Highness Sheikh Sabah’s famous proclamation on August 4, 1998 was in response to allegations by the Iraqi regime that Kuwait was behind the international sanctions on the government of Baghdad. “We are not a super power to force the (UN) Security Council to lift, or to keep sanctions on Iraq,” His Highness Sheikh Sabah said, noting that “Iraqis residing in Kuwaiti live with dignity and respect.” On November 23, 1998, during a visit by Egypt’s former minister of foreign affairs Amr Moussa, His Highness Sheikh Sabah said: “Kuwait does not plan inflicting any harm on Iraq or its people, and overthrowing the Iraqi President Saddam Hussein is an internal affair that Kuwait will not interfere with.”

Humanitarian principles
Thanks to the humanitarian principles that Kuwait and the people have adhered to, the Kuwaiti relief aid have been flowing into Iraq since 1993. Prompted by His Highness Sheikh Sabah’s directives, the Kuwait Red Crescent Society (KRCS) provided assistance to the refugees at home and in Iran in April, 1995. Following the liberation war of Iraq in 2003, Kuwait hurried with relief and humanitarian aid to the refugees there, as a major donor to the country. In April 2008, Kuwait donated $1 million to the UN refugee agency to support its operations for alleviating the suffering of the Iraqi people who lacked basic needs, food, water and health care.In November 2010, Kuwait announced providing $1 million to the agency to offer aid to the homeless Iraqis who were forced to seek safer places. During the 65th session of the Social, Humanitarian and Cultural and Social Committee of the UN General Assembly, Kuwait stressed the importance of the humanitarian side in the issue of the Iraq refugees, and providing them with protection and ensuring their safety and security is a shared responsibility of the international community.
Amid the rise of the number of displaced Iraqis and the deterioration of their conditions, Kuwait on July 11, 2014, donated $3 million to the UN refugee agency in humanitarian aid for Iraq, and in 2015 presented $200 million for the same purpose. In 2016, and ahead of the Muslim fasting month of Ramadan, Kuwait distributed 12,000 food packages through its charity organizations in Iraq’s Kurdistan region. The same year, the KRCS offered 40,000 rations of food to the displaced Iraqis in the region. Also during a conference for Iraq’s donors in Washington, July 2016, Kuwait pledged $176 million to the Iraqi people. The UN Security Council highly appreciated Kuwait’s continued support to realize stability in Iraq. Moreover, after the Iraqi government announced the liberation of Iraq’s city of Mosul from the so-called Islamic State (IS), July 2017, Kuwait expressed readiness to host an international conference for the reconstruction of the liberated regions, in line with the country’s long-established principles of supporting “Arab brothers.”

Historic visit
In February 2018, The Kuwait-hosted a conference that raised up to $30 billion of aid pledges by donor countries and the development institutions. Last June, His Highness the Amir Sheikh Sabah Al-Ahmad Al-Jaber Al-Sabah headed to Iraq in a “historical visit” that allowed the two countries to boost their relations on all levels. The recent visits between senior officials at the highest level between the two countries comes within the framework of mutual efforts to cement and expand economic and commercial relations, with plans to carve out a free trade zone and facilitate cross-border commodities’ transport and businesses. – KUNA 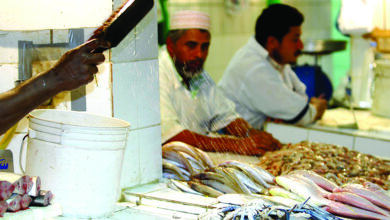 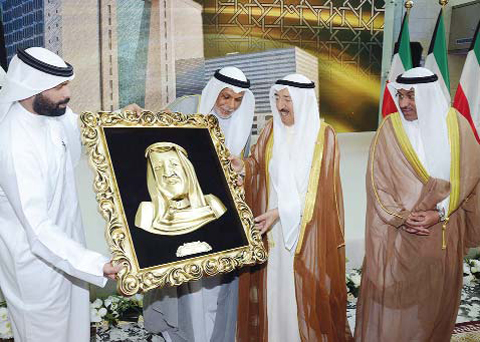 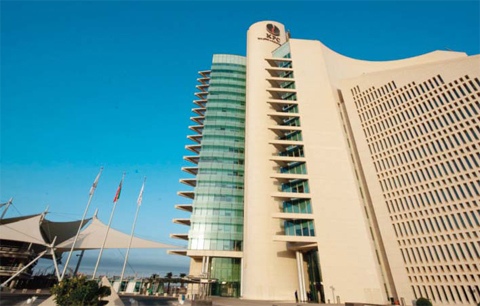