KUWAIT: Global economies, particularly GCC economies must draw a strategic plan to weather the possible impacts of climate change on their economies, a Kuwaiti economist said, pointing out that such a clear strategy could help Kuwait economy cushion the current and future effects of climatic turbulences. Talking to Kuwait Times on the implications of climate change on global economies, economist Nader Al-Obaid also discussed in detail the possible impact of rising temperatures on the economic growth in many sectors of Kuwait.

Over the years, economic growth has been negatively impacted across the world by various factors; some of them caused by human actions such as wars, economic crises or political tensions while others triggered by natural causes such as climate change and soaring temperatures.

“In Kuwait, the agriculture sector is one sector which has been impacted by climate change and rising temperatures, especially when we talk about seasonal products,” Al-Obaid said. “However, the impact of climate change on Kuwait’s farm sector has been largely limited due to weak local agricultural production and a lack of proper government focus,” he said.

“Kuwait needs a clear strategic plan to ward off the impact of climate change and maintain a stable level of economic growth. Qatar has put in place a scientific mechanism that helps the country maintain certain temperature levels in their lands and increase its green spaces while we in Kuwait still suffer from a lack of green spaces that help in reducing the effect of soaring temperature levels,” he said.

Al-Obaid said “Kuwait does not have a proactive plan to deal with the circumstance and maintain our economic growth. Therefore, we need a clear strategic plan that limits the impact of climate change on economy. Such a strategic plan will help the country expand its agricultural land, create more job opportunities and diversify its sources of income. Such an initiative will also help the creation of more productive areas in the country to boost livestock and bolster food security in addition to increasing biodiversity in urban areas,” he pointed out.

Saudi Arabia is probably the worst affected country in the GCC as climate change has hugely impacted its agricultural output. The country has around 99,5000 hectares of agricultural land and the kingdom has invested heavily in this land to develop agriculture products to ensure food security for the country and for exports. “Therefore, if the agriculture sector is affected by climate change, it will undoubtedly affect its economic growth. Remember, Saudi Arabia produces a number of top-end farm products such as prime quality dates,” he pointed out.

“If we look at the Gulf countries, we could see that Qatar is the most efficient country in terms of agriculture and self-sufficiency because it has invested in modern technology and hydroponics to boost its agriculture production,” he added. Al-Obaid clarified, “In each country, economic growth depends on what its economy depends on. In Kuwait, climate change is affecting the construction and contracting sectors primarily due to the allocation of specific hours for workers in view of the excruciating heat that exceeds over 60 degree Celsius during summer season.”

“High temperatures will also affect the worker productivity. According to several international studies, employee productivity decreases by 4 percent with every rise of temperature by 10 degree Celsius. As a result, handicraft and manufacturing industrial businesses are more affected compared to the electronic business sector. Therefore, online sector is the most thriving business during summer,” he said. “The smartest thing business owners could do is to maintain their employees’ productivity during summer as it will increase the profits of the organization and boost the economic growth of the country. Studies indicated that the jobs that do not require the employees to move from one place to another or work from home system will yield more productivity. Unfortunately, this system has not been used effectively in Kuwait except during the pandemic,” he said. 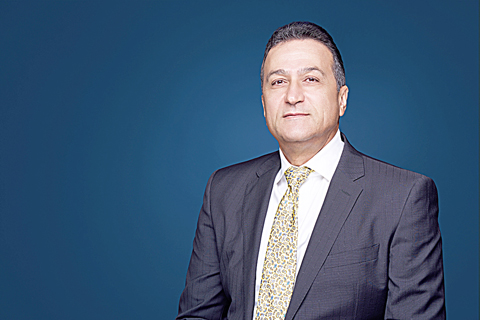 URC achieves 4.55% growth in operating revenues in nine months of 2018 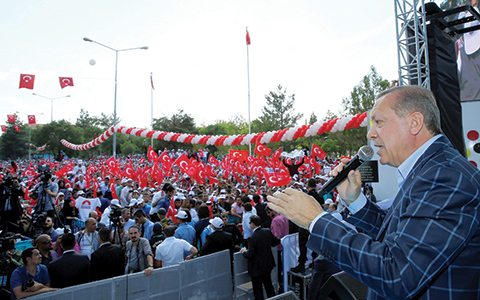 Erdogan slams US support of Kurdish militias in Syria

Agility recognized as a leader in Magic Quadrant for 3PL Providers, worldwide