CAIRO: The State of Kuwait pledged yesterday to pursue efforts for bolstering joint Arab action at various levels, reaffirmed support for the Palestinian people and international efforts to resolve the Ukrainian crisis with diplomacy. The Kuwaiti vow was declared by Foreign Minister and Minister of State for Cabinet Affairs Sheikh Dr Ahmad Nasser Al-Mohammad Al-Sabah during a session of the Arab League Ministerial Council, held in Cairo, Egypt. The foreign minister, in his address marking conclusion of the council 156th session and handover of the chairmanship to Lebanon for the freshly inaugurated 157th session, expressed gratitude to the Arab League Secretary General Ahmad Abul Gheit and the AL Secretariat staff for their efforts during the Kuwaiti chairmanship mandate.

Kuwait, during the 156th session, sought to attain Arab solidarity and unify views toward urgent Arab issues, he said, noting that on September 20, 2021, a meeting was held at the office of the permanent Kuwaiti mission at the UN for consultations among the Arab League member states on issues listed in agenda of the 76th session of the UN General Assembly. Minister Sheikh Dr Ahmad Nasser noted that on October 21, 2021, in response to an invitation from Libya, the State of Kuwait took part in chairing a conference for supporting stability in Libya, held in Tripoli. And, in November 2021, it took part in an international conference for Libya in Paris.

The minister listed other instances where Kuwait took action for sake of maintaining Arabs’ solidarity, noting that on January 22, 2022, the State of Kuwait during its chairmanship of the Arab Ministerial Council, relayed a “Kuwaiti-Gulf-Arab-international” message to Lebanon including ideas on rebuilding confidence between Beirut and Arab states. On January 23, 2022, Kuwait headed an emergency session of the Arab League Council at the level of permanent delegates for taking a unified stance against terrorist Houthi militias’ attacks on civilian targets in the UAE. A resolution was declared condemning the flagrant terrorist offensives. On January 24, 2022, in response to an invitation from the European Union, a meeting was held with EU states’ foreign ministers where the Arab stances were expressed to them toward various regional and international issues.

Shedding further light on Kuwait’s political action in this regard, minister Sheikh Dr Ahmad Nasser noted that on January 30, 2022, Kuwait hosted the annual consultative Arab ministerial meeting, during which the conferees decided to take tangible steps regarding Arab causes. Moreover, during the meeting, Kuwait presented an initiative themed “the Arab food security.”

On February 21, 2022, Kuwait headed the 58th meeting of senior Arab officials concerned with nuclear arms and weapons of mass destruction (WMDs) for taking a unified stand on the issue. On February 28, 2022, Kuwait headed an emergency Arab meeting at the level of permanent delegates at the Arab League to discuss the Ukrainian crisis, where the conferees declared support for efforts to resolve it with diplomacy.

Minister Sheikh Dr Ahmad Nasser renewed the unwavering support for the Palestinian people, holding the Zionist entity, the occupation-hinging force, responsible for crimes perpetrated against the Palestinians in violation of international laws and conventions. The international community should shoulder the responsibility to revive the Middle East peace process according to relevant UN resolutions and the Arab Peace Initiative, he said. He applauded the African Union decision to suspend a decision to grant the Zionist entity the observer status.

Turning to Ukraine, he underscored necessity for Pan-Arab coordination to cope with ramifications of the crisis, affirming in this context the State of Kuwait adherence to the international laws and the UN charter that reject employment of force or threats to resolve states’ strife. The State of Kuwait supports efforts by the UN and other international parties to de-escalate the situation and resolve the Ukrainian crisis, he affirmed. He called for further coordination among the Arab states to deal with impact of various external challenges affecting Arab peoples.

Meanwhile, Abul Gheit expressed his aspiration to see a diplomatic solution to the Ukraine issue and voiced concern at the looming cereals’ shortage in the Arab world. Addressing the session, Abul Gheit called for dialogue among stakeholders of the Ukraine-Russia crisis to resolve the issue, adding that this question should not overshadow Arab causes. He called on the Arab states to be ready for defending “our interests and take stances that serve our objectives” amid forecast pressures by quarreling superpowers.” Economic fallouts from the Ukrainian crisis have become well known and our region will suffer, regretfully,” he said, urging the Arab League member states to map out strategies to minimize forecast hardships, affirming that the Arab nations would suffer from cereals’ shortage, in particular.

He indicated at a Kuwaiti proposal during a ministerial meeting, held on January 30, for examining food security in the Arab world and prospects of integration among the member countries of the Arab organization at the nutrition level. “Now emergency circumstances should prompt us to act seriously for addressing this file boldly,” he stressed. Several Arab states receive at least 50 percent of their needs of grains, namely wheat and cooking oil, from Ukraine and Russia. Military operations in Ukraine have obstructed exports of vital agricultural products to the Arab world. – KUNA 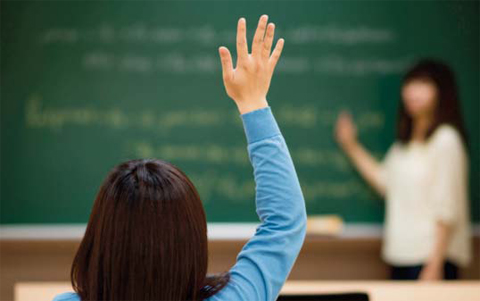 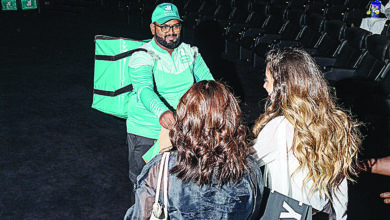 Deliveroo celebrates Eid with movie lovers in partnership with Cinescape 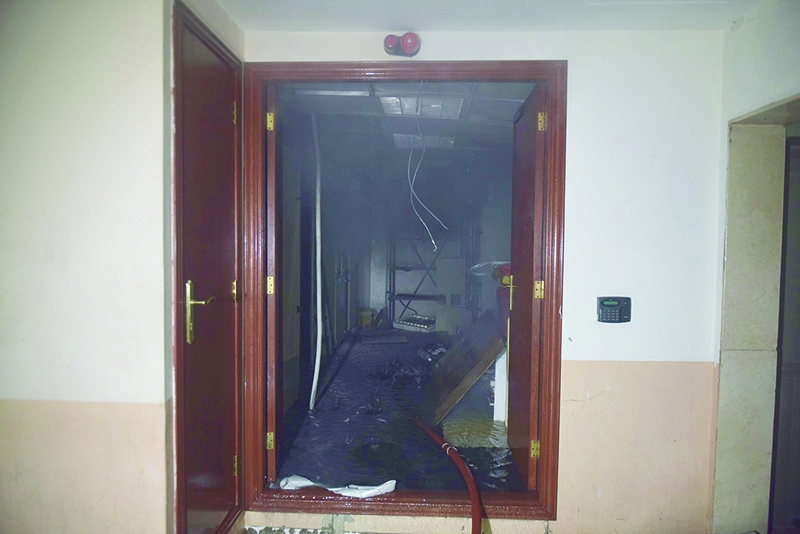