KUWAIT: The State of Kuwait fully respect what have been agreed upon with Iraq regarding border demarcation and maintenance of border signs, in line with UN resolution 833, a senior official affirmed Sunday.
Kuwait has been accused of “seizing parts of the Iraqi lands and occupied Khor (inlet) Abdullah, and I confirm that Kuwait has not violated an inch of the Iraqi territories as the State of Kuwait does not allow any part of its lands to be violated,” Deputy Foreign Minister Khaled Al-Jarallah said.

He was speaking to queries by reporters over statements by some Iraqi MPs claiming that Kuwait violated its navigation rights at Khor Abdullah. Jarallah, speaking during a reception held by Australian Embassy marking the national day, said Kuwait did not change the geographic conditions of this area.  UN resolution 833 demarcates the land borders and part of the marine borders up until sign No. 162, he said. This resolution was issued under Chapter VII of UN Charter. Jarallah said new maps were needed to be drawn following the maintenance of border signs in line with resolution 833. “We are not changing positions of the signs,” he added.

Kuwait and Iraq agreed to start drawing the new maps and will share the cost. “We have informed the UN about Kuwait’s readiness to draw these border maps, and we are awaiting approval of the Iraqi side,” he said.

Jarallah explained that Khor Abdullah is a waterway between Kuwait and Iraq. The two countries signed an agreement in 2012 to organize navigation in this inlet.  He said Kuwaiti and Iraqi officials met on January 24 and 27 to discuss organization of navigation in Khor Abdullah. Jarallah said they agreed on some navigation issues, but did not elaborate. He added that Kuwait would not protest against these claims because they did not reflect the Iraqi government’s position.
Jarallah, meanwhile, reiterated Kuwait’s continuous humanitarian support for the Iraqi people. Asked about the Kuwaiti prisoners and missing in Iraq, Al-Jarallah said “the information we have is about witnesses who are being questioned over some information about remains of Kuwaitis, but we did not receive anything specific so far.”

Amir’s letter
In the meantime, Jarallah mentioned that Iran has welcomed content of His Highness the Amir Sheikh Sabah Al-Ahmad Al-Jaber Al-Sabah’s letter to President Hassan Rouhani, on behalf of the Gulf Cooperation Council (GCC) countries. “The letter was delivered and has been apprehended,” he said. “The Iranian side welcomed the content of the letter and voiced readiness to positively react to its content.”
Jarallah expressed optimism that upcoming steps would witness a breakthrough in Gulf-Iran relations. He said the message of His Highness the Amir to Rouhani “is based on fundamentals of dialogue between the two sides.” First Deputy Prime Minister and Foreign Minister Sheikh Sabah Khaled Al-Hamad Al-Sabah delivered the message during a meeting with Rouhani in Tehran last Wednesday.

Executions
Meanwhile, Jarallah said that executions which took place recently in Kuwait followed “lawful and transparent” court hearings.  “These executions have not violated Arab, regional or international human rights treaties,” Jarallah told reporters. All defendants have lawyers and were granted full legal rights, He added.
Jarallah said court rulings were issued by an independent judicial authority. He added that courts held public hearings and judges granted defense lawyers for defendants.
On Wednesday, the central prison witnessed execution of death sentences against seven individuals who committed a number of heinous crimes, according to a statement by the public prosecution. The individuals were of Bangladeshi, Filipino, Ethiopian, Egyptian, and Kuwaiti nationalities, said the statement, adding that the death sentences were approved by His Highness the Amir.

Concern for security
In the meantime, Jarallah noted that the inauguration of the NATO-Istanbul Cooperation Initiative (ICI) regional center in Kuwait, which took place on on January 24th, reflects NATO’s explicit concern for Kuwait’s security and regional stability.
The center was opened in line with a previously-crafted accord between the North Atlantic Treaty Organization and the State of Kuwait and implicated “no messages whatsoever to any party,” he said, affirming Kuwait’s prime quest to bolster its security, stability and “solidity of its internal front.”

Jarallah further indicated that the NATO center would hold training courses and seminars by NATO personnel, experienced in various domains. On NATO Secretary General Jens Stoltenberg’s call on other GCC states, namely Saudi Arabia and Oman, to join the Istanbul Initiative, Jarallah noted that the First Deputy Prime Minister and Foreign Minister Sheikh Sabah Khaled Al-Hamad Al-Sabah, had expressed hope that GCC countries join it. “I believe this is the normal evolution that the Gulf Cooperation Council States become members in the Istanbul Initiative.” NATO’s Istanbul Cooperation Initiative, launched at the Alliance’s Summit in the Turkish city in June 2004, aims to contribute to long-term global and regional security by offering countries of the broader Middle East region practical bilateral security cooperation with the alliance.
Stoltenberg had affirmed that having the center in Kuwait proves NATO’s capability in adjusting to new challenges and working with Gulf countries. He had also indicated that cooperation at this level would facilitate joint action against terrorism and cybercrimes.

Turning to ties with Australia, Jarallah lauded these distinctive and developing bonds, underscoring weight of such a huge nation and recalling the Australians’ solid support for Kuwait in face of the 1990 aggression by the ousted Iraqi regime.
Nowadays, Australia plays a key role as part of the international coalition against “Daesh,” he said alluding to the so-called Islamic State (IS). He also re-affirmed Kuwait’s readiness to cooperate with Australia on various political, security and military issues, in addition to investments. – KUNA

Crimes down by nearly 25% 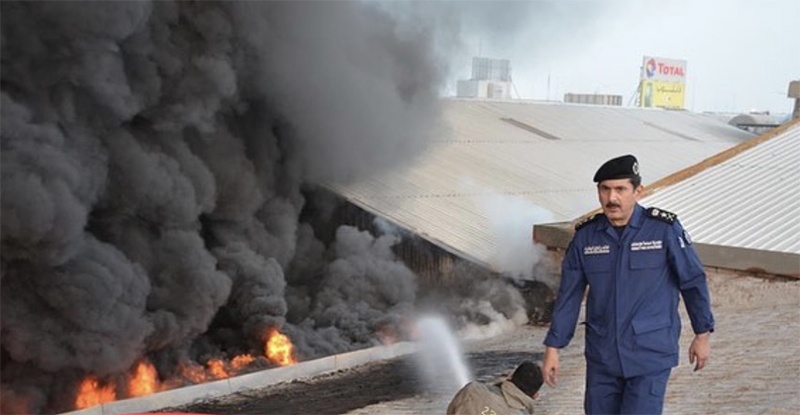 A massive fire engulfed an electronics workshop in Al-Rai area 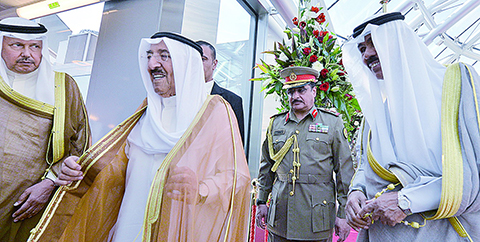 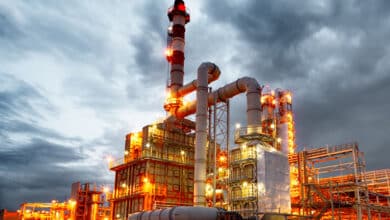