JEDDAH:  The solution to the “catastrophic” conflict in Syria can never be a military one, Kuwait’s First Deputy Prime Minister and Foreign Minister Sheikh Sabah Khaled Al-Hamad Al-Sabah said yesterday.

Speaking at an urgent meeting called by the Organization of Islamic Cooperation (OIC) to discuss the humanitarian crisis in the war-torn Syrian city of Aleppo, the Kuwaiti Foreign Minister urged all sides to return to the negotiating table in efforts to restore security and stability in Syria.

On the conflict that remains unabated for more than five years, Sheikh Sabah Al-Khaled pressed the international community for urgent and prompt action to put an end to the violence in Syria, calling for the immediate evacuation of civilians from besieged areas through safe passages.

Moreover, addressing the need to deliver much needed humanitarian aid to Aleppo, he said that it is incumbent upon the international community to act quick in order to mitigate the misery the Syrian people are living in.

Meanwhile, the foreign minister also spoke of viable suggestions comprising political efforts to put an end to the conflict in Syria, including plans by Gulf Cooperation Council (GCC) nations and Turkey to hold an urgent meeting of the UN General Assembly with the aim of exposing crimes being committed in Aleppo.

On the planned UN General Assembly meeting, he said that it will underscore that the war in Syria has reached perilous levels and has induced an unprecedented humanitarian catastrophe that poses a grave threat to global peace and security.
The Kuwaiti Foreign Minister also noted that since the war in Syria erupted more than five years ago, Kuwait has spared no effort to provide humanitarian aid to the Syrian people, worth $1.6 billion, as pledged during a trio of conferences on Syria hosted by Kuwait.

“What is happening in Syria, particularly, in Aleppo, is a shame and an insult to our dignity, as the blood of innocent people continues to be spilled,” he said.

He also thanked all those who participated in this urgent meeting, held to discuss the humanitarian crisis unfolding in Aleppo, for their “prompt response” and for their impeccable efforts to organize this meeting.

Sheikh Sabah Al-Khaled departed Jeddah after taking part in the urgent OIC meeting, called at the behest of Kuwait. Kuwait’s Ambassador to Saudi Arabia Sheikh Thamer Al-Ahmad Al-Sabah and the country’s Consul General in Jeddah and permanent envoy to the OIC Wael Al-Enezi bid farewell to the Kuwaiti Foreign Minister upon his departure.

Christmas Is NOT Haram! 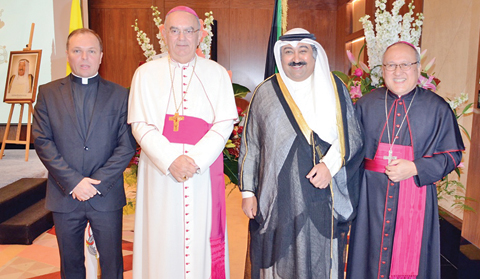 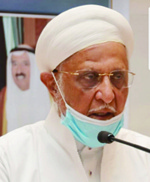