BEIJING: Kuwaiti Ambassador to China Samih Johar Hayat called on Kuwaitis to refrain from visiting China unless truly necessary due to the spread of the coronavirus. In a statement yesterday, the ambassador warned Kuwaitis against going to affected areas in China, especially Hubei province and its capital Wuhan. He advised citizens to immediately contact the Kuwait Embassy in Beijing and consulate generals in Shanghai, Guangzhou and Hong Kong in case of emergency.

Kuwait’s General Consul in Shanghai Meshaal Al-Shemali also called on Kuwaiti citizens to abstain from traveling to Shanghai due to the spread of the new coronavirus strain. Shemali said in a statement to KUNAthat all Kuwaiti nationals who are currently in Shanghai and surrounding districts should contact the consulate.

Meanwhile, the United Arab Emirates said yesterday that a Chinese family of four who arrived from Wuhan were infected with the new coronavirus, in the first confirmed cases in the Middle East. The health ministry said that the condition of the family from Wuhan – the quarantined Chinese city at the epicenter of the health crisis – was stable and that they were “under medical monitoring”.

The World Health Organization confirmed the infections, saying the family arrived in the Emirates earlier this month. They “were hospitalized on 25 and 27 January after testing positive for coronavirus,” it said in a statement, adding that two of the patients never showed any symptoms. “Due to the global nature of travel”, it is expected that more cases will appear in other countries, it said.

The WHO’s regional director, Ahmed Al-Mandhari, urged “individuals to stay calm and take the necessary precautions to keep themselves and their loved ones safe”. Gulf airports, including Dubai which is one of the world’s biggest aviation hubs, said last week they would screen all passengers arriving from China amid the outbreak of the deadly virus. The disease has spread to more than 15 countries since it emerged out of Wuhan late last year, with the death toll soaring to 132 and confirmed infections nearing 6,000.

All confirmed fatalities have so far been in China. Cases have been reported across the Asia Pacific region and in North America and Europe, but the infected family in the UAE are the first in the Middle East. Dubai’s government said last Thursday that some 989,000 Chinese tourists visited the glitzy emirate last year – a number expected to cross the one million mark in 2020. About 3.6 million Chinese transited through the emirate’s main airport in 2019.

China is the UAE’s top trading partner and Abu Dhabi is among the 15 top crude oil suppliers to Beijing. Several hundred Chinese companies have offices in the UAE. The coronavirus has caused alarm because of its similarity to SARS (Severe Acute Respiratory Syndrome), which killed nearly 650 people across mainland China and Hong Kong in 2002-2003. Like SARS, it can be passed among humans via the respiratory tract.

The UAE health ministry said it has taken “all the necessary precautions” in line with standards approved by the World Health Organization. It said that the country’s health system “works very efficiently and that the ministry is closely following the situation in a way that guarantees the health and safety of everyone.”

Foreign airlines began suspending flights to and from China yesterday as global fears mounted over the coronavirus epidemic. The flight announcements came hours after some countries began airlifts of their nationals trapped in Wuhan. Among the 206 Japanese nationals who returned home, 12 were hospitalized for tests and monitoring because they felt unwell or showed flu-like symptoms.

A growing number of governments – including the United States, Britain and Germany – have advised their citizens to avoid non-essential travel to China over concerns about the viral outbreak. China has urged its own citizens to delay trips abroad, with at least 15 countries having confirmed cases of the disease. British Airways was the first major airline to announce a total suspension of flights to and from China, citing the travel advice of the foreign office. “We apologize to customers for the inconvenience, but the safety of our customers and crew is always our priority,” the airline said in a statement.

Indonesia’s Lion Air Group, Southeast Asia’s biggest carrier by fleet size, then said it would halt services to and from China from Saturday “until further notice”. Meanwhile Kazakhstan, an important China trade partner, stopped issuing visas to Chinese citizens and said it would halt cross-border passenger train traffic and suspend regular flights between the neighbors. Airlines from Myanmar and Nepal also announced suspensions of all China routes. Cathay Pacific has reduced flights, citing low demand and the Hong Kong government’s response plan against the virus.

In one of the most dramatic measures, the tiny Pacific nation of Papua New Guinea announced no travellers from Asia would be allowed in. Mongolia closed its border to cars from China earlier this week. China has taken extraordinary measures to try and stop the disease spreading, including bans on tour groups travelling overseas, suspending schools and extending the Lunar New Year holiday.

Authorities last week banned most street traffic in and around Wuhan in an unprecedented quarantine effort, leaving more than 50 million people shuttered in their homes. “This is the first day since the lockdown that I’ve had to go out,” a man in his 50s told AFP on the mostly deserted streets of the industrial city yesterday. “I have no choice because I need to buy food.”

Thousands of foreigners have been among those trapped in Wuhan, now a near ghost-town. Countries have scrambled for days to try and get their citizens out of Wuhan safely, but have faced huge logistical, medical and bureaucratic hurdles. One US charter flight left Wuhan yesterday with 210 Americans on board – including consulate staff – according to US Centers for Disease Control and Prevention (CDC). They will be screened and monitored before arriving at March Air Reserve Base in California, the CDC said, adding that they will be evaluated on landing and then monitored again for symptoms.

Some 250 French citizens and 100 other Europeans will be flown out of Wuhan on board two French planes this week. The Italian government said it would send an aircraft today. Up to 70 Italians are reportedly in Wuhan. France said it would keep its returnees in a holding facility in Paris for 14 days – the estimated incubation period for the virus. Australia plans to house any citizens evacuated on an island normally used to detain asylum seekers.

The number of confirmed cases across China climbed to 5,974, while the death toll nationwide jumped to 132. The virus has rattled global markets and started to dent an already-slowing Chinese economy. Japanese automaker Toyota said it would keep its plants in China closed until at least February 9.

Tech giant Foxconn said yesterday that Taiwan staff at its vast network of factories in China do not need to return to work until mid-February, a move likely to impact global supply chains for tech companies that rely on the Taiwan company to manufacture everything from iPhones to flat-screen TVs and laptops. The virus has also disrupted sporting events, with a women’s football Olympic qualifier event moved from Wuhan to Australia. Despite the precaution, the Chinese team was quarantined in a Brisbane hotel after arriving for the competition, according to Australian media. – Agencies 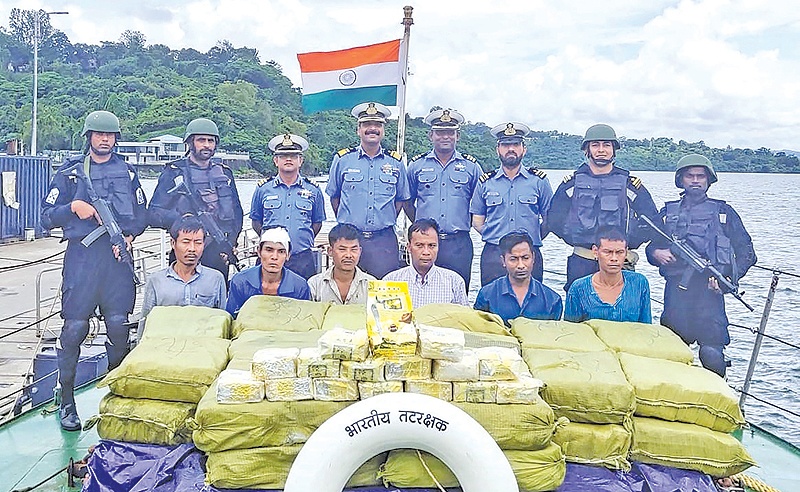 India seizes one ton of ketamine on boat 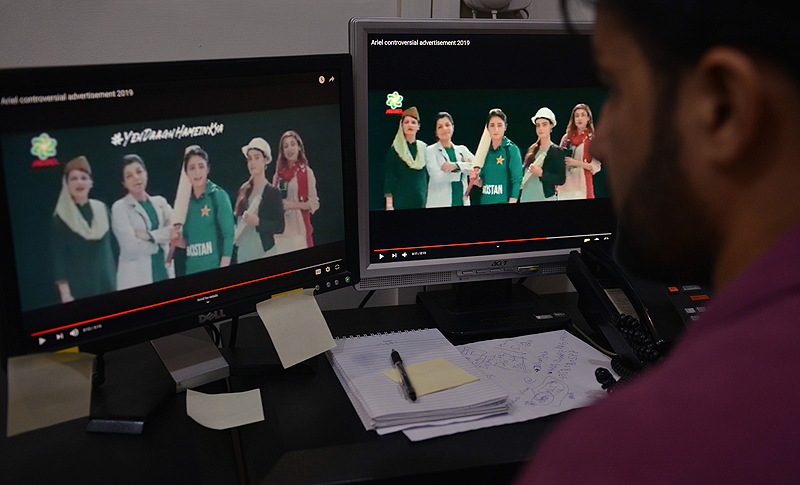 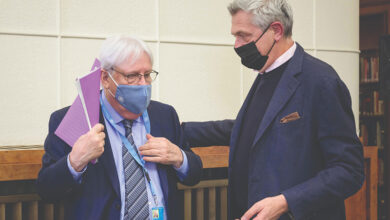 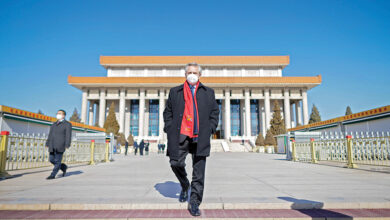 China welcomes Argentina into its global Belt and Road initiative