On behalf of the United States government, I congratulate the government and people of Kuwait on the 57th anniversary of independence and the 27th anniversary of liberation. The United States is honored to have built a deep-rooted relationship with Kuwait that has grown stronger from independence, through liberation, to today. This relationship benefits both our peoples.

Our peoples are safer as a result of our close cooperation on defense and security, including the joint effort to stop terrorism and terrorist financing. Last week, the United States and Kuwait co-hosted the Ministerial Meeting of the Global Coalition to Defeat ISIS. Representatives of over 70 member nations and institutional partners came together in Kuwait City united in the determination to defeat ISIS/Daesh through a sustained, multifaceted effort. We likewise appreciate Kuwait’s generous hosting of the International Conference for the Reconstruction of Iraq.

This past year has been a productive one for US-Kuwait relations, highlighted by the visit of His Highness the Amir at the White House and our second successful US-Kuwait Strategic Dialogue. These meetings opened new channels of cooperation on security, trade, investment and education. The United States reiterates its commitment to Kuwait’s security and continues to contribute to the enhancement of the capabilities of the Kuwaiti Armed Forces to defend their country. We will share information in ways that strengthen our security. We will work to develop new avenues to increase trade and investment and consult on the best means to enhance the environment for business and investment in Kuwait.

We both benefit from what has been the most enduring of US-Kuwait ties since your independence: Education. Last November, I welcomed three generations of Kuwaiti alumni of American universities to my home to celebrate these ties and our ever-strengthening partnership. We are working to increase the already high number of Kuwaitis studying in the United States and the number of exchanges between US and Kuwaiti academic and research institutions. We are instituting new ways to prepare Kuwaiti students for academic success at top quality educational institutions. Kuwaiti students bringing back what they learned in America will help forge Kuwait’s future, as they have done for decades.

By Lawrence Silverman, US Ambassador to Kuwait 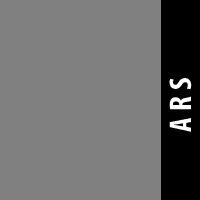