MILAN: Kuwait’s General Consul in Milan Abdulnasser Boukhaddour has expressed satisfaction for the high turnout of visitors to the Kuwaiti pavilion at Expo Milan 2015 exhibition saying the figure may swell to one million in weeks.

In a statement to KUNA, the General Consulate quoted him as expressing deep pleasure after number of people showing up at the corner reached 750,000 on Thursday. Such a high turn-up, three months after launch of the event, boosts expectations that the figure may reach one million in coming weeks, he said, affirming that the pavilion has proven very much lucrative for many people visiting the exhibition ground.

Information Ministry’s Undersecretary and Head of Kuwait’s Delegation to Expo Milano 2015 Faisal Al-Mutalaqim had received visitor number 750,000 for the Kuwaiti pavilion on Thursday. In statements to KUNA, Head of the pavilion Mazen Al-Ansari identified the 750,000th visitor as Italian man named Edoardo who was accompanied by his daughter Asia.

He pointed out that Mutalaqim and the pavilion’s staff has warmly received and honored the visitor and his daughter on this occasion. They were also offered a special tour with a guide from the staff to the pavilion, Ansari stated.

The exhibition comprises up to 55 display sites representing 144 countries. The Kuwaiti team has worked hard to decorate the pavilion, which highlights various national issues, namely the Kuwaitis’ success in developing Kuwait into a modern state with all services, as well as their success in resolving the water scarcity problem.

Inhabitable
The Kuwaiti pavilion, themed ‘Challenge of Nature,’ shows how the Kuwaitis made the desert inhabitable, and continue to do so, using education, technology, science and renewable energy to establish a modern, vibrant and growing community which can contribute to global development and to feeding the world.

The aim of the Kuwaiti pavilion at the Expo Milano is to present the extraordinary mix of culture and tradition as well as the contemporary and scientific aspects which form the foundation of Kuwaiti culture.

The basic design of the Pavilion resembles the sails of a dhow, a traditional wooden boat which is still in use today in the Arabian Gulf. With its design, the Kuwaiti pavilion references one of the greatest challenges Kuwait faces due to its geographical location, its climate, and its vegetation – water. The second part of the pavilion, toward the back, consists of a greenhouse in which numerous hydroponically cultivated plants which serve as shade can be discovered.

Expo-Milan is a major international exhibition that has been held every five years since the 19th century. Covering 272 Acres, the event expects an estimated 29 million visitors from May 1 to October 31, 2015. More than 140 participating countries are showcasing the best of their technology, which will offer answers to questions revolving around health, safety and better food nourishment. – KUNA 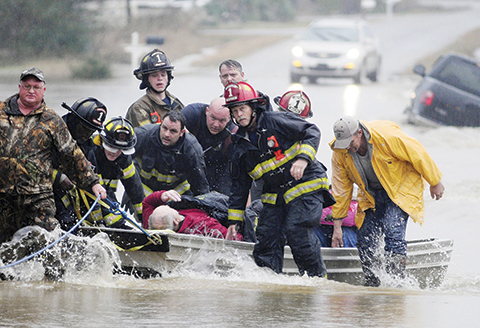 Storms kill 17 in southern US 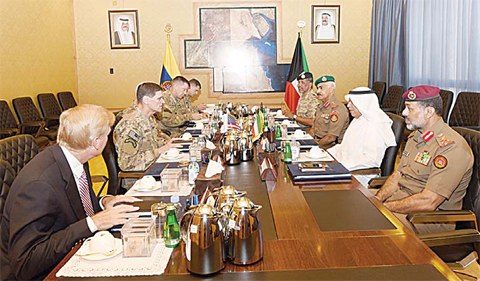 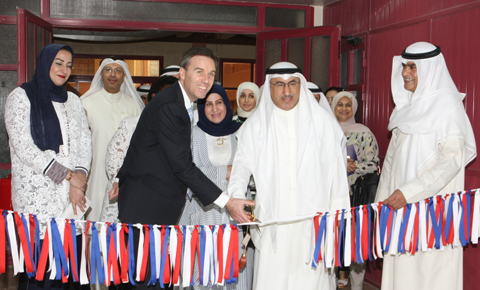