KUWAIT: Around the world, Ramadan is a time of piety and prayers, fasting and feasting, and spending time with family and friends. But as is often the case, every nation and community develops a set of traditions and customs over the ages that come to symbolize the culture of the land. Kuwait too has its own unique Ramadan traditions that have been observed by generations of locals and residents of this country, and are a source of comfort and belonging.

Kuwait’s rapid transformation from a sleepy fishing and pearl diving backwater to an affluent, modern state also turned many local traditions on their head, while some quietly disappeared. Daq al-harees (crushing of wheat) was a pre-Ramadan tradition in old Kuwait, where a family bought large amounts of wheat that was crushed by skilled women accompanied by folk singing, but the custom now has waned.

The Abu Tubailah no longer walks the streets of the neighborhood with his drum to wake people up for suhour (predawn meal), and has retired to become a cultural figure. And after iftar (breaking of the fast), people nowadays prefer to spend their time watching big-budget soap operas on TV or head to malls and coffee shops rather than stay at home with the family.

Nevertheless, a few of Kuwait’s rich traditions of Ramadan have stood the passage of time, continuously evolving to reflect changing social, financial and familial developments. And after two years of disruption due to the coronavirus pandemic, they are set to make a return this year. 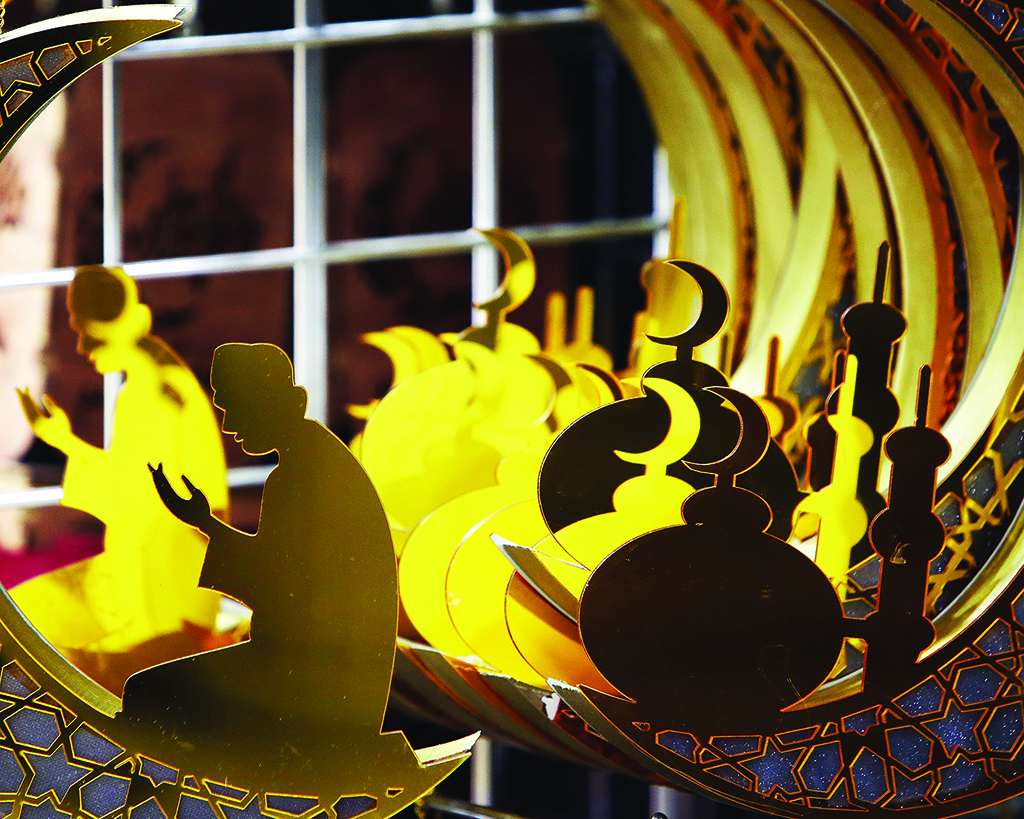 Graish is the traditional pre-Ramadan feast when family members and even neighbors gather before the onset of the fasting month. In the olden days, the women of the house would empty the larders of their homes of foods that are not usually eaten in Ramadan, and extended families would gather to partake in the potluck. These days the food is usually ordered from restaurants and the gatherings are smaller, but the tradition continues.

Among Kuwaiti Ramadan traditions, Girgian is one that is the most popular, and the most evolved. Girgian is marked on the 13th, 14th and 15th of Ramadan, when children go ‘trick or treating’ to collect candies and nuts door to door. There’s a reason why Girgian is celebrated in the middle of the lunar month. In pre-oil – and pre-electricity Kuwait – the full moon would provide illumination for the children to trudge across the neighborhood.

According to late Kuwaiti historian and astronomer Saleh Al-Ojairi, the word Girgian is derived from the word gargaa, which refers to the loud clanging sound heard when a household pot made of metal is struck. Today, Girgian has become thoroughly commercialized, with the simple confectionery of yore replaced by gourmet chocolates and exotic nuts housed in brand-name bags and pouches that are often more expensive than their contents. Parents also make separate bags with the names of their children printed on them, and try to outdo other families in coming up with the most exclusive presentations.

A ghabqa is a gathering of family and friends in the evenings of Ramadan. Like Girgian, ghabqas today are lavish corporate affairs where companies invite clients and employees along with their families for a night of fun and feasting, with the media in attendance too.

In this modern, technological era of precision timekeeping, astronomical calculations and even mobile apps, the iftar cannon is an unlikely survivor of the bygone era, when the sound of the blast signaled to the faithful it was time to break their fast. The ‘midfa al iftar’ takes place every day at the beautifully restored Naif Palace in Kuwait City. The firing of the cannon attracts dozens of families and children daily, and is broadcast live on Kuwait TV and radio. The open yard in the palace where the ceremony takes place is set up to resemble pre-oil Kuwait, complete with vintage cars, artisans and children in traditional garb. The firing is conducted by three uniformed guards in red livery.

In line with the trend across the Arab and Islamic world, the Kuwaiti society has become more conservative and religious. Though not a social tradition, congregation tahajjud prayers during the last ten nights of Ramadan are observed in most mosques across the state. But the popularity of qiyam al-layl prayers has skyrocketed in the past decade, with the Grand Mosque leading the renaissance.

Thousands attend the nightly prayers daily, with well over 100,000 worshippers converging on Kuwait’s largest mosque on the night of 27th Ramadan. The best reciters of the Holy Quran lead the prayers, headlined by Sheikh Meshari Al-Afasi, who has become famous across the Muslim world for his mellifluous recitation of the holy book. As they say, the only thing constant in this world is change, and Ramadan traditions are no exception. Some customs may have died, but the spirit of this holy month is alive and thriving.

COVID-hit Shanghai grinds to a halt