KUWAIT: Users of various social media platforms in Kuwait have reported an increase in online scams by fraudsters who use those platforms as their base, with a significant increase reported in dangerous and highly targeted online scams. Taking advantage of people’s fears and concerns, scammers trick users into clicking on links or attachments that contain malwares.

To understand the issue from a legal standpoint, Kuwait Times spoke to Mohammad Al-Jasem, lawyer and Interpol-accredited expert in international law enforcement cooperation. “Internet fraud has two sides: One where the money transfer happens inside the country, and one where the transfer happens outside the country,” he said. “In all cases, there are two ways to track this crime through the IP address.”

He added, “If the money transfer was within Kuwait, the victim can file a case with the scammer’s username, and the Department of Cybercrime in Kuwait can trace him via the IP address. The department contacts website owners to collect data of the scammer. It tracks the internet line and reveals the data about the wanted person.”

Jasem revealed that scams through bank money transfers could be tricky. In case the transfer was made within local banks, the government can trace the name of the bank account’s holder and the exact transferred amount, Jasem explained. “On the other hand, if the money is transferred outside the country, once the IP address is determined, correspondence is carried out,” he said. “But most social networking platforms or major companies do not cooperate in this regard under the pretext of maintaining their clients’ privacy, except in murder threat cases.”

He indicated that scamming through social media platforms can be a real problem. There are cases in which the scammer’s accounts could be blocked but the money of the victims could never be refunded. “The amount can be tracked through the bank, where sometimes there is a cooperation between the Cybercrime Department and the relevant departments in other countries of the Interpol offices,” he explained.

“The scam’s money is considered a form of money laundry, because the source of money is illegal,” he pointed out. “The crimes are linked to each other. The most difficult case is the unencrypted transfer. Transfers are delivered to anyone who has an ID, even if it is forged, and most scammers use this method. It is considered a smart scam.”

Group-IB, one of the global leaders in cyber security, released a report, on Tuesday, saying that it has identified a wide-scale phishing campaign targeting users in the Middle East by impersonating well-known postal services from several Arab countries including Kuwait. Since as early as 2020, over 270 domains were discovered making use of the regional delivery and postal service brands. All the domains were part of a single massive phishing infrastructure.

The pandemic-driven explosive growth of online shopping created a perfect storm for threat actors, who found fertile ground for inventing new attack scenarios. Globally, CERT-GIB identified more than 400 domains impersonating postal brands as part of this phishing campaign, with more than half of them (276) intended for users in the Middle East. In the Middle East specifically, scammers have impersonated over 13 different delivery brands, postal operators, and public companies from at least eight different countries, including Kuwait and other Arab countries.

The report indicated that Trend Micro solutions responded to more than 94.2 billion threats globally during 2021, a 42 percent increase in the number of detected detections compared to 2020. The report also revealed a huge increase in the number of attacks, which reached more than 53 billion during the second half of last year, compared to 41 billion threats in the first half of 2021.

In Kuwait, Trend Micro solutions blocked nearly 15 million e-mail attacks, responded to more than 1.7 million malware attacks, and prevented more than 3.5 million attacks related to victims clicking on malicious links. In addition, the report stated that networks The household in Kuwait were a magnet for cybercriminals who targeted systems, devices, and networks, and in this regard, Trend Micro’s “Smart Home Network” solutions blocked nearly 400,000 internal and external attacks, as well as prevented more than 700 thousand attacks from hackers, who are seeking to target or control home networks, from happening. 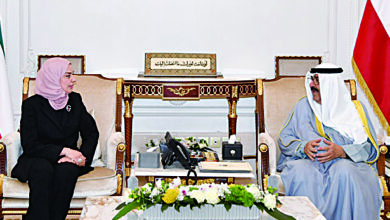 Snatching incidents on the rise 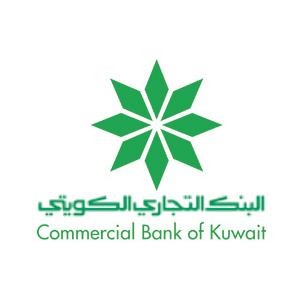