Success is what we target and attain. It gets addictive when our brain’s pleasure signals are fired up, causing us to experience a very pleasurable state of mind. Eventually, this equation of “seek and you shall receive” was changed by our inherent culture. Our ancestors, who lived in caves, considered food and shelter to be their goals. This caused them to hunt walking, flying and crawling protein packets, and gather and store whatever they logically computed to be of any use for their survival in the wild.

Case in point – the genesis of this very straightforward notion of “grab what you need”, encompassed an array of skills and knowledge, making “experience” a valued component of their maximum form of civilization, which was a bricolage of ideas and morals that were reinforced experimentally.

While typing this article via a my smart phone, I cannot help but to think about the depth of “experience” that has been persevered to finally invent such a “magical” collocation of minerals as a “success” of human technological advancement. And since culture is the only vessel of learning, the level of what every Tom, Dick and Abdullah considers his success to be, it has become more complex than plucking vegetables! So why not decrease culture in our now more facilitated reality and respect being a “rebel”? Is it invalid or not permitted to say that culture has become too weighty for our psyche?

Steve Jobs never graduated from college, and figured out his way to the “American Dream” is his twenties. The Saudi billionaire Suleiman Al-Rajhi donated $91 billion for a single agricultural project to feed the poor after he began his career as a kid dusting ashes off kitchen floors to be rewarded a bag of coal to sell in any market he could reach. Prior to the oil era, all Gulf countries depended on wood to cook their daily meals. He also never considered it to be shameful to carry rich families’ goods around for a halalah – a penny. And yet he was too poor for school and never had an opportunity to graduate from secondary school.

Educationally, Bill Gates was not too far ahead himself. And the same goes for Edison and Shakespeare, both of whom did not gain any scores that helped others forecast their geniuses in their fields. Beethoven had a very unfortunate childhood, and the inventor of the most formidable form of Japanese martial art was an 88-year-old soldier who was released from his duties after the empire’s shameful defeat. This illustrated to me not how far power can get you, but how cultural standards have led us astray from the one thing that united these men – simplicity.

My parents needed my name to be socially validated to be legitimate. Collective conscience needed to process and produce this novel cultural bit of information that this newborn human being is going to be called Jeri. And prior to his maturity, a whole set of mental diagrams are going to judge and “guide” his personal reward behavior(s). But what if these diagrams kept reassuring me about unnecessary “bits of information”, such as how scared I should from that T-Rex, or chickenpox for that matter. And since we survived Y2K and 2012, we are still able to make our reward system as simple as snatching cherries from branches and yet be more sophisticated to achieve what is beyond survival – happiness. 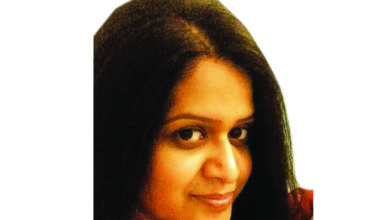 The power of narratives 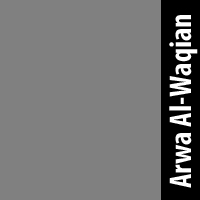