TRIPOLI: Forces backing Libya’s unity government captured two coastal cities west of Tripoli on Monday in a new blow to military commander Khalifa Haftar a year after he launched an offensive on the capital. They also routed his forces from three smaller cities, sparking rocket attacks on Tripoli that wounded at least one person and damaged homes in a residential area. “Our forces took control of Sorman and Sabratha and are pursuing(Haftar’s forces),” said a statement by Mohammed Gnunu, spokesman for the forces of the United Nations-recognized Government of National Accord.

He later reported that three smaller cities further south controlled by Haftar’s forces – Al-Ajaylat, Regdaline and Al-Jmeil – had been captured by GNA fighters. An AFP video journalist saw pro-GNA forces in pick-up trucks mounted with machine guns celebrating in central Sabratha, around halfway between Tripoli and the Tunisian border. Control of war-torn Libya is largely divided between pro-GNA forces and those of eastern-based Haftar, who launched an offensive to try to capture Tripoli in April last year.

On their Facebook page, GNA forces published images of Grad rocket launchers, 10 tanks and armoured vehicles they said they had captured in Sabratha and Sorman, which had been controlled by Salafist militias allied with Haftar. Mohammad Al-Gammoudi, a GNA commander on the ground, said Sorman and Sabratha had been seized after “six hours of fighting with air cover”.

Libya has suffered almost a decade of conflict since longtime dictator Muammar Gaddafi was toppled and killed in a 2011 uprising backed by several Western powers. The UN says hundreds have been killed and over 200,000 displaced since Haftar launched his battle for Tripoli, which quickly ground to a bloody stalemate. Haftar’s forces did not immediately comment after Gnunu’s announcement.

But shortly afterwards, dozens of rockets rained down on Tripoli, with the GNA blaming Haftar’s forces. The rockets mostly hit the outskirts of Mitiga International Airport in the east of the capital and the nearby Soug al-Jomaa residential neighborhood, civil defense spokesman Oussama Ali said. Haftar’s forces have repeatedly accused the GNA of using the airport for military purposes.

GNA accused Haftar’s forces of taking revenge against Tripoli’s civilian population following their losses on Monday. “The criminal militia and mercenaries have taken out their anger on residential neighbourhoods of Tripoli to avenge their defeat, firing dozens of rockets and missiles on the capital indiscriminately,” spokesman Mohamad Gnounou said.

The two sides had agreed to a January ceasefire brokered by GNA backer Turkey and Haftar supporter Russia, but it has been repeatedly violated. The seizure of Sorman and Sabratha was the GNA’s most significant victory since June last year, when its forces retook the town of Gharyan, the main supply base for Haftar’s forces southwest of the capital.

Jalal Harchaoui, a Libya analyst at The Hague-based Clingendael Institute, said Monday’s setback meant Haftar had lost the entire coast west of Tripoli. According to Harchaoui, GNA forces have in recent week been more “aggressive… on multiple fronts, often successfully”. “High-precision artillery on the ground, Turkish drones and better coordination” were proving a “formidable” combination against Haftar’s Emirati-backed forces, he said.

GNA chief Fayez Al-Sarraj confirmed the capture of Sabratha and Sorman on Monday, and said loyalist forces had also repelled an attack by Haftar’s troops the previous day on Abu Grein, 250 km southeast of Tripoli. Several UN-backed attempts to reach a ceasefire have failed, and the UN has slammed repeated violations of a 2011 weapons embargo. Last month, the UN’s Libya envoy Ghassan Salame quit his post citing health reasons.

On March 17, the world body and nine countries called on Libya’s warring parties to cease hostilities to allow health authorities to fight against the new coronavirus. The GNA and Haftar’s forces welcomed calls for a humanitarian pause, but the GNA said it reserved “the right to respond to daily assaults targeting civilians and public facilities”. On Saturday the UN’s humanitarian coordinator for the country said armed groups had cut off water supplies to more than two million residents of Tripoli and its surroundings, denouncing an “abhorrent” act of collective punishment. – Agencies 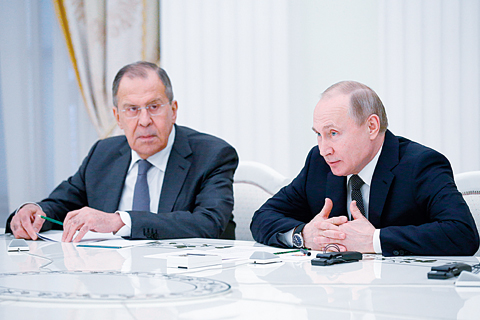 Russia demands answers in spy probe ahead of UN talks 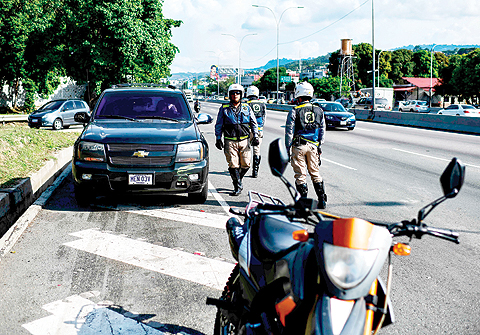 Murder rate on the rise in Venezuela 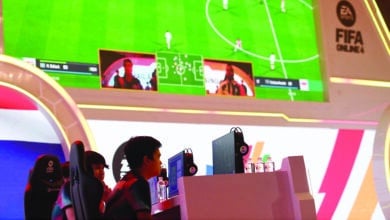 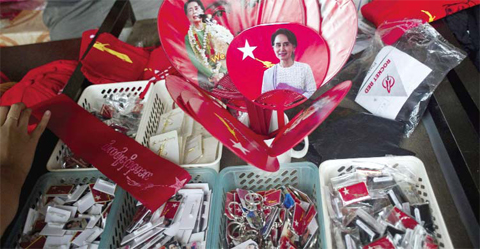