From forced labor in Libya to a job as a founding member of an Italian fashion start-up, Bassirou has come a long way in two years, thanks to his skills with scissors. The 26-year-old Burkina Faso native is the star student of a novel project aimed at training asylum seekers in one of Italy’s most emblematic crafts: making leather handbags And after a 15-month apprenticeship, Bassirou has just become the first employee of a small company set up with the aim of turning the project into a self-sustaining venture.

“It is a great opportunity,” he says of his new career move. “I had done a bit of cutting and sewing back home but that was with cloth, not leather. “It wasn’t easy at the start, every little thing seemed difficult, but after a certain point, you get the hang of it.” Bassirou left Burkina Faso in west Africa, and a partner then pregnant with his now two-year-old daughter, in 2015. He says he fled because he feared for his life in the tumultuous aftermath of yet another military coup in the impoverished former French colony.

Now he is awaiting the outcome of his application for asylum in Italy and is one of some 400 recently-arrived immigrants being looked after by Lai-Momo, a social cooperative that runs the EU-funded leather skills project in the small town of Lama Di Reno near Bologna. The decision to leave home was not an easy one, Bassirou says, and it is one he might have reconsidered had he known of the horrors that awaited him in Libya, the jumping off point for most Africans trying to get to Europe.

‘It’s slavery’
Shocking recent images of slave auctions in the troubled north African state came as no surprise. “These are things that are really happening in Libya,” Bassirou told AFPTV. “I had a bit of a taste of it. They put us in a prison. At any time they could come and get us to do forced labor, all sorts of jobs. They never gave us enough to eat. “All that, it’s slavery,” he said. Bassirou endured these conditions for four months before the traffickers controlling his fate finally put him onto an inflatable dinghy packed with over 100 others. After many fraught hours at sea, mostly spent praying it would not sink, the overcrowded dinghy was spotted by a British ship.

“At the moment we were rescued there was a bit of a stampede to get off and the boat started taking on water. In the end they got everyone off.” The date, March 20, 2016, is etched permanently in his memory. “These are things you don’t forget easily,” he says. Now he dreams of being able to open his own shop, but the future path of his life remains uncertain, as is the case for tens of thousands like him in overcrowded reception centers across Italy.

Few of them will benefit from the kind of support that has helped Bassirou pursue his education to Italian high school level, or the distraction from the stress that comes with living in limbo. “Doing this (working), you are going to have positive rather than negative thoughts, you’re thinking that when you’re finished, you’ll have a trade,” he says.

‘Return issue not easy’
A total of 15 migrants have completed the first round of training and another 18 have just started, including Bassirou’s compatriot, Issa. The 21-year-old recounts a similar tale about his time in Libya. “I have friends who are still there in slave camps,” Issa says. Having made it to Italy, he is now relieved to have escaped the frustrated boredom that is the lot of many asylum seekers. “Before I came here, I was in another house, just sleeping all the time, doing nothing,” he says. “Now I feel much more relaxed. I have contact with (local) people and I’m beginning to learn the language.”

Not all the apprentices can realistically aspire to the proficiency Bassirou has attained. As some have limited literacy and numeracy, lessons in cutting have to be preceded by an introduction to basic concepts of measuring and geometry. “The objective is to provide people with the ability and skills they need to enter the labor market here in Italy, but also in the event of a possible return to their country of origin,” said Lai-Momo’s president, Andrea Marchesini Reggiani.

The Lama Di Reno project is part of a wider program overseen by the Ethical Fashion Initiative run by the United Nations and WTO-backed International Trade Centre with the aim of creating new economic opportunities in developing countries to help curb irregular migration. People like Bassirou say going home is not an option they can contemplate, for now. And Marchesini Reggiani admits that the emphasis on voluntary repatriations can be problematic, given the risks, sacrifices and struggles involved in many migrants’ journeys to Europe.

“For sure, it is not an easy thing to address the issue of return,” he says. “For us the important thing is to give people skills. Whether they can use them here or whether they are refused the right to stay, they are being given an opportunity, let’s say a plus. “It is clear though that, after the journeys they have made, the ideal solution is to stay here and that’s why we believe giving people the skills to work and integrate is so important.”-AFP 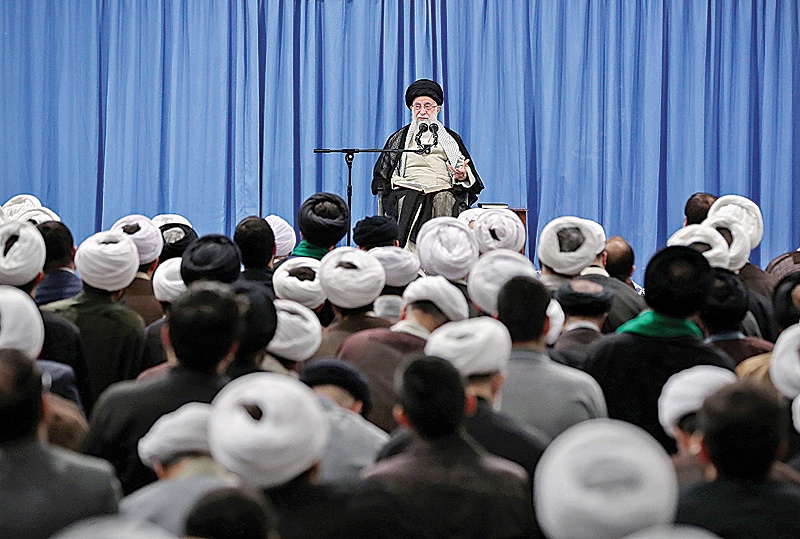 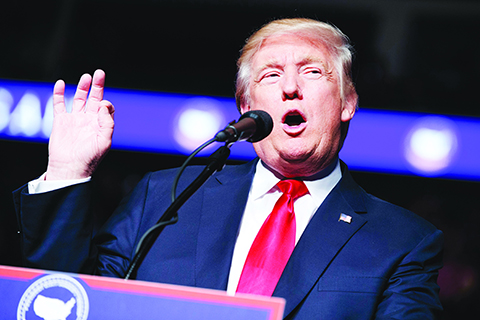 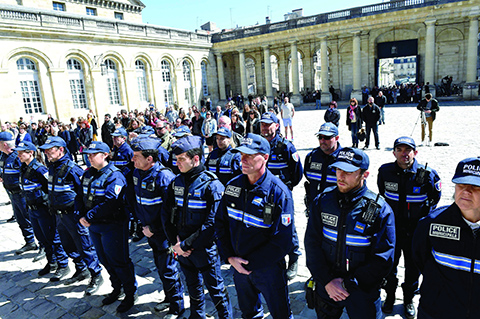