PARIS: Diogo Jota scored a stunning hat-trick in Liverpool’s 5-0 demolition of Atalanta in the Champions League on Tuesday, as holders Bayern Munich scored six and Real Madrid struck late to beat Inter Milan in a thriller. On a prolific night across Europe which also saw a rampant Borussia Moenchengladbach hit six in Ukraine, the star individual performances came from Jota and Alassane Plea. Portugal forward Jota joined Liverpool from Wolverhampton Wanderers in September and has wasted little time making an impact with seven goals from just five starts.

In Bergamo, against an Atalanta side who reached the quarter-finals last season, Jota was brought into the starting line-up in place of Roberto Firmino and required just 16 minutes to open the scoring. Another emphatic finish allowed the 2019 Champions League winners to double their lead before the break, and Mohamed Salah then broke away to get the third just after the restart. Salah set up Sadio Mane for Liverpool’s fourth before Jota got his hat-trick goal as the Premier League champions recorded their biggest win in Europe since beating Porto 5-0 away in February 2018.

“I’m playing in the best team of my career so far. I don’t know if it’s the best moment of my career but obviously scoring goals is my way of playing football,” Jota told BT Sport. With three wins from three, Liverpool are well on course to top Group D, with Ajax and Atalanta both five points back. Ajax won 2-1 away to Midtjylland in Denmark, as Brazilian youngster Antony opened the scoring in the first minute and Dusan Tadic netted from an indirect free-kick inside the box soon after. Anders Dreyer got one back for the hosts, who remain pointless.

French forward Plea had earlier scored a hat-trick as Gladbach claimed a stunning 6-0 victory over Shakhtar Donetsk in Kiev, the German side’s biggest European triumph since their 1970s heyday. The unfortunate Valeriy Bondar scored an own goal, with Ramy Bensebaini and Lars Stindl also scoring as Gladbach went top of Group B, a point clear of Shakhtar and Real Madrid. Gladbach coach Marco Rose said: “Six-nil is extraordinary. We did a lot right today-not to say almost everything.”

Rodrygo wins it for Real
Real, the 13-time European champions, ran out 3-2 winners in a dramatic encounter with Inter behind closed doors at the Alfredo di Stefano Stadium, as Vinicius Junior set up his fellow Brazilian substitute Rodrygo to lash in the decisive goal 10 minutes from time. Karim Benzema had put the hosts ahead and Sergio Ramos headed in his 100th Madrid goal in the 33rd minute, but Lautaro Martinez pulled one back shortly after. Inter were missing the injured Romelu Lukaku but looked set to escape with a draw when Ivan Perisic equalized midway through the second half, only for Rodrygo to pounce and leave the Italians bottom of the group.

Bayern make it 14 in a row
Reigning champions Bayern have now won a record-extending 14 consecutive Champions League games after a 6-2 victory against Salzburg in Austria. German forward Mergim Berisha gave Salzburg an early lead only for Robert Lewandowski to level from the penalty spot, and a Rasmus Kristensen own goal put Bayern ahead before the break. Japanese substitute Masaya Okugawa restored parity midway through the second half only for Bayern to run away with the game late on.

Jerome Boateng headed them back in front, Leroy Sane got their fourth and Lewandowski strained to head in his 12th of the season, before Lucas Hernandez wrapped up their win. “We never give up-that’s what sets us apart,” Boateng told Sky Germany. Hansi Flick’s side are firmly in control of Group A, five points ahead of Atletico Madrid, who drew 1-1 at Lokomotiv Moscow. Jose Maria Gimenez’s header for Atletico was cancelled out by Anton Miranchuk’s penalty.

Meanwhile Marseille’s 3-0 loss away to Porto saw them equal Anderlecht’s record of 12 consecutive Champions League defeats. Moussa Marega gave Porto an early lead before Dimitri Payet blazed a penalty over for Marseille. Sergio Oliveira then scored from the spot to make it 2-0 for Porto and Luis Diaz sealed the win for the home side in Group C. Manchester City are firmly in control of that section after Pep Guardiola’s side eased past Olympiakos 3-0, with Ferran Torres, Gabriel Jesus and Joao Cancelo netting. – AFP

Will firmly stand against whoever undermines Kuwait's security: Amir 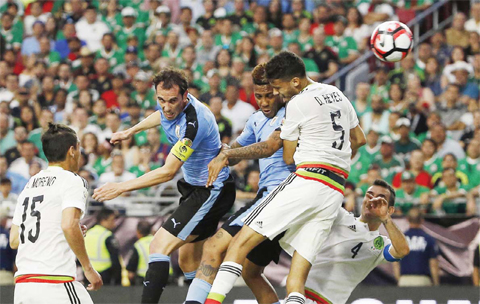 Mexico down Uruguay after anthem blunder 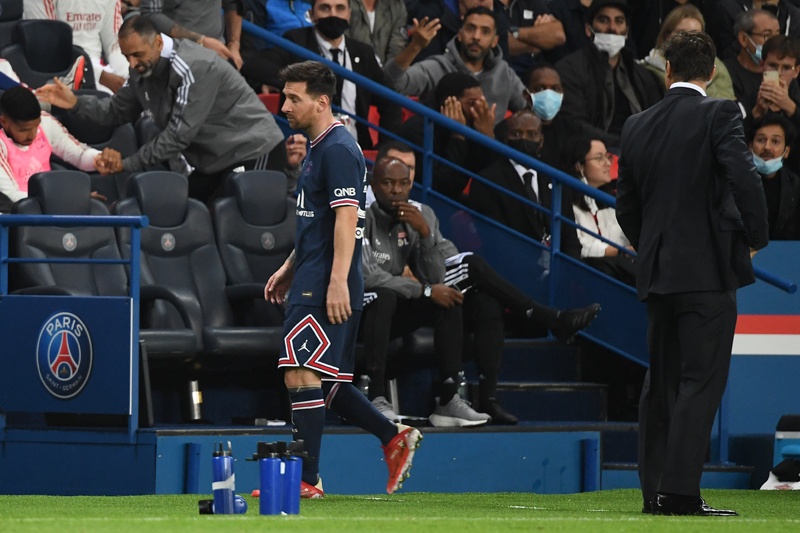 Messi ruled out of midweek action with PSG 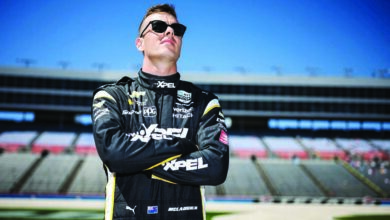 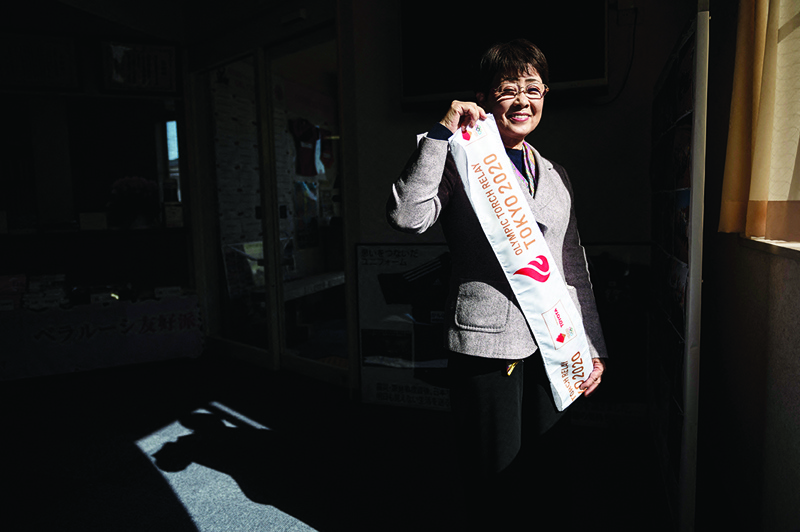