The Arabian Gulf countries suffered in the ’60s from some revolutionists, leftists and Arab progressives who considered the ruling system in the Gulf regressive. Some succeeded with their media apparatus in fixing this negative image about the Gulf and its people from the minds of the rest of the Arab people. This view only diminished at the start of the ’70s by the failure of the revolutionary experiences in northern Arab countries and increased the need for economic support, the majority of which was coming from the Gulf.

That period got over, and the struggle calmed down, and the Gulf people succeeded in developing their countries economically and scientifically, while continuing with the same traditional ruling system and its slow development to allow for more popular participation. This success contributed to close the gap and succeeded in reducing the tension between the people of the Arab world. Only some losing voices remained, driven by negative human feelings in the form of grudges and envy, but they did not have any effect on the scene.

The surprise which we did not take into consideration in the 2000s is that these old negative feelings were adopted by the European West, particularly Britain and Germany. Western countries began with the same old Arab path, being hostile to Arab Gulf culture and accusing it of being regressive. They issued statements wrapped with human rights to direct accusations to use according to their views and not according to human rights, the rights of the human being who is innocent from their shameful behaviors.

When Qatar won the right to organize the World Cup, a few Arabs and many Europeans counted on the failure of the event. But Qatar’s major success in organizing the World Cup rekindled the old negative feelings in the hearts of that minority of our Arab brothers with the help of some populists who live among us and always aim at dividing the Arab nation, which is the beating heart of Islam.

But thank God there were huge positive currents in our nation, especially with the unity of sport lovers among Arabs and their happiness towards Morocco’s advances – that made negative voices barely heard. The noises being heard today are coming from Europe, as the English, who claim to be the first to introduce football, boycotted the World Cup in the media in their country, and those who visited or live in London said advertisements and media interest there is very weak compared to previous World Cups.

Germany attempted through some of its influencers to disturb the serenity of the World Cup with the homosexuality issue, which to them became more important than the millions of hungry people, millions of those deprived of education and millions of homeless in their own countries. The wave of fighting the World Cup escalated with many arguments, headed with a disapproving question: How the World Cup was a resounding success?!

Finally, the bisht the Argentine captain Messi wore, which was given to him by Sheikh Tamim of Qatar, became a new title for the hatred campaign in the German and British media. The World Cup success, development of Gulf countries, the jealousy of few of our brothers and envy of Europe, all are good signs in a way that we are still at its beginning.

The road to restoring the cultural, scientific and intellectual abilities to be a part of the Arab nation became a new beacon in the march of exchanging culture among the nation. I hope the Arab nation becomes aware of this lesson, and for this success to be a symbol of the return of confidence, adopt relying on each other, and know the truth of who is around us and their goals. I hope this becomes the best lesson of this outstanding World Cup.

Lest We Throw Stones 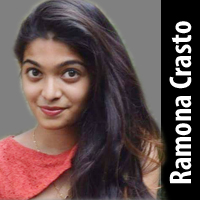