Milan designers paid tribute to music and fashion icon David Bowie as Milan Fashion Week menswear previews for next fall and winter continued on Saturday. Costume National designer Ennio Capasa and Roberto Cavalli’s Peter Dundas both said that the musician had often been a font of inspiration, apparent also in these collections previewing just a week after Bowie’s death. Donatella Versace saluted the singer with a single burst of Bowie’s hit “Ground Control to Major Tom” at the end of her futuristic, outer-space-inspired runway show. Some highlights from Saturday’s shows, including collections from Dolce&Gabbana, Marni and Jil Sander.

Celestial Versace
Donatella Versace drew inspiration from the stars for her latest collection. The results are sleek and futuristic looks, appealing to the urban gentleman, international adventurer and even, should the occasion arise, interstellar traveler. The Versace man starts his journey dramatically enough, running through the darkness in a lit-up track suits, as futuristic as ever a runway show opening. Pound, pound, pound. Many of the looks had an active, if not athletic, silhouette, with snug-fitting knitwear trousers worn with bomber jackets or soft mohair sweaters. There were also sleek silvery day suits and bomber jackets with matching pants for an out-of-this-world impact.

Backpacks often mimicked the color or print of the coat, and outerwear was adorned with shiny spare electronic parts, standing in for studs of the past, for a robotic effect. Calming monochromes were central to the collection’s mood: gray, silver, white offset by celestial purple, sky blue, and of course night black. Versace has taken her shows out of the relative security of her traditional showroom into new, more spacious venues, this time a modernistic theater in one of Milan’s newly gentrified districts. The change of venue appears to be part of the brand’s transformation into something more disciplined and urban, less Miami pool party than in the recent past. The designer even introduced a new motif, if not logo, seen here as a metallic V overlaying an elliptical galaxy. The Medusa was replaced, at least temporarily, by a Pegasus.

Under pressure
Costume National creator Ennio Capasa titled his menswear preview for the next cold weather season “Under Pressure,” for the Bowie hymn, for the state of the world amid repeated violent attacks and for the condition of a fashion industry being consumed by fast-fashion. The collection featured feminine touches for men that embodied early Bowie, from silken scarves tied loosely below the neck, to concentric silver beading on jackets and deep scoop necklines on soft velour tops. Yet at the same time, Capasa underlined the converse, the adaptability of men’s fashion for women. A red velvety three-piece suit was worn in turn by both a male, then a female, model. Booties finished all the looks. Capasa said breaking gender barriers is an idea that drew him into fashion in the 1990s “and I think it is coming back.”

Bowie, he said, has always been one of his icons. On Capasa’s story board backstage was a Costume National photograph of Bowie from the early 2000s flanked by two wild wolves, looking, said the designer “like a Roman emperor. Even the wolves are subdued.” “The magic, beside the incredible talent of his music, is that everything he touched became an icon. That is the meaning of a true artist,” Capasa said. Capasa said he is fighting to protect his own creations against the “vampires” of fast-fashion that copy innovation, losing one battle against a copycat’s powerful lawyers. “The only defense I have is creativity,” he said.

Sicilian spaghetti western
The invitation to the Dolce&Gabbana show came with its own soundtrack, playing Ennio Morricone’s “A Fistful of Dollars” when opened, clearly foreshadowing that the designers Domenico Dolce and Stefano Gabbana had applied their Sicilian lens to the Spaghetti Western. The cinematically styled collection, titled “Sicilian Western” and inspired by Sergio Leone’s popular 1960s films, had flashes of both of whimsy and danger. Light-hearted repeating motifs of cacti, crossed revolvers, a mustachioed cowboy and a saloon dancer were embroidered or printed on sweaters and shirts, as well as tailored jackets and suits, three-piece and double-breasted.

A bit more backcountry, a big furry brown coat recalled Leonardo DiCaprio clad in the skin of the bear that mauled him in “The Revenant.” There were also bushy lambs-wool pants, worn with scoop-neck sweaters or thermal tops. Embroidery is emerging as an early trend in Milan, and the designers featured needlework on denim jeans, jackets and shirts. Some models filmed the runway and fashion front-row as they displayed their wears, with the designers again upping their social media engagement by live streaming the films. Models in silken pajamas swarmed the runway for the finale, bringing sleepwear out of the bedroom and onto the street. Silken trousers were worn with thick-knit sweaters and pajama tops were tucked into straight trousers, completed with a bandanna knotted around the neck.

Super hero
German designer Philipp Plein taps the superhero in all men for next fall and winter. There’s Bruce Wayne in an elegant tuxedo jacket with a not-so-discreet batman logo, carrying a leather backpack strapped to a skateboard. He soon transforms himself into Batman proper with a gold-embossed Batman logo on a sweatshirt with quilted shoulders. Luxurious backpacks carry the logos of Captain America and Super Man, while Spiderman graces a leather coat. Models carried leather-clad skateboards down a runway dotted with ramps traversed pre-show by professional skateboarders and BMX bikers.
The collection was heavy on leather jackets and trousers, alternating with comfortable, textured knitwear. The looks were finished with brimmed hats and studded footwear. Plein is the master of spectacle, and this season invited Lil Wayne to serenade the fashion crowd backed by an orchestra and laser show.

Rock ‘n roll femininity
Peter Dundas’ menswear debut at Roberto Cavalli embraced feminine touches in ways familiarized by Bowie, tempered with masculine features. Sheer shirts adorned with silver beading were paired with a tweed jacket, or silken floral scarves knotted below the neck with an open front polka-dotted shirt and suede jacket, and even an embroidered black velour jacket over corduroy flairs. Winter was a parade of luxury, from oversized animal-print furs worn over Norwegian-patterned scarves and sweaters, to rich reptile-skin coats and jackets in contrasting stripes of color worn with jeans.

A long, sweeping coat draped casually cool over the shoulders, flowing down into open-slit arms, both evoked superstars of 1960s and ’70s rock and contrasted pointedly with the crystal chandeliers and Canaletto originals in the Napoleon-era Crespi Palace where the show took place. Discordantly fitting, sneakers finished the looks.

Easy intimacy
Marni creative director Consuelo Castiglioni provided a carefree, easy menswear silhouette for next winter. Big overcoats had deep slits on the sides to create movement, while others were so wide they recall ponchos. Painter’s shirts provided whimsy with their gathered necklines, unfinished hems, and button-down backs, left open to reveal layers, and worn with wide pants that narrow at the ankle. Pinstripes clashed with each other, thick over thin on coats and shirts.

Repurposed uniforms
Rodolfo Paglialunga has reinvented the uniform for Jil Sander’s next collection. A high-collared olive-colored wool coat drapes informally, taking its rigor from a cross-body harness that appears also on suits. Leather tunics, snapped together in panels, give a futuristic look, while sleeveless sweaters with oversized scarves hint at fragility. The color-scheme is a disciplined range of khaki, military green, gray and black, while fabrics are stiff, providing definition.-AP

Celine Dion's brother dies days after death of her husband 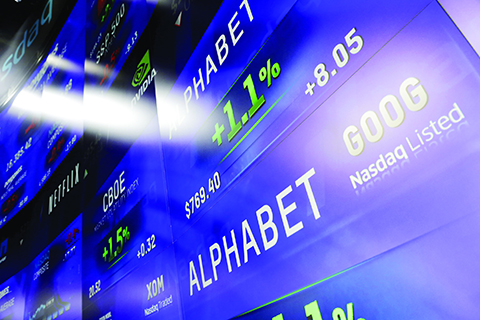 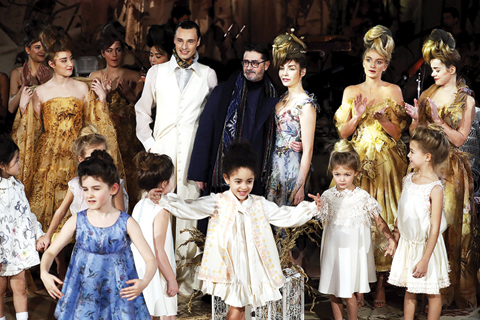 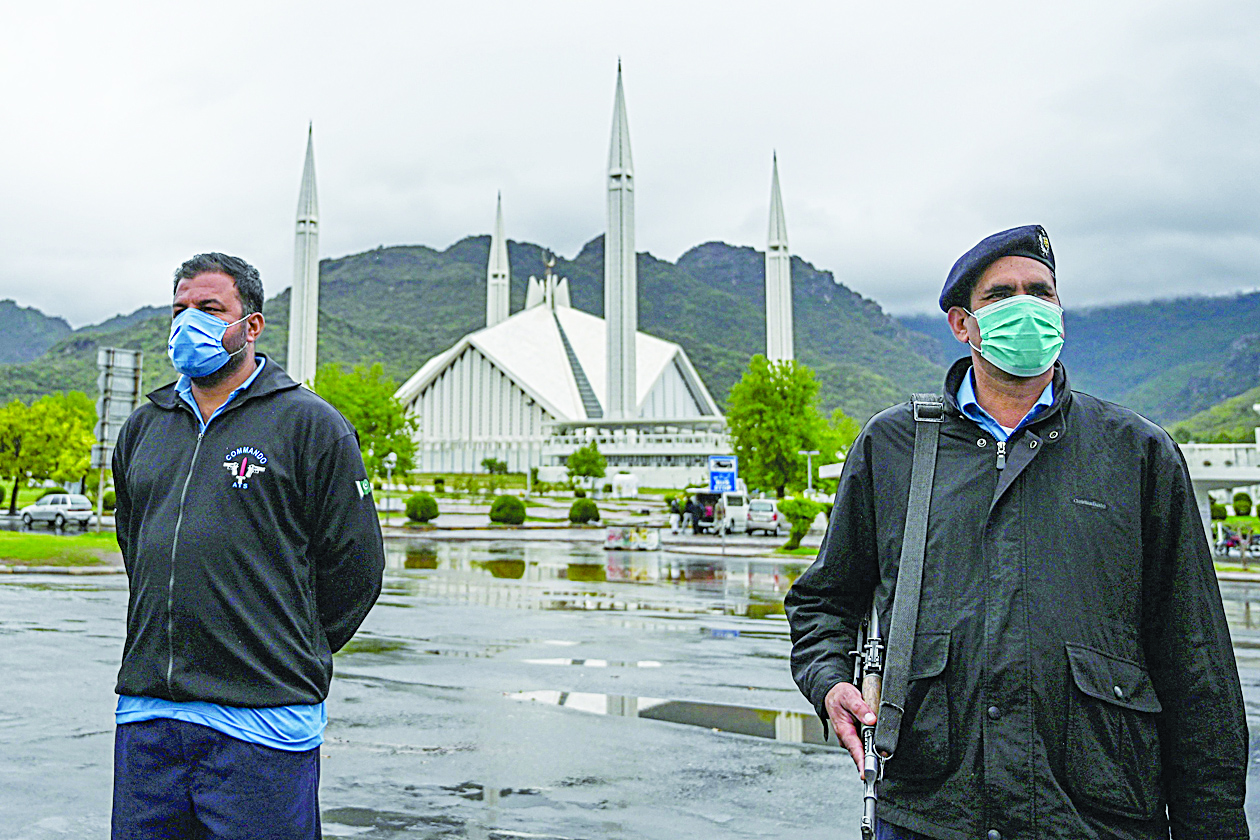 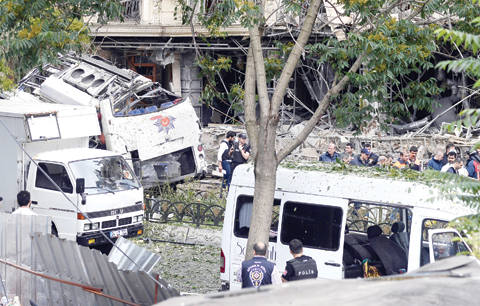