KUWAIT: A court yesterday ordered the Ministry of Public Works (MPW) to pay a citizen the sum of KD 3,000 in compensation for his vehicle, which was damaged when it submerged in rainwater. Meanwhile, the court of appeal yesterday acquitted an expatriate man who had been sentenced to death for procuring drugs from a neighboring country. In the meantime, the court of cassation yesterday rejected a contest by former chairman of the National Council for Culture, Arts and Letters, and ordered fining him KD 3,000 for slandering Sheikh Mazen Al-Jarrah Al-Sabah on Facebook. Separately, the court of appeal acquitted former MPs Musallam Al-Barrak, Mubarak Al-Waalan, Salem Al-Namlan and Abbas Al-Shaabi in a case filed by the state security accusing them of slandering the Jordanian monarch.

Security plan
The general security department will carry out an integrated security plan at markets, malls and entertainment centers to coincide with the summer break. The Interior Ministry’s relations and security information department said the security presence aims at maintaining security and order and to prevent fights and harassment.

Passengers abandoned
Authorities found 50 persons who crossed the border from Iraq to Kuwait but were abandoned by their driver half way through, Al-Anbaa reported. The Iraqi driver reportedly dropped the passengers, who include men, women and children, then returned back home. Officers took care of the stranded passengers and transported them to the airport. The passengers had to travel to Kuwait by land because of the situation in Iraq, but the driver abandoned them in Mutlaa.

Smuggling foiled
Kuwait International Airport customs officers arrested a passenger for attempting to smuggle cannabis balls into the country. An officer who grew suspicious of the Asian man searched his luggage and found five bags containing balls of the drug. The suspect was handed to concerned authorities.

Theft charges
Naeem police investigator placed the names of two Filipinas on the wanted list after they were accused of stealing a ring and necklace from the house of a services ministry employee.

Accident
A pedestrian was rushed to Adan Hospital after he was run over in an accident in Mahboula. Police and paramedics rushed to the area and found the victim, Syrian, in critical condition. The driver, Indian, was detained at Fintas police station for further legal action.

Contrabands
Ahmadi police arrested a Kuwaiti man who had liquor, Tramadol and bullets in his possession, and sent him to the Drugs Control General Department. Police on patrol in Fintas and noticed the suspect driving erratically, so he was pulled over and the illicit material was found. Meanwhile, airport traffic police sent a man to the DCGD after catching him with hashish near Kuwait International Airport. He claimed it was for his personal use.

Indecent acts
A citizen saw a couple committing indecent acts, and as he came close to them, they turned their attention to him, so he escaped and called for police’s help out of fear of being harmed. Police did not find the couple. 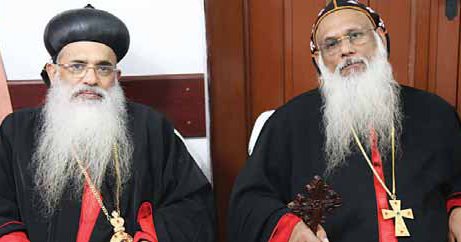 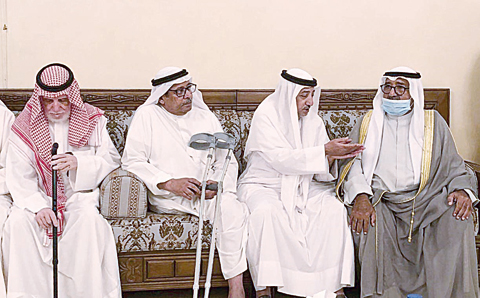 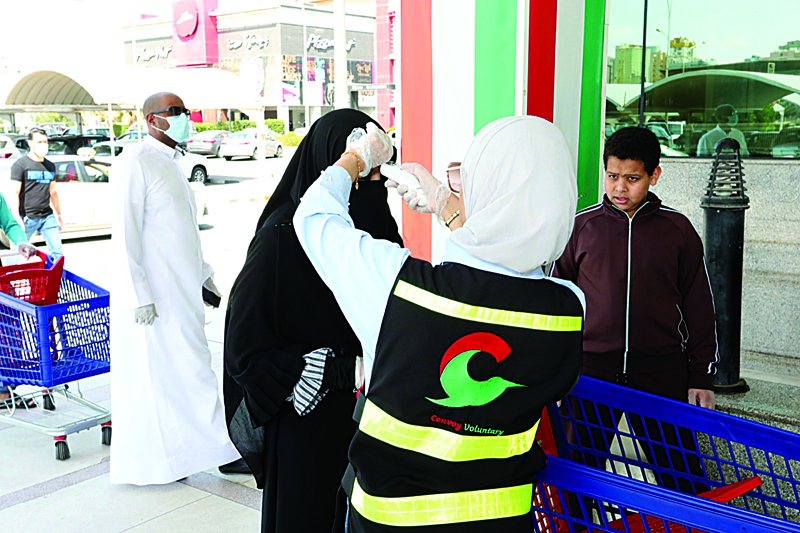 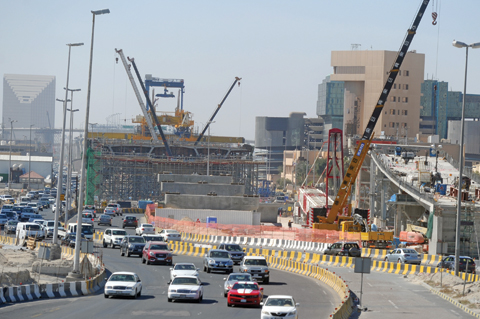