The Public Authority for Civil Information (PACI) announced the launch of an online service that will allow expatriates to confirm and amend their names in English prior to the issuance of their civil ID cards. In a press statement, it was said that the launch of this service is aimed at easing the procedures and expanding the use of computers in order to avoid repeated visits to PACI and ministry of interior.

Also, the service will enable expatriates to access the PACI site and ensure correctness of their personal data, and in case there is a mistake, they can request for corrections for spelling mistakes in their names in English. The ministry of interior expressed concerns about some technical issues related to the cancellation of residency stickers on the passports of expatriates, which are meant to avoid data entry mistakes and ease procedures, since this service will reduce typing errors when it comes to names written in English.
I think this is a good step to avoid any mistakes in spelling that could lead to trouble. Similarity of names is also a big problem for many people when traveling or arriving from abroad. This is an issue for some people not only in Kuwait, but also in the Arab world, because Arabic names are repetitive and similar. In 2017, the court forced the interior ministry to compensate a citizen after he was imprisoned due to having a similar name with another wanted person.

In Iraq, for example, the issue of similar names and their non-correction is a matter of concern for victims. The similarity of names is one of the problems experienced by many Iraqis, and impedes Iraqi security from reaching the real culprits. This year, Lebanese authorities detained an Egyptian musician when he arrived in Beirut because of the similarity of names with a Syrian citizen wanted by the Lebanese authorities, and the verification procedures took some time until he was cleared.

Today there is a problem of similarities in names in many countries that results in freezing of funds of other persons who are not connected to any terrorist acts or wanted by authorities. Therefore, joint action to develop new procedures related to the similarity of names is important.

I believe introducing modern technological systems and methods to record the personal data of the population, whether working in ministries or government institutions or private sector or even unemployed, with the correct data is essential. So when everything is being linked to the civil ID, it helps identify people who are actually wanted and end similarities and mistakes for good. 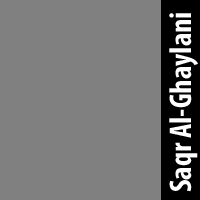