Many minor earthquakes hit Kuwait, although the state hasn’t experienced any damage. The biggest earthquake registered in Kuwait reached a magnitude of 4.8 near Manaqeesh oilfield. Recent earthquakes in Iran have been felt in Kuwait by some people, with predictions of bigger ones happening soon. Kuwait Times visited the Kuwait National Seismic Network (KNSN) – before the coronavirus outbreak – to learn more.

Dr Abdullah Al-Enezi, supervisor of KNSN at the Kuwait Institute for Scientific Research, said earthquakes that hit Iraq and Iran are mostly felt in coastal areas of Kuwait. “This is due to the clay sediment there, as it amplifies the seismic wave, which has a greater effect. Also, those living in high-rises feel it more than those in smaller buildings or houses,” he told Kuwait Times.

The Kuwait National Seismic Network was founded in 1993. “In that year, a 4.8-magnitude earthquake shook Kuwait, after which people started panicking. They started asking if the epicenter was in Kuwait or outside Kuwait, what’s the impact of the earthquake, whether it will affect buildings or facilities, etc, so KNSN was established,” said Enezi.

The purpose of establishing KNSN is to monitor earthquakes locally, regionally and internationally. “We started to build our seismic network, which started operating in 1997. KNSN has eight stations spread out in the desert of Kuwait, and data from these stations come to our center here in KISR in real time,” he explained.

Three employees work in this center. “One is a researcher specialized in seismic risk and hazard assessment and seismic analysis; another is a professional in monitoring and analysis; and I’m the supervisor. We also deal with a company that does maintenance work for KNSN,” Enezi added.

Each of the eight stations is equipped with a seismometer, which is sensitive to any vibration or motion in the earth, including the movements of cars and people. But when an earthquake strikes, it gives a special signal different from other sources of vibration. “We also have a data logger that stores the data and a transmitter for transferring data to the center. After receiving the data here, we start to analyze it both through software and manually to make sure that the event that we have recorded is correct. From this event we get the magnitude, depth, location and timing of the earthquake,” explained Enezi.

KNSN is connected with stations globally. “Sometimes an earthquake happens far from Kuwait, for example in Japan or America, so we have integrated our network with international networks to record and analyze any distant event. We are also integrated with regional networks in Oman, UAE and Qatar, and will soon be connected with Iraq, so we can analyze any nearby earthquake accurately,” he said.

Prediction of an earthquake
“People always ask if we do predictions of earthquakes. But the important issue is to know the cause of an earthquake, so we know if we can predict it or not. An earthquake happens because of stress in rocks inside the earth. When the earth can’t resist this stress, the rocks break and crate a fault – a seismic wave is then distributed over the bedrock and we feel the vibration. We can’t predict the breakage of these rocks as we don’t know when it’s going to happen,” said Enezi.

But there is an exception. “We can predict an earthquake in seconds, as when an earthquake happens, we have two waves – the primary wave and the secondary wave. The time between them is in seconds, and the secondary wave is destructive. So this short timing is used for huge infrastructure facilities such as power plants, for instance. In case of an earthquake, they shut down automatically. This is called early warning, which is used by earthquake-prone countries like Turkey, Japan and others,” Enezi noted.

“Instead of wasting time working on inaccurate predictions, let’s work on our buildings. There is a seismic building code. We should focus on designing our buildings to resist earthquakes instead of working on predictions. This is what advanced countries do, as they experience strong earthquakes of 8 or 9 magnitude but they don’t cause much damage due to their building structures, while in poor countries such as Pakistan, India or Iran, an earthquake of 5 or 6 magnitude can cause major damage and deaths. Earthquakes doesn’t kill, but buildings do,” he said.

Developed countries are ready for earthquakes. “For instance, Turkey experiences many earthquakes. They used to cause a lot of damage in the past, but they are working on improving their buildings. They are now preparing for earthquakes by setting laws for new buildings to be constructed to resist quakes. The government encourages owners of old buildings to demolish them and build new structures by providing them financial support. So we need to work on building codes instead of predictions,” stressed Enezi.

The Zagros Mountains in Iran and Iraq is a very active seismic zone. “We have two plates – the Arabian Peninsula plate and Eurasia plate – and they are colliding together, leading to a lot of seismic activity. Although the strongest earthquake may reach magnitude 8, it will not affect Kuwait as it’s far away. It can only cause some buildings to shake. People have felt some of these, but they didn’t cause any damage. Old badly constructed buildings can be damaged, like a building in Sabah Al-Salem that developed cracks during one of these earthquakes,” he pointed out.

After KNSN was established, over 1,500 earthquakes have been recorded in Kuwait. “But most of these are very minor. Mostly nobody feels anything. These earthquakes don’t exceed a magnitude of 4 and are located in two zones in the south and north, mostly in oilfields. We believe it is caused by the extraction of oil, as they pump in water or gas to extract the oil, which causes changes in the internal pressure of the air, which then cracks or fractures the bedrock. Maybe it wasn’t active, but with the change in pressure, it becomes active, cracks and causes an earthquake,” Enezi told Kuwait Times.

KNSN operates daily but not 24/7. “Earlier, we faced a problem when we had an earthquake at night – we had to come here and make analyses. So we developed a system that can send us a message if an earthquake strikes, in Iran for instance, with its magnitude and depth, and provides a link to the website. All information is in this link. This way I’m working 24 hours even from home, so I can report the information to the civil defense or other institutions,” he said.

KNSN is the official network in Kuwait that can give information to the government on seismic activities. “Our work is connected to civil defense. We have a list of phone numbers to which we send messages along with the link with the information about the seismic activity, and they take the action as they have the emergency plan,” said Enezi. The center is connected to numerous stations around the world. The stations measure vibrations in the earth. So if an earthquake happens, the computer will auto pick the waves and provide information about the location.

Displays for visitors
KNSN has various machines displayed for visitors, including a model of the old way of recording earthquakes, where a needle drew the activity of waves on a roll of paper. “We used to see this machine in old movies. It’s not working now, but we only keep it for display for visitors to see. We also have a model of the seismometer that is in our stations.

This machine is placed in a vault as it is very sensitive and we want to minimize noise. It can do auto analysis of the transmitted information, but we do it manually,” Enezi said. “We have a website displaying regional and international seismic activities. It provides information about these activities by clicking on an area. It livestreams the current activity happening”.

“We receive school field trips all the time. We give students awareness information about the work of our network and earthquakes. KISR also sometimes holds training courses for students. We give them a sample earthquake event and tell them how to calculate the information including its magnitude and depth in a simple way,” he noted.

On a parting note, Enezi advised people to stay away from rumors, especially on social media. “People should get information from reliable official sources. Recently, someone spread rumors about an expected major earthquake that will take place here, which caused panic among people. People were even calling me asking if it’s true and wondering if they can take their children to school. So please don’t listen to rumors,” concluded Enezi. 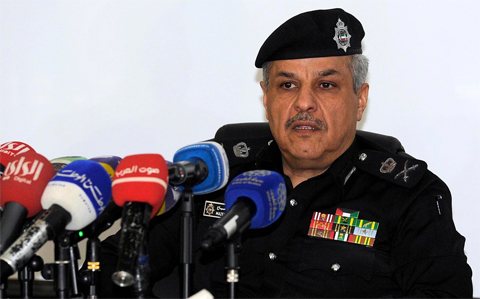 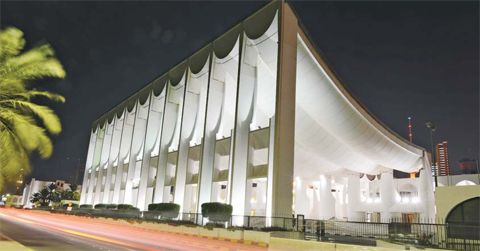 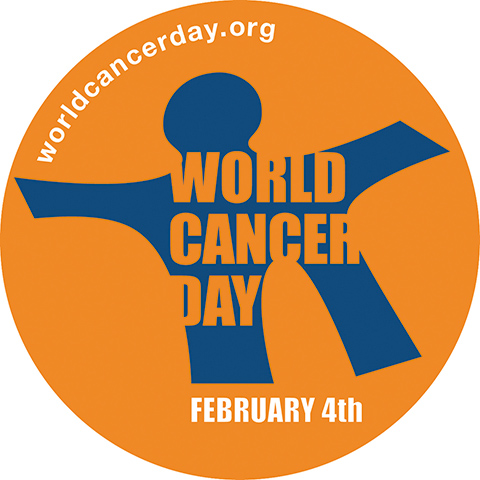