Residents told to ‘get out now’; Hurricane takes aim at Carolinas

WRIGHTSVILLE BEACH: Highways clogged with people fleeing North and South Carolina yesterday as monstrous Category 4 Hurricane Florence rumbled toward the eastern US as the biggest storm there in decades. While many coastal residents heeded mandatory evacuation orders, others boarded up homes and businesses and chose to brave the storm, which is forecast to trigger severe flash flooding as it dumps as many as three feet of rain in some areas.

Life-threatening storm surges of up to a staggering 13 feet in some places were also forecast. North Carolina Governor Roy Cooper warned that staying put would be a grave mistake and said people in evacuation zones “need to get out now.” “This is not a storm that people need to ride out,” Cooper told reporters. “This is a storm that is historic, maybe once in a lifetime.”
Up to 1.7 million people in North Carolina, South Carolina and Virginia have been given voluntary or mandatory evacuation orders, according to emergency management officials, as the storm churned across the Atlantic Ocean towards the coast. The eastbound lanes of several major highways have been shut down to allow for a smooth flow of traffic inland. “We are already experiencing heavily impacted traffic on some of the evacuation routes,” said Jeff Byard, the associate administrator for response and recovery at the Federal Emergency Management Agency (FEMA).

Forecasters are predicting that Florence will make landfall in the Carolinas late Thursday or early Friday as a still powerful Category 3 hurricane. As of 5:00 am, Florence was a dangerous Category 4 hurricane packing sustained winds of 130 miles per hour, the Miami-based National Hurricane Center (NHC) said. It was located 575 miles east-southeast of Cape Fear, North Carolina, and moving at 17 mph in a west-northwest direction. Briefing from the Oval Office, President Donald Trump urged people to heed orders to evacuate, saying “if you are asked to leave, get out.” “This will be a storm that’s going to be far larger than we have seen in perhaps decades,” Trump said.

‘Direct hit’
Speaking in the Oval Office alongside Trump, FEMA administrator Brock Long said Florence may be a “very devastating storm.” “The power will be off for weeks,” Long said. “You’re going to be displaced from your home in coastal areas. There will be flooding in inland areas as well.” Byard, the FEMA official, said “this storm is not going to be a glancing blow.” “This storm is going to be a direct hit.” “Hurricane Florence is the strongest storm to target the Carolinas and this part of our country in decades,” Byard said. The NHC said Florence is expected to be an “extremely dangerous major hurricane” when it makes landfall in the Carolinas late Thursday or early Friday, bringing life-threatening storm surge to coastal areas.

A state of emergency has been declared in Maryland, North Carolina, South Carolina, Virginia and Washington amid concern over potential torrential rain and flooding. The last time the US capital declared a state of emergency was in January 2016 when a winter storm dubbed “Snowzilla” blanketed the capital region in knee-deep snow. In Charleston, South Carolina, some residents were making preparations to leave Tuesday while others planned to ride out the storm. Streets were quiet with schools and many offices and businesses closed. Michael Kennedy, an engineer at Boeing, said he planned to leave on Tuesday for his parents’ home in Atlanta, Georgia.

But his partner, Emily Whisler, said she will remain behind at the university where she is a resident in the psychiatry program. “They told me to bring a pillow and blanket,” Whisler said. “I’ll be living there for a few days.” Charleston, resident William Belli said he would not be among those joining the exodus. “Been through it!” Belli said, referring to Hurricane Hugo, which caused widespread damage in South Carolina in 1989. “Not worried in the least.” Walking his dog along empty streets, Belli said he’s well stocked with food and water. “I will enjoy the quiet,” he said.

‘Catastrophic damage’
South Carolina Governor Henry McMaster on Monday ordered the mandatory evacuation of one million coastal residents. Schools in 26 of the state’s 46 counties were ordered closed from Tuesday. Cooper, the governor of neighboring North Carolina, ordered an evacuation of the Outer Banks, barrier islands that are a popular tourist destination, and parts of coastal Dare County.

In Virginia, 245,000 coastal residents were ordered to evacuate including from the Eastern Shore, another popular beachfront destination. In neighboring Maryland, Governor Larry Hogan said his state was readying for potentially “historic and catastrophic rainfall, life-threatening flooding, and high winds.” On the five-level Saffir-Simpson hurricane wind scale Florence is a Category 4, meaning it is capable of causing “catastrophic damage.” By Saturday, total rainfall could accumulate to 20 inches (51 centimeters) — or even 30 inches in places-in parts of the Carolinas and Virginia, the NHC said.

Fort AP Hill and Fort Bragg were selected as FEMA Incident Support and Federal Staging Area to assist in the response, the army said. The Virginia National Guard is planning to initially bring up to 1,500 soldiers and airmen to offer help in the state’s response operations. Some 7,000 guard members are ready to mobilize in North Carolina, while 1,100 will be activated in South Carolina. At this height of the Atlantic hurricane season, Florence was being trailed on east-to-west paths by two other storms, Hurricane Helene and Tropical Storm Isaac, but neither packs the deadly punch of Florence.- AFP 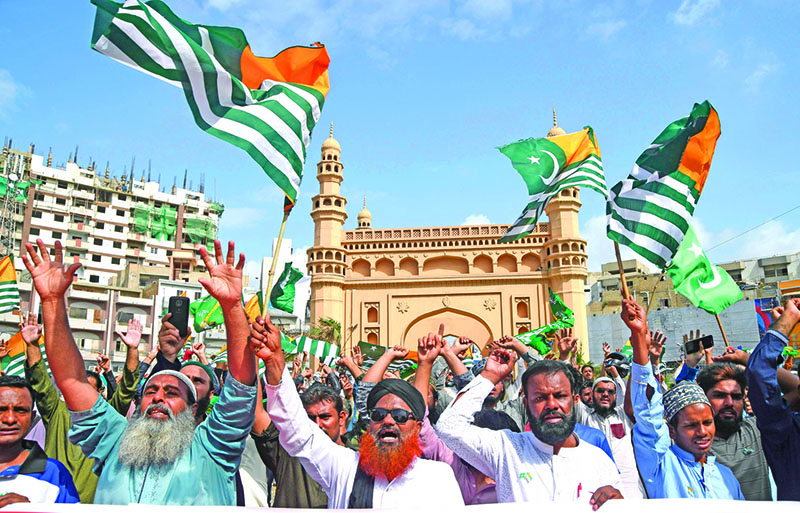 Besieged Kashmir neighborhood in test of wills with India leader 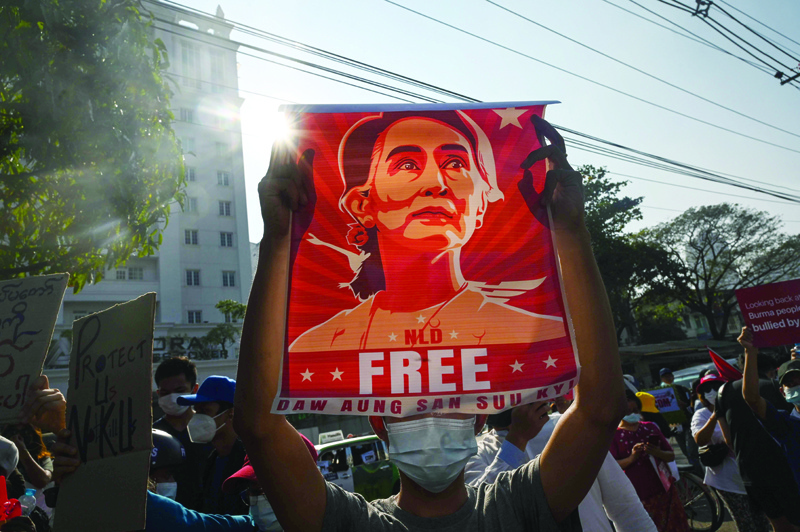 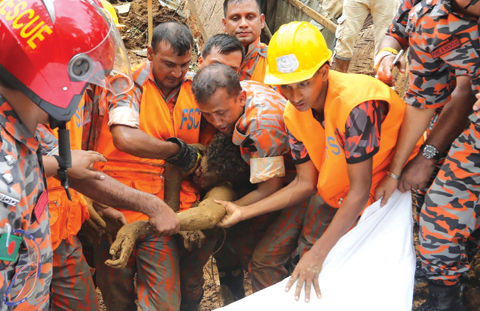 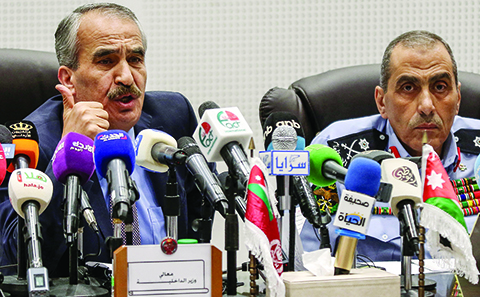