WASHINGTON/LONDON: Credit ratings agency Moody’s on Friday downgraded the outlook for Britain’s debt, citing mounting policy challenges amid the Brexit debate. The agency cut the outlook to negative from stable but kept the debt at the investment grade Aa2. The ratings agency Fitch had similarly put Britain on “negative watch” in February. Pointing to “paralysis that has characterized the Brexit-era policymaking process,” Moody’s said London has “struggled to cope with the magnitude of policy challenges that they currently face.”

In addition, Britain’s “economic and fiscal strength are likely to be weaker going forward and more susceptible to shocks than previously assumed,” Moody’s said in a statement. Britons voted by 52 percent to leave the European Union in a 2016 referendum, but MPs have been divided over how, when and even if that result should be delivered. The political wrangling has forced two successive Conservative governments to ask the European Union to delay Brexit three times this year.

It is now set for January 31. Current Tory Prime Minister Boris Johnson hopes the snap election next month will give him a majority in the House of Commons to allow him to ratify his exit terms and finally leave the EU. “Over the longer term, institutional weakening may also impact the UK’s economic strength, through its effect on the investment climate and on the UK’s attractiveness to skilled and unskilled foreign labor,” Moody’s said.

“In recent years, we have already seen the negative impact this can have, and Moody’s expects this negative influence will likely endure as the exit process continues and uncertainties persist during the subsequent phase of trade negotiations with the EU and with other nations.”

Britain remains highly indebted and this was unlikely to change in the next three to four years, according to Moody’s. In a toughly worded statement, Moody’s said the fissures in Britain’s society and politics exposed by its still-unresolved decision to leave the European Union would be long-lasting. “It would be optimistic to assume that the previously cohesive, predictable approach to legislation and policymaking in the UK will return once Brexit is no longer a contentious issue, however that is achieved,” the ratings agency said.

Moody’s said Britain’s 1.8 trillion pounds ($2.30 trillion) of public debt – more than 80 percent of annual economic output – risked rising again and the economy could be “more susceptible to shocks than previously assumed.” Both of the main political parties have promised big spending increases ahead of next month’s election.

“In the current political climate, Moody’s sees no meaningful pressure for debt-reducing fiscal policies,” the ratings agency said. Prime Minister Boris Johnson called the Dec. 12 election in an attempt to break the deadlock over how, and even if, the country should leave the EU, more than three years after the Brexit referendum.

Moody’s said the “increasing inertia and, at times, paralysis that has characterized the Brexit-era policymaking process” showed how the UK’s institutional framework has diminished. Even once Britain was out of the EU, uncertainty would remain because of the “significant challenges” of reaching a future trade deal with the bloc, it said. Any signs that Britain was unable to replicate the benefits of EU membership with trade deals in Europe and beyond would also be negative for the rating.

Moody’s, which stripped the country of its AAA rating in 2013 and downgraded it again in 2017, said it was lowering the outlook on Britain’s current Aa2 rating to negative from stable, meaning the rating could be cut again. At Aa2, Britain is on the same level as France but below Germany’s AAA rating by Moody’s.

Moody’s said the government, after reducing a budget deficit which leapt to 10 percent of GDP in 2010, had been increasingly willing to “move the goalposts” on making further progress.

“Successive governments have announced large, permanent increases in public expenditures, most notably a large increase in spending on the National Health Service, outside the normal calendar for fiscal policy changes and without detailed policy plans,” it said. Last month, ratings agency Standard & Poor’s said it would cut Britain’s AA credit rating if the country leaves the EU without a deal, and it, too, warned that Brexit indecision was causing government paralysis. – Agencies

Escalation of Kuwaitis' demonstrations could leave the government vulnerable 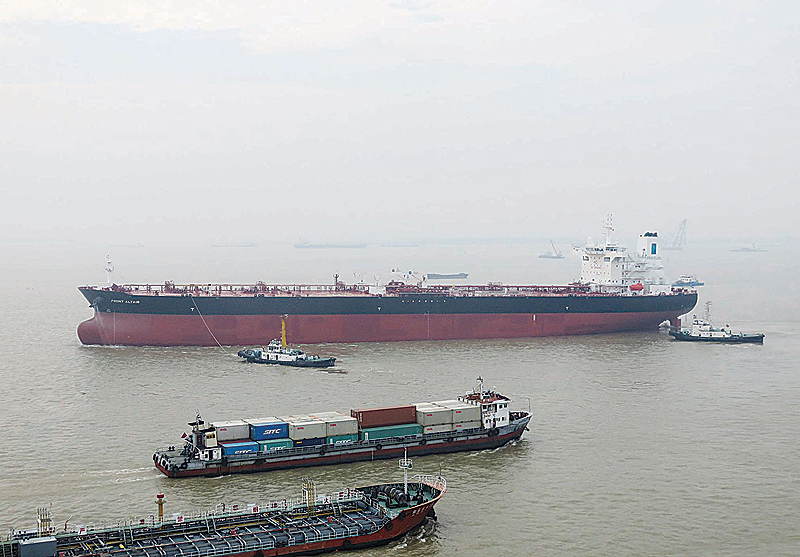 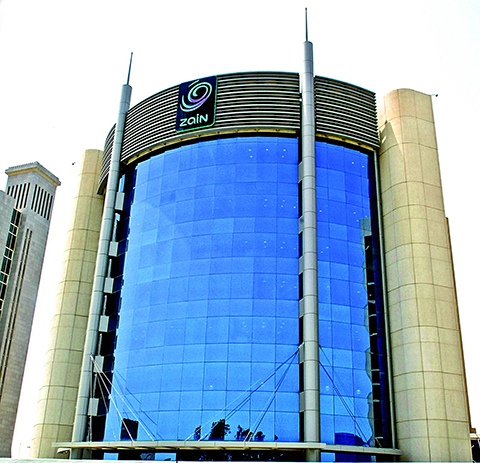 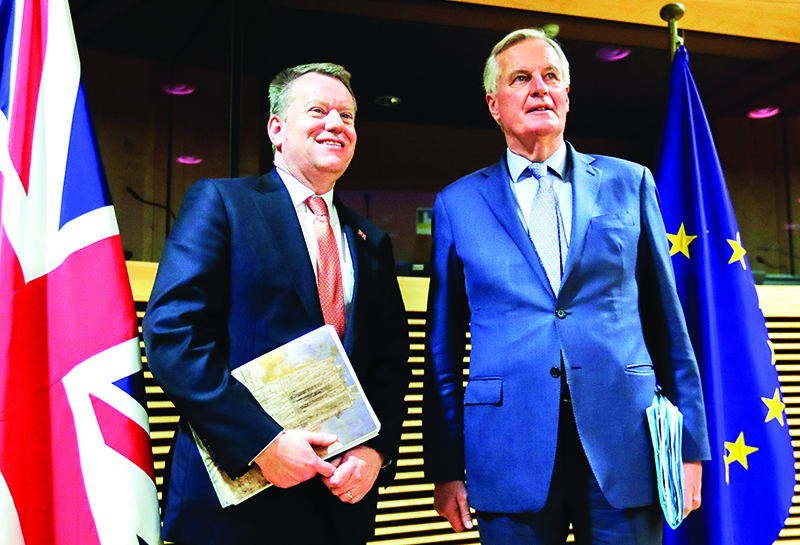 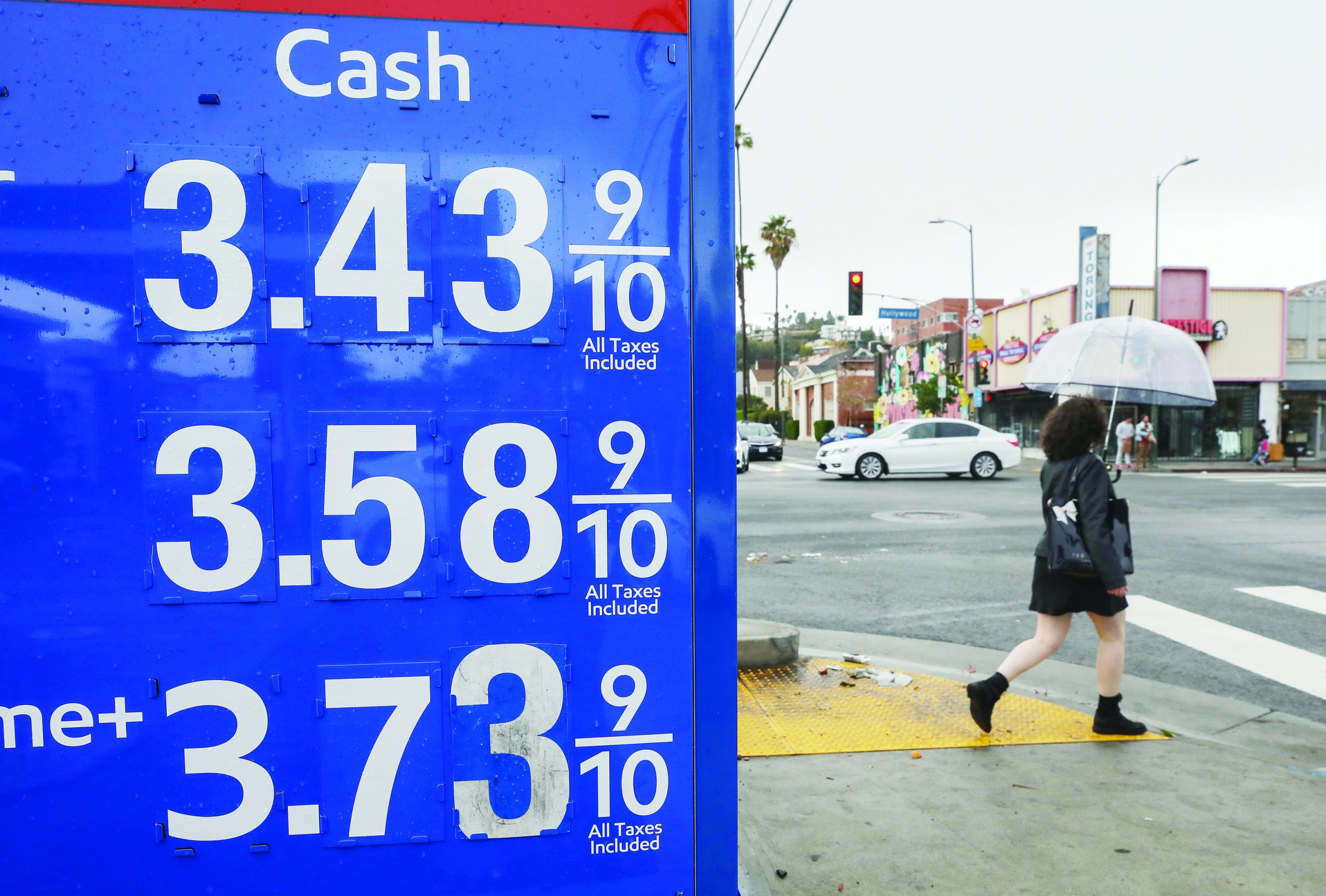