KUWAIT: Some MPs have called for increased fees on expats, especially since oil prices keep on dropping, but added they should not be heavy. Others are calling for not increasing fees on citizens and expats, while some pointed to the KD 5 billion expats remit abroad every year, with the possibility of investing it inside Kuwait.

Meanwhile, some believe that there should be differentiation between Arab expats and non-Arabs, who are mostly unskilled laborers, and not deport those with competence, but their numbers should be reduced in a manner that remedies the demographic imbalance.

MP Abdullah Al-Turaiji said fees on services presented to expats must be reviewed, especially for residency, tourist and commercial visas, along with health fees. He said Kuwait did not spare providing everything to expats in the past decade, but the financial deficit requires certain measures to find alternative revenues to replace oil, as its prices have not stabilized for the past two years.

Turaiji said the increase in fees on services for expats should not be heavy, but its imposition has become an urgent necessity. He said Kuwait did not consider hiking fees on expats despite the current fees being symbolic, which are no longer suitable with the current financial circumstances that have repercussions even on citizens, as gasoline prices went up lately. Turaiji said the imbalance of the population structure must be corrected immediately, because “it is not logical to have the number of expats threefold that of citizens, and most of them are unskilled and uneducated, which poses a security as well as social and economic concern”. He also called for greater supervision over residency traders who caused the defect in the population structure.

MP Ahmad Al-Qudhaibi said the increased prices including that of gasoline were not on citizens only – rather they included expats too, and affected everyone. “We said earlier that the price increases without studies is rejected, and this is what happened when the government decided to raise gasoline prices in a wrong way,” he said. He said fee increases are totally rejected, be it on citizens or expats, because the current chaos is not realistic, which reflects negatively on the economic situation. “So the government must take steps before taking a decision that will not have positive results.”

Remittances
MP Sultan Al-Lughaisem asked to check the size of remittances that leave Kuwait every year, because they are “beyond imagination”, while the latest statistics by the finance ministry show that nearly KD 5 billion leaves Kuwait annually, and demanded a government and parliamentary stand as well as a technical and economic study on its effect on the national economy.

Lughaisem said this astronomical figure needs the mobilization of banking establishments, because the annual transfer amount has tremendous effect on the economy, and “as long as we are suffering from a financial deficit, then one should look at foreign transfers and reconsider the situation because the number of expats has increased in recent years”. He said there must be a government-parliamentary move, and attention should be paid to foreign transfers and review the labor situation.

He said most expats have sent their families back home and live as bachelors, which has negative effects on the economic, social and security situation. Lughaisem said indicators warn of a danger that we should avoid, because leaving matters as they are will not be in the interest of the country.

He demanded that fees be increased on expats, “because Kuwait was always generous to those who live in it, but we are now in a situation that compels us to stimulate the market and search for revenues that add to the budget, and our dependence should not be on oil only”.

He said expat remittances are considered the highest in the region, and “we most move quickly to limit the large amounts”. He called for a study that takes into consideration providing investment opportunities that contribute to keeping the money in Kuwait and employing it domestically in partnership with expats, who should contribute to the cost of services extended to them, particularly in health and education.

Petrol between loyalty and ungratefulness 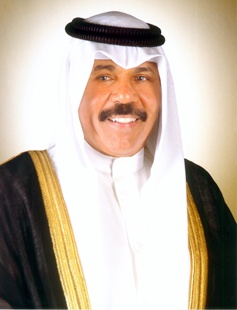 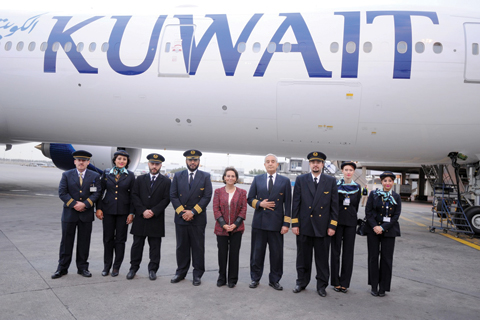