KUWAIT: Kuwait’s foreign minister yesterday condemned what he called an “escalation” by Manila after the Philippines expanded a ban on its nationals working in Kuwait. Manila on Monday announced a “total ban” on employment in Kuwait, including Filipinos who already have employment permits. The measure came after President Rodrigo Duterte angrily lashed out at Kuwait over reports of Filipino workers suffering abuse and exploitation. Duterte said last week that his government would ask private airlines to evacuate Filipino nationals from Kuwait within 72 hours, after the discovery of the dead body of a Filipina maid in a freezer.

“This escalation will not serve the relationship between Kuwait and the Philippines,” Foreign Minister Sheikh Sabah Khaled Al- Sabah told reporters. “We condemn the statements of the Philippine president, especially since we are in contact with the Philippines at the highest level to fully explain the state of the Filipino workforce in Kuwait,” he said, adding that Filipinos “live a decent life in Kuwait … but separate accidents unfortunately happen, and we are providing our Filipino counterparts with the results of the investigations”.

Earlier yesterday, MPs strongly condemned the attacks by the Philippines against Kuwait and lashed out at the government for remaining silent. The lawmakers called on the government to respond against the Filipino allegations with strong-worded statements and recruit manpower from other countries. Minister of Commerce and Industry Khaled Al-Roudhan said a committee has been formed to study the problem of the Filipino workers and that the Cabinet has decided to open the door for the recruitment of workers from Indonesia and Bangladesh.

Meanwhile, heeding the call by Duterte, the numbers of runaway Filipino housemaids have begun to swell at the Philippine embassy’s shelter in Salam, with an unprecedented number of domestic workers absconding from their sponsors. The shelter normally receives 5 to 10 runaways a day, but on Sunday, 92 runaways were recorded, and on Monday, 111 domestic helpers went to the Philippines Embassy demanding to be repatriated back home.

“It’s only 2 pm and we already have 82 runaway housemaids today. By the end of the day, the figure can reach more than 100,” Philippine Labor Attache Alex Padaen told Kuwait Times yesterday. “If the trend persists, we may not be able to accommodate them all here at the shelter. We have requested Manila for another shelter to house runaway domestic helpers heeding the call of the president,” he added.

But Padaen called on Filipino workers to keep calm. “This is an overwhelming number. Domestic helpers have to understand that the president is not calling them all to return home – only if they are not treated well. I would like to appeal to Filipino household workers to calm down – if they are treated well by employers, they don’t need to run away. A lot of reports are pouring in their Facebook newsfeeds, so most of them are confused. Please stay in your sponsor’s house and complete your contract if you are not being mistreated,” he appealed.

Ofelia Baleroso, 40, arrived in Kuwait only last month, but heard about Duterte’s call and decided to flee with a Filipina colleague. “When I arrived here last month, she told me our boss is mistreating her. I hadn’t experienced it yet, but decided to run away with her because I did not want to stay there alone. I was really scared. We told our boss that we are heeding the call of our president and would like to go to the embassy. They didn’t resist and told us to leave, but didn’t give us our passports,” she said.

Another Filipina, Romilina Tabio, admitted she wanted to take advantage of Duterte’s call to be repatriated after her father died. “My father passed away, and I wanted to go home because I hadn’t seen him for years. So I grabbed the opportunity to go back home for free,” she noted.

Kuwaiti authorities say 252,000 Filipinos work in Kuwait, many as maids. They are among over two million employed in the region, whose remittances are a lifeline to the Philippine economy. Domestic workers in Kuwait are not covered by regular labor legislation. Human Rights Watch and other rights groups have documented widespread abuses, including non-payment of wages, long working hours with no rest days, physical and sexual assault, and no clear channels for redress.

MP Saleh Ashour said it seems Duterte likes action like the US and South Korean presidents, and called on the foreign minister to issue a statement to respond to the Philippine president. He urged the commerce minister to allow the recruitment of manpower from other countries. MP Adel Al-Damkhi, head of the Assembly’s human rights committee, described the Philippines’ statement as an attempt to distort Kuwait’s image and portray as if foreign workers are being abused in the country. He said the attacks are an attempt at tarnishing Kuwait’s reputation and called on the foreign ministry to respond strongly.

MP Omar Al-Tabtabaei said some maid recruitment offices enslave maids and abuse their rights, and this should be confronted. He said the government has failed to defend its own people, and as a result will not dare to defend Kuwait against those who insult it. The government said it is not silent on the issue and has raised it with Manila.

The Assembly however asked its foreign relations committee to investigate the issue and submit its report on March 6. The Assembly later approved a law in the first reading to allow non-Kuwaitis to get employment in the army in a bid to open the way for bedoons or stateless people to get jobs in the army. The government insisted to have only one vote on the law so it can be reviewed until the second and final vote.

By Ben Garcia, B Izzak and Agencies 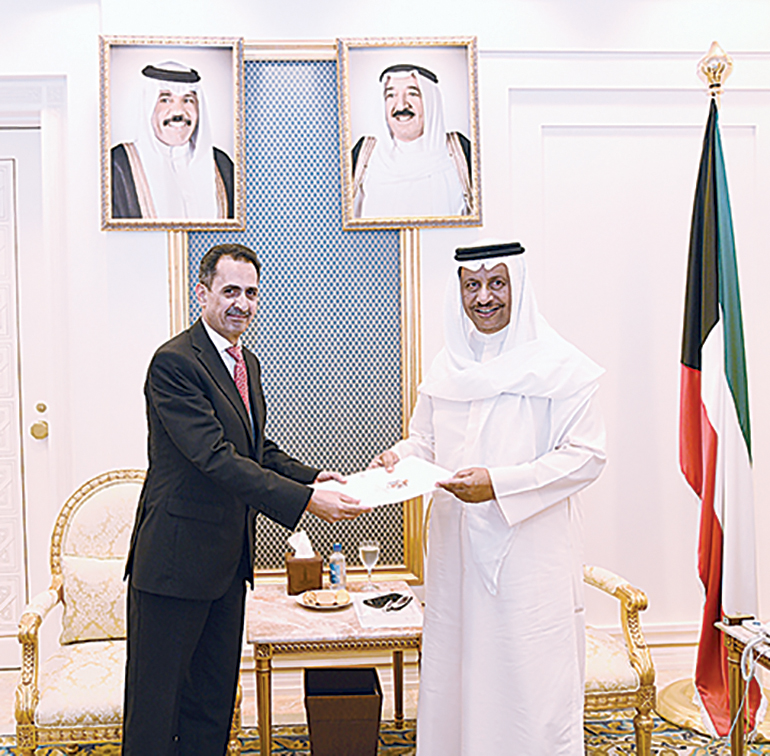 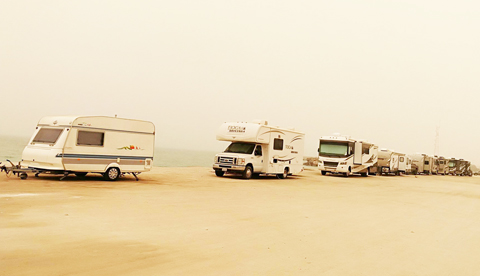