NAYPYIDAW: Myanmar leader Aung San Suu Kyi yesterday voiced defiance as she made her first court appearance since being detained in a coup, vowing her ousted political party would live on. Myanmar has been in uproar since the February 1 putsch, with near-daily protests and a nationwide civil disobedience movement. More than 800 people have been killed by the military, according to a local monitoring group. The junta has threatened to dissolve her National League for Democracy-which swept elections in 2020 — over alleged voter fraud.

The Nobel laureate-who has not been seen in public since the coup-sounded “healthy and fully confident” during the 30-minute meeting, her lawyer Min Min Soe told AFP. “She wishes her people to stay healthy as well as affirmed the NLD will exist as long as people exist because it was founded for people.” Suu Kyi has been hit with a string of criminal charges including flouting coronavirus restrictions during last year’s election campaign and possessing unlicensed walkie-talkies.

There was a heavy security presence in the capital Naypyidaw, an AFP correspondent said, with the road to the specially-constructed courthouse blocked by police trucks. There have been weeks of delays to Suu Kyi’s legal case and her lawyers have struggled to gain access to her. The next hearing was set for June 7, Min Min Soe said, adding she had also met with former president Win Myint, who was ousted and detained along with Suu Kyi.

“It’s hard to say why this meeting was now allowed,” Richard Horsey, Senior Adviser on Myanmar to the International Crisis Group told AFP. “But (it) certainly suggests that the regime is feeling more confident-despite the magnitude of the ongoing crisis and resistance.” As the lawyers left the compound in Naypyidaw, police arrested a legal representative of senior NLD figure Myo Aung, lawyers told AFP.

‘Everything she can’
Junta leader Min Aung Hlaing gave a two-hour interview to Hong Kong’s Phoenix Television last week, with the full program yet to air, though portions have been released. Asked about Suu Kyi’s political achievements, the military leader said: “In short, she has done everything she can.” The military announced a one-year state of emergency after it seized power, and said it would be followed by fresh multi-party elections. A group of ousted lawmakers-many of them previously part of the NLD-have formed a shadow “National Unity Government” in an attempt to undermine the junta.

The junta has classified them as “terrorists”. In a separate interview excerpt, Min Aung Hlaing disputed the death toll from the protests and said he was not ready to adopt a consensus brokered last month by the Association of Southeast Asian Nations to halt the violence. The continuing bloodshed has pushed some in the anti-junta movement to form a so-called “People’s Defence Force” (PDF) in their townships-made up of civilians who fight back against security forces with homemade weapons.

Sunday saw heavy fighting between junta forces and the Karenni National Progressive Party-an ethnic armed group with a stronghold in Kayah state on Myanmar’s eastern fringe. The military used tanks, mortars and helicopters in the fighting which continued into Sunday night, according to a senior KNPP leader. Four people taking refuge in a church were killed in army shelling, according to media and a spokesperson for a local group coordinating evacuations from the area. – AFP

Arab Israeli woman jailed for joining IS with family 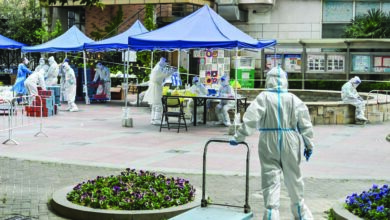 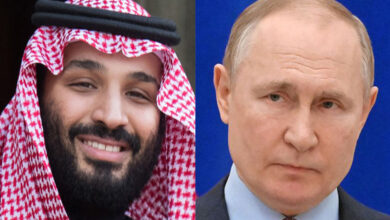 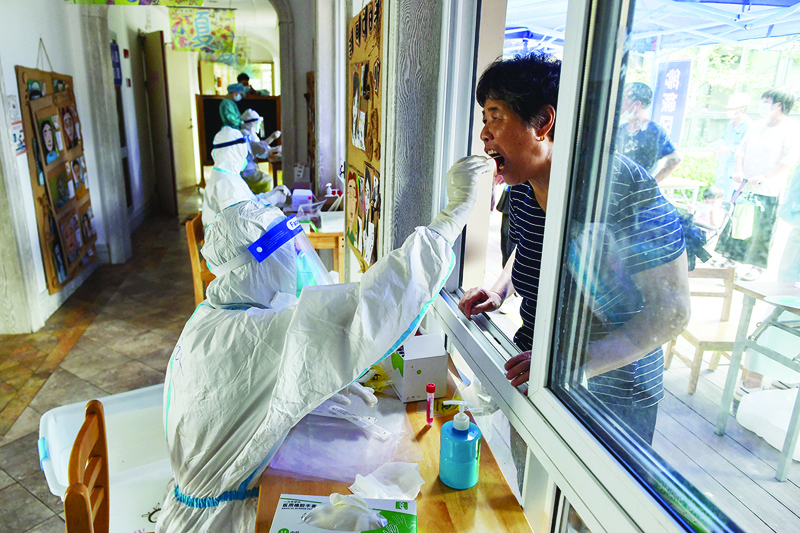 Millions under lockdown in Chinese cities