Kuwait Petroleum Corporation (KPC) controls the oil sector’s assets in Kuwait as a holding company, and it has several specialized subsidiaries of all specialties of oil systems, as each company has its own independent entity, its rules, board of directors, executive apparatus and financial liabilities. I believe this organization does not serve the general long-term plan that is supposed to be for any specialized apparatus, as the distribution of specialties with a decentralized approach will disperse efforts and increase financial costs. It will create unnecessary posts and be like the excess fat on the public budget’s body!

If we take a look at international companies, we will find that the organization of work is done according to the one-unit centralization, as the general principles are concentrated on a common base that is formed from the unified name and main budget from which a separate budget is derived, along with a horizontal link in planning job opportunities and required positions, as well as other related suitable requirements.

KPC controls in a supervisory capacity over the rest of companies under its banner, yet each company has a name, specified brand and a board of directors that run the executive apparatuses of the same company. So here I wonder then what is the role of the holding company?

I believe, that through follow up, it is better to approve a structural process pertaining to the general centralization that makes it easier to take a decision and implement it, in addition to having a unified trademark for all, as they all work side by side under the same trademark that belongs to the mother company. This would also save a good amount of finances through the unification of the boards of directors in just one board and the rest under an executive director who carries out the general policies of the mother company, as the companies’ names should be changed to a subordinate unit, for example the chemicals unit of KPC, the exploration unit of KPC, and so on.

Among the first steps of the modified structure is to change the corporation entity into a company and change companies to administrative units belonging to the company with central management without breaching the organizational independence of the decision-making process, and all units must be under one logo and one unified higher management run by a clearly agreed upon strategy that does not change with the change of persons in the higher management, nor does it get frozen due to a transient or wrong emotional decision!

Also, the confusion in future plans and changing them from the 2030 plan to the 2035 plan up to the 2040 plan. Most important is the difficulty in achieving any of these plans, because continuous change of views results in fatal mistakes in the field of research and planning.

We should not forget that the increasing costs at Kuwait Oil Company (KOC) reflects on the price of the production of a barrel of oil, as whenever the KOC budget increases, the cost of the production of an oil barrel increases. So far there is failure at the company with regards to its production ability until now, as it cannot produce more than three million barrels per day, bearing in mind that all its plans since 1991 until now failed, while other countries were able to increase their oil production significantly!

We, at this point, should ask where are the budgets that were spent on increasing production and dealing with oil reservoirs and what are the results? There is so much argument about the general performance of oil companies, yet there are many engineers and experts who are ably leading the management in this important sector, yet ambition for the better requires us to put pleasantries aside and place the finger on the problem for more development and achievement and get the best possible results according to the available facilities. The first of these plans as we see it is a comprehensive restructuring that contributes to a qualitative move that elevates the general standard of the oil sector.

Those who blame others 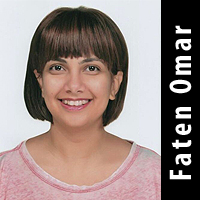