Obesity in Kuwait affects more than 40 percent of the population, according to Dr Haitham Al-Khayat, general laparoscopy and bariatric surgery consultant.
“We clearly live in an obesogenic environment that is toxic for individuals with severe obesity. The challenge is daunting for people who not only fight against the excess calories in larger portion sizes, but also decreased physical activity,” Khayat said.

Dr Khayat defined obesity as a medical condition that occurs when a person has excess weight or body fat that might affect their health. “Obesity is of three types – moderate obesity, which is when the person’s weight is 20-25 kg more than the ideal weight, severe obesity (extra 30 to 40 kg), and when it is more than 40 kg, we call it morbid obesity,” he said.
With the increase in obesity comes an increase in the number of weight loss surgery procedures. One of the most common surgeries for weight loss is bariatric surgery. This operation is done by making surgical changes to the stomach and digestive system, which limit how much food you can eat and how many nutrients you absorb. But how safe are the procedures and do the benefits outweigh the risks?

Dr Khayat said candidates for surgery should meet additional criteria including failed previous weight loss attempts or psychiatric illnesses. “We do not encourage people to go for the surgery. We want people to adopt a healthy lifestyle and make surgery the last option.”

Bariatric surgery is currently the most effective treatment for morbid obesity with proven benefits in terms of improvement of the quality of life, obesity-related morbidity and obesity-related mortality. The safety of bariatric surgery is widely documented in literature. Dr Khayat said the health risks of obesity far outweigh the risks associated with bariatric surgery. “Patients must get a background about the surgery. Doctors usually tell the patient about the side effects, where the body after the surgery may not absorb nutrients well, especially if they do not take prescribed vitamins and minerals. Not getting enough nutrients can cause other health problems such as anemia and osteoporosis,” he said.

“Weight loss surgery will radically change how you eat. Meals that might have seemed tiny in the past will quickly make you full. You’ll need to eat small amounts slowly and chew well. Patients will not be able to drink when they eat anymore, because it can wash food out of the stomach too quickly and interfere with the feeling of fullness. Because they are eating less, they need to focus on choosing the most nutritious foods,” he added.

Ali Hesham Al-Moqadem, a 22-year-old student, told Kuwait Times about his experience in losing weight by bariatric surgery. “My previous weight was 210 kg and now it is 97 kg. I lost more than half my body weight in two years. I knew about some side effects of the surgery, like hair loss and amnesia, but I did not have full knowledge about it. I asked people who had done it, but it seems we all did not have the same side effects. It seems it differs from one person to another,” Moqadem said.

He expressed his happiness in underdoing the surgery despite the health issues he is facing now. “Before the surgery, I did not suffer from gallbladder problems. Now I cannot eat and drink at the same time and suffer from hair loss and dizziness, but generally the surgery was better for my life and gave me a chance to be a new person, where I’m not afraid of people judging me. You can socialize more and meet new people, because now people are seeing you as a normal person,” said Moqadem.

“I always saw looks of pity in the eyes of people because I was overweight. My dream was to buy regular clothes from the mall instead of going to the tailor. You can also practice any sport you want.” It cost Moqadem about KD 1,500 for the surgery in 2016, but he says it was the best money he ever spent.

Islam Badawi, a 24-year-old operations coordinator, weighed 135 kg before surgery, and currently weighs 96 kg. He said he knew about the side effects associated with bariatric surgery like dizziness and nausea, yet he underwent the procedure in 2018 to get back his “psychological health”. “Bariatric surgery involves reducing the size of the stomach so there’s less room to fit food. Not only are you then able to feel full after having small amounts of food, but the surgery also causes hormonal changes that reduce people’s appetite and cravings,” he explained.
Badawi said that before undergoing the surgery, he did some research by watching YouTube videos and reading about it. “I sometimes suffer from dizziness; also, my immunity is weak, but it’s getting better. But I’m happy that I got back my physical ability to run and my health is improving. I had a lot of headaches before, but after the surgery, I only get a headache once a month now. I also have the ability to control the amount I eat. The surgery is considered as a rebirth for me,” he said.

For the love of riding 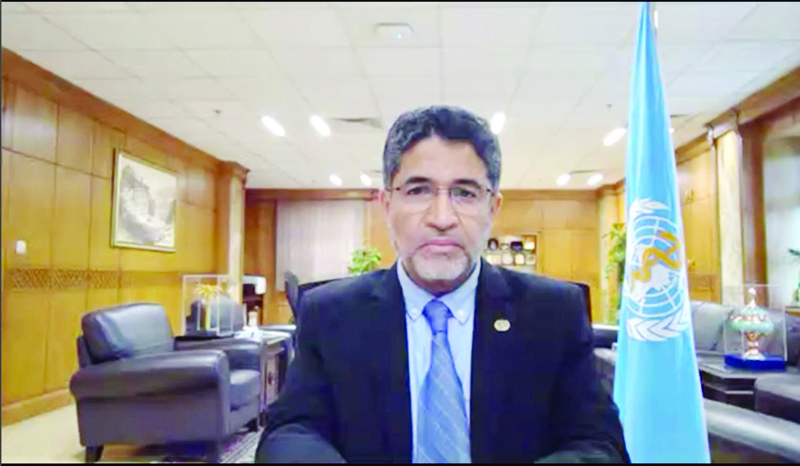 WHO praises Kuwait’s response to pandemic 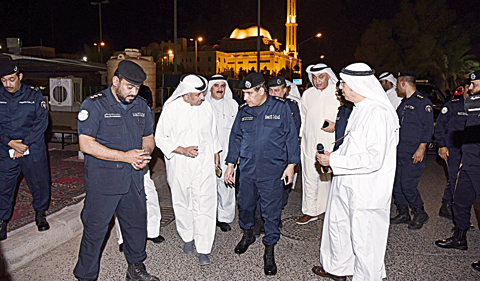 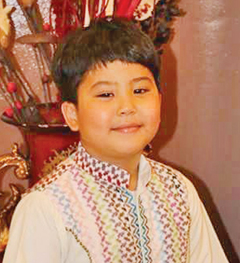