The Muslim world is in the second tenth of Ramadan, a month that is usually calm and relaxed, but this year, serious political events have encroached into our lives. Conflict between two major states such as Iran and the United States can lead to serious consequences and a devastating impact on the Gulf region if tensions do not ease as soon as possible.

Powerful explosions at UAE’s Fujairah port this week created fears in the world. No country has taken the responsibility for it yet. The United States has warned about the dangers of maritime shipping in the region.
The trouble in Fujairah sent a warning to all regional countries to look at the phenomenon of security in the region as oil is the nerve of the region.
Oil prices have a big impact on everyone, and I think the major goal of military operations in the Middle East is to ensure that shipping lanes remain open. But there are challenges facing the oil industry and consumers, and OPEC should participate in stabilizing the oil market.

I believe that confronting instability is one of the most important challenges facing the oil market at present that is affecting the growth of the global economy, especially as oil dominance is likely to remain at least for the next 20 years if not more, and the Middle East will be a major source of world oil. Oil plays a big role in the global economy of the Middle East. The region has many allies and interests that make it important for the stability and security of its friends and allies.

Oil prices need to remain stable, and there are many factors that can lead to a rise in the price of a barrel or its fall below the acceptable rate. The current price of $70 is an appropriate rate. The economies of oil-producing countries are known to benefit from rising prices in the short term as it will allow them to cut budget deficits so that they can raise costs and stimulate economic growth and investment.

While consuming countries will bear the cost of production, exporting countries will enjoy support from corporate revenues, fueling inflation. At some point, high prices may cause damage. Thus the increase in prices must be stopped because it affects the purchasing power of consumers, which could lead to a contraction in business and the global economy and a decline in the global demand for oil. For all these reasons, it is difficult to guess a specific direction of oil prices. But the current situation in the region needs to be well monitored as oil remains the lifeline of all.

Strengthening the oversight of the manpower authority 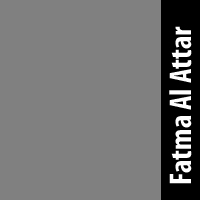 Pushing back against social oppression