LONDON/PARIS: Britain and France were yesterday looking at new measures to limit migration across the Channel and break people-smuggling networks after at least 27 migrants trying to reach England drowned off the northern French coast. The disaster is the deadliest accident since the Channel in 2018 became a hub for migrants from the Africa, the Middle East and Asia who have been increasingly using small boats to reach England from France.

President Emmanuel Macron, after vowing France would not allow the Channel to become a “cemetery”, spoke to British Prime Minister Boris Johnson to agree on stepping up efforts to thwart the traffickers blamed for the surge in crossings. Prime Minister Jean Castex also held a crisis meeting yesterday with ministers to discuss new measures, his office said.

Seventeen men, seven women and three minors died when the inflatable boat lost air and took on water off the northern port of Calais on Wednesday, according to public prosecutors in Lille. A manslaughter probe has been opened. The disaster poses a new challenge to cooperation between France and Britain after Brexit. Initial statements from both sides pinning responsibility on the other party to act indicated the tragedy will not be an automatic catalyst for cooperation.

Interior Minister Gerald Darmanin said a total of five suspected traffickers accused of being directly linked to the doomed crossing had been arrested, the fifth man suspected of buying inflatable boats for the crossing. Darmanin said only two survivors, an Iraqi and Somali, had been found and they were recovering from extreme hypothermia and would eventually be questioned. Calais mayor Natacha Bouchart said a pregnant woman was also one of the victims.

‘Persuading our partners’
In telephone talks, Johnson and Macron agreed on the “urgency of stepping up joint efforts to prevent these deadly crossings” and that “it is vital to keep all options on the table” to break the business model of the smuggling gangs, according to Downing Street. But Johnson told British media London had faced “difficulties persuading some of our partners, particularly the French, to do things in a way that the situation deserves”. And in a terse readout of the talks, the Elysee Palace said Macron told Johnson that France and the UK have a “shared responsibility” and added he “expected the British to cooperate fully and refrain from exploiting a dramatic situation for political ends”.

British officials said Johnson renewed an offer to send police and border forces to France to carry out joint patrols along the Channel coast-an idea that has been rebuffed by Paris in the past. In a sign of the tensions, Britain’s biggest-selling tabloid newspapers all carried a front-page picture of a French police vehicle apparently sitting idly by as migrants entered the waters off northern France.

More than 25,700 people have made the cross-Channel journey in small boats this year-three times the total for the whole of 2020, according to data compiled by Britain’s PA news agency. Darmanin insisted that Paris was doing all it could to break the trafficking networks, saying France had arrested 1,500 people smugglers since the start of the year and accusing them of operating like “mafia organizations”. He was due to hold new talks with British counterpart Priti Patel later.

‘No other choice’
French officials said earlier three helicopters and three boats had searched the area, finding corpses and people unconscious in the water, after a fisherman sounded the alarm. The boat had set off from the coast at Dunkirk before hitting trouble off Calais to the west, a source close to the investigation said. One of the French lifeboat workers, Charles Devos, described seeing “a flat, deflated inflatable boat with the little air that remained helping it float” surrounded by bodies of the drowned. Pierre Roques of the Auberge des Migrants NGO in Calais said the Channel risked becoming as deadly as the Mediterranean, which has seen a much higher toll from migrant crossings.

“People are dying in the Channel, which is becoming a cemetery. And as England is right opposite, people will continue to cross,” he said. A Sudanese man aged 30, Armed, told AFP in Calais after being rescued following a failed attempt to cross that he was aware of the tragedy but it would not stop him trying again. “It’s terrible, but I’ll try it again and again. I have no other choice. I know it is dangerous. I know I’m risking my life. But I have no other choice,” he said.

War of words
The two neighbors have long cooperated on trying to stop migrants crossing the Channel, which used to take place out of public view when they hid themselves in trucks or cars using ferries or the Channel Tunnel. The significant switch by migrants to the sea route from 2018 is partly because of France’s success in securing the port of Calais and the entry to the Channel Tunnel, where giant fences and high-tech scanners keep many intruders out. After decades of funding new border infrastructure, Britain agreed in July to provide France with a further 62.7 million euros ($73.8 million) to stop migrant boats from setting sail, with the funds earmarked for extra beach patrols and equipment such as night-vision goggles. – AFP 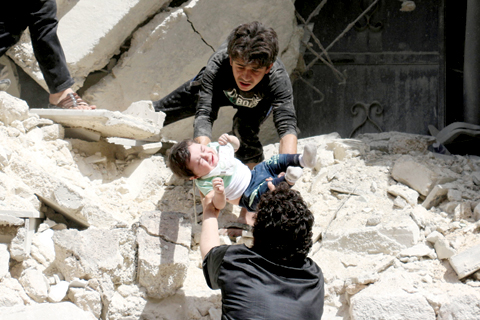 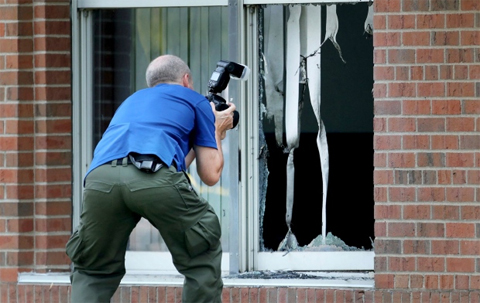 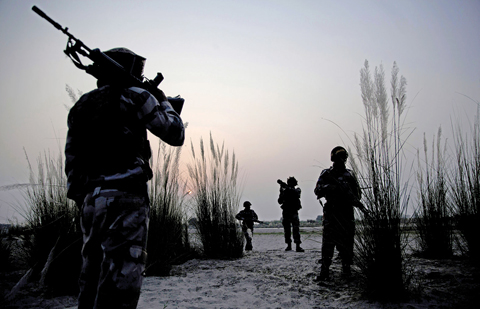 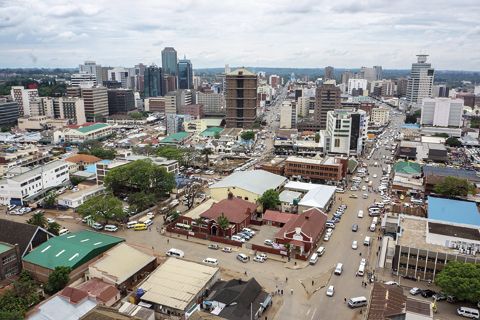