KARACHI: Pakistani Prime Minister Imran Khan blamed India’s ruling Bharatiya Janata Party (BJP) for “whipping up war hysteria” over claims that India shot down a Pakistani F-16 during a standoff in February, saying the truth is always the best policy. US-based Foreign Policy magazine, citing US officials, said all of Pakistan’s F-16 combat jets had been accounted for, contradicting an Indian air force assessment that it had shot down one of the jets.

“The truth always prevails and is always the best policy,” Khan said in a Tweet. “BJP’s attempt to win elections through whipping up war hysteria and false claims of downing a Pak F 16 has backfired with US Defense officials also confirming that no F16 was missing from Pakistan’s fleet.” Nuclear-armed neighbors India and Pakistan engaged in an aerial battle over the disputed region of Kashmir a day after Indian jets crossed over into Pakistan to attack a suspected camp of anti-India militants. An Indian jet was brought down during the fight and its pilot captured when he ejected on the Pakistani side of the border. He was later released.

India said it too had shot down a Pakistani aircraft and the air force displayed pieces of a missile that it said had been fired by a Pakistani F-16 before it went down. Foreign Policy said in a report published on Thursday two US defense officials with direct knowledge of the matter said US personnel had done a count of Pakistan’s F-16s and found none missing. Details of the India-Pakistan air engagement have not been fully provided by either side. If the US report turns out to be true, it would be a further blow to Prime Minister Narendra Modi, who had said that India had taught Pakistan a lesson, ahead of elections next week.

The BJP is campaigning on a platform of tough national security, especially with regard to arch foe Pakistan. New Delhi blames Pakistan for stoking a 30-year revolt in Muslim-majority Kashmir but Islamabad denies any involvement. BJP spokesman Bizay Sonkar Shastri dismissed Khan’s accusations. “Firstly, their (Pakistan’s) habit of lying is no secret to the world. Secondly, this is absolutely clear that the roots of terrorism lie in Pakistan and terrorism is cultivated in Pakistan,” he told Reuters.

The success of Indian air strikes on a camp of the Jaish-e-Mohammed militant group in northwestern Pakistan has also been thrown into doubt after satellite images showed little sign of damage. High-resolution satellite images reviewed by Reuters last month showed that a religious school run by Jaish appeared to be still standing days after India said its warplanes had hit the Islamist group’s training camp on the site and killed a large number of militants. Pakistan closed its airspace amid the standoff but most commercial air traffic has since resumed and major airports have opened.

Pakistan offered to open one air route on Friday, an Indian government official said, without specifying details and declining to be named as the matter was not public. An Air India official said on condition of anonymity that Pakistan has opened one of its 11 air routes, from the southern side, adding that the carrier began operations via this route on Friday. “Pakistan has opened one air route over India on April 4th, it is a north-west bound route,” Mujtaba Baig, spokesman for Pakistan’s Civil Aviation Authority said yesterday. An email sent to the Indian Directorate General of Civil Aviation was not immediately answered. Air India did not immediately respond to an email seeking comment.

In another development, scale back from a confrontation that prompted world powers to urge restraint. Tension has been running high since a suicide car bombing by Pakistan-based militants in Indian-controlled Kashmir killed at least 40 Indian paramilitary police on Feb 14, but the risk of conflict rose dramatically on Feb 27, when India launched an air strike on what it said was a militant training base. The following day Pakistan shot down an Indian fighter jet and captured its pilot who was later released.

“Pakistan has decided that 360 Indian prisoners – having breakup of 355 fishermen and five civilians, who have completed their term of sentence, will be released,” Mohammad Faisal, spokesman for the Pakistan Foreign Office, told reporters. He said the prisoners would be released in four batches starting from April 8. Due to the rocky relations between the two sides, prisoners who have completed their jail terms often languish in each other’s jails for months, if not years, afterwards.

According to the lists exchanged by both sides in January, there are 347 Pakistani prisoners in Indian jails, 249 of whom are what the spokesman described as civilians and 98 fishermen. There are 537 Indian prisoners in Pakistani jails, 483 of whom are fishermen. “We hope that India will reciprocate this,” the foreign office spokesman said. Pakistan’s F-16 combat jets have all been accounted for, US-based Foreign Policy magazine said, citing US officials, contradicting an Indian air force assessment that it had shot down one of the jets in the February standoff. – Agencies

Trump at Mexican border: US is 'full' 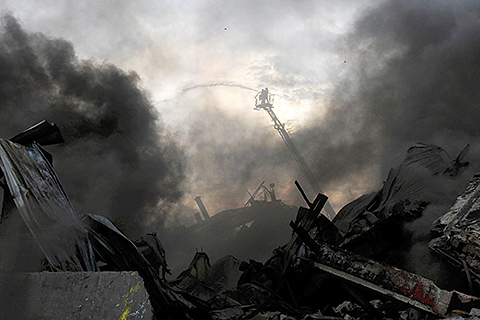 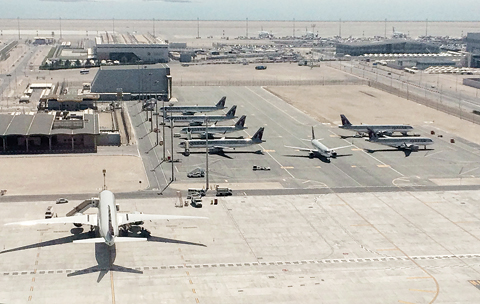 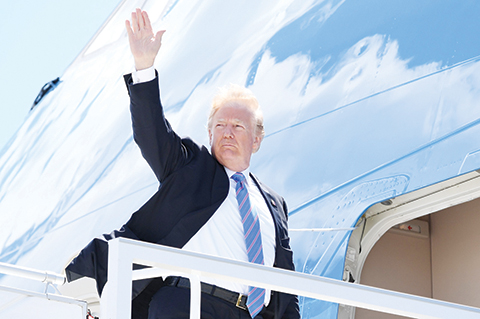 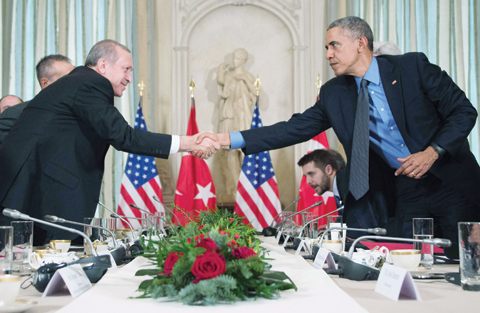 Obama tells Russia, Turkey to focus on IS – Obama stresses US support for NATO ally Turkey