Problem was acute in the crucial summer months

ISLAMABAD/SINGAPORE: General Electric’s flagship gas turbines ran into problems in Pakistan earlier this year, leading to delays and lengthy outages at three newly built power stations, according to several senior Pakistani officials and power executives. GE has said they were teething problems. But the questions over one of its most important products suggest another setback for the company in a year in which its shares have plunged and third-quarter results were called “horrible” by new Chief Executive John Flannery. GE is now undergoing major restructuring.

There is no evidence that GE’s 9HA-Class turbines have fundamental design flaws. But so far the Pakistani plants, which began running this year, are producing power at levels well below their capacity and the problem was acute in the crucial summer months, when temperatures in the country frequently exceed 40 degrees Celsius (104°F). Data from Pakistan’s Central Power Purchasing Agency, seen by Reuters, showed the Bhikki, Haveli and Balloki plants jointly generated only a half of their current maximum capacity in August.

A month later all three plants showed improved output but remained well below capacity. Reuters was unable to review more recent data. “It had terrible consequences because we lost a lot of power which would have come to the grid during the peak summer,” Yousaf Naseem Khokhar, the top civil servant in the Energy Ministry’s power division, told Reuters. “It is now up to General Electric to rise to the challenge and to take care of these issues… before next summer starts,” he said. In a statement sent to Reuters, GE said “every commercial HA site today is demonstrating exceptional performance levels for both output and efficiency”.

On the issues in Pakistan, GE said: “We’ve encountered and communicated openly about launch challenges and readily resolved issues during this time. It’s important to note that challenges are common with power plants of this size and complexity during the commissioning and early operations phase.” GE also said in a separate statement that the three plants are expected to deliver enough power to supply the equivalent of 7.3 million Pakistani homes over their 30-plus-year life cycle, and that will make a “meaningful difference in the everyday lives of the people of Pakistan.”

The 9HA-class gas turbines, the GE power division’s newest and most prestigious product, entered the Guinness World Records last year for efficiency, based on the amount of electricity generated from natural gas at the power plant in Bouchain, France, where it was first put into commercial operation in June last year. Both the 9HA and the 7HA turbines – the A stands for air-cooled – are in tough competition with similar products made by Germany’s Siemens, Japan’s Mitsubishi Hitachi Power Systems – a joint venture between Mitsubishi Heavy Industries and Hitachi – and Italy’s state-controlled Ansaldo Energia. Flannery said in a GE investor presentation in November that “resolving initial launch issues” with HA class gas turbines would be a future priority.

Tough year
GE’s shares have fallen more than 40 percent this year, and the 125-year-old company announced this month it was cutting 12,000 jobs in its power division, about a fifth of the workforce, to cut costs. Operating profit of the power division, once the strongest part of GE’s operations, fell 51 percent in the third quarter against the year-ago period. Flannery said the division, which brought in 28 percent of GE’s revenue last year, was “challenged” but could be turned around in one or two years.

Pakistan, desperate for additional electricity to avoid crippling blackouts, teamed up with GE to build the power stations at Bhikki, Haveli and Balloki, all in the most populous province Punjab, at breakneck speed. GE won the contracts to supply Pakistan with six turbines for the three power plants in 2015, based on the lowest priced deal per megawatt of capacity.
The first problem was the deliveries were delayed by up to three months and missed some of the summer months this year, several Pakistani officials said. They said they were told the delays happened because a part of the turbine needed further testing. The plan was to fire up the turbines in simple cycle mode – delivering around 800 MW per power plant – in the spring of 2017 and then to upgrade to 1,200 MW combined cycle output after the summer.

The delays infuriated Islamabad, because getting additional power during the summer was a crucial factor ahead of 2018 parliamentary elections. One of the two turbines at the Bhikki power plant was delayed by about a month. At the Balloki and Haveli plants, the turbines were delayed by about three months, two senior Pakistani officials aware of the situation said.

Then, in early May, a combustion seal leak was detected at one of the turbines at the Bhikki plant. To fix this, and to apply the same remedy to the five other turbines, GE airlifted all the units to France for repairs. Pakistan’s Prime Minister Shahid Khaqan Abbasi, who was then the petroleum minister, told Reuters in July that GE spared no expense to fix the problems. “They found the problem, they took out the part, they went back to the vendor, they re-machined them, they came back – all on dedicated transport flights,” Abbasi said.

Turbine damage
But that meant one Bhikki turbine was offline for about 40 days and the other for about 50 days. The other two plants had not begun operations at the time, but came online in July and August. In a third setback, one of the turbines at the Haveli plant was badly damaged during a power outage three weeks after it was inaugurated in July, the Pakistani officials said. At such times, batteries and a generator act as back-ups to ensure a pump continues to push lube oil into the turbine.

“Both didn’t work,” said one of the Pakistani officials, adding the diesel generator had no fuel. The turbine crashed, with damage estimated at $33 million, and although it was refitted with a new rotor by GE, it is still to resume operations. The power station is being built by China’s SEPCOIII Electric Power Construction Corporation. SEPCOIII did not return queries for comment.

“GE and SEPCOIII are working together to determine the cause behind the loss of functionality of the planned backup power system,” GE said in a statement. A senior Pakistani official in Islamabad said the delays and outages had cast GE in a bad light. “Frankly speaking, they have lost a lot of credibility here in the government because of these plants,” the official said.

In September, Pakistan awarded its most recent power contract to Siemens, after bidding by several companies, including GE. Stephen Tusa, an analyst at JPMorgan in New York, wrote in a recent note that although GE has assured investors that the Pakistan problems have been resolved, they could re-emerge in other plants around the world. “The risk is that if these issues are not remedied, GE has already ‘sold’ another around 30 units (around 10 plus of which are in operation), some of which are at higher output ratings,” he wrote. “Remedies would have to be applied up the curve, something we view as a challenge, especially as senior management tries to cut costs aggressively. Stay tuned.”

Forced outages
Not everyone is complaining, even when performance isn’t perfect. In France, the Bouchain plant suffered 26 forced outages in the 15 months ending November, according to data published by operator Electricite de France (EDF). Despite these unplanned outages, GE and operator EDF, with whom GE has a long-standing alliance, say they are satisfied.
“The cause of these events varies, and in certain cases a single event has been interpreted as multiple events. It would not be accurate to link this number to HA technology as fewer than 10 of these events were related to the gas turbine,” GE and EDF said in a joint statement. In a another joint statement, the two said “the Bouchain facility is an example of our HA technology at its very best”. They added: “During the commissioning and early operations phase, we encountered minor issues that are very typical of what you’d expect with a project of this size, but we worked together to quickly resolve them.” – Reuters 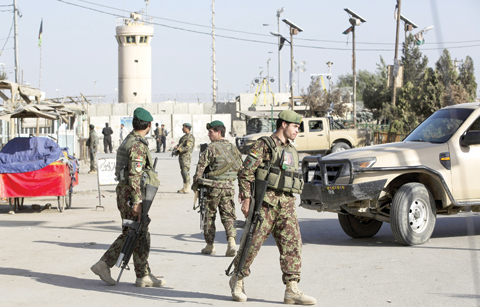 Four Americans killed in US base attack in Afghanistan 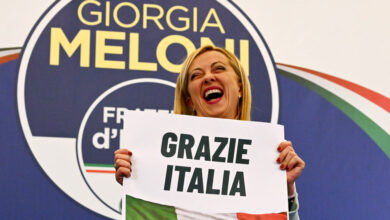 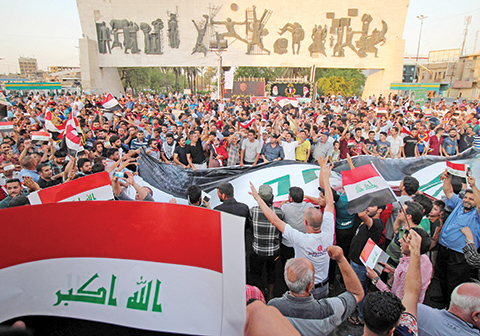 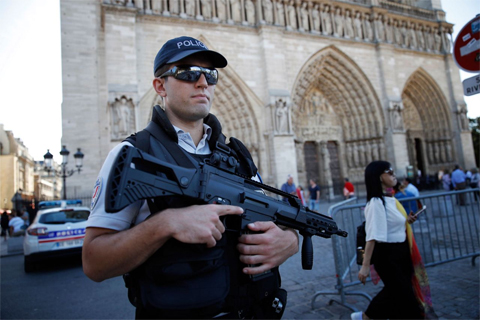