ISLAMABAD: Pakistani Prime Minister Imran Khan vowed yesterday to challenge at the UN security council India’s decision to strip Kashmir of its special autonomy, and demanded action from the international community as tensions soared between the nuclear-armed rivals. Khan gave a forceful rebuke of Prime Minister Narenda Modi’s decision Monday to scrap the special status granted to the Indian-ruled part of Kashmir from India’s constitution in front of a joint-session of parliament in Islamabad.

“I want to make it clear that we will fight this issue on every forum, (including) at the UN security council,” said Khan, who also promised to also raise the issue with heads of state and take the matter to the International Criminal Court. Khan demanded action from the global community as he accused Modi of blatantly violating international law in pursuit of an anti-Muslim agenda in India.

“If the world does not act today… (if) the developed world does not uphold its own laws, then things will go to a place that we will not be responsible for,” Khan added. The prime minister’s remarks came shortly after Pakistan’s military announced it “firmly stands” by Kashmiris following a meeting by the army’s top commanders in the garrison city of Rawalpindi to discuss the move by India, which is also set to exacerbate the long-running bloody rebellion in Kashmir.

“Pakistan Army firmly stands by the Kashmiris in their just struggle to the very end. We are prepared and shall go to any extent to fulfill our obligations in this regard,” General Qamar Javed Bajwa said, in a tweet sent by a military spokesman after the meeting. Spokesman Major General Asif Ghafoor said commanders “fully supported” the civilian government’s rejection of India’s move. “Pakistan never recognized the sham Indian efforts to legalize its occupation” of the disputed mountainous region, he added.

Yesterday, an estimated 500 people demonstrated in Muzaffarabad, the largest city in Pakistani-held Kashmir, with more protests expected in major cities across the country. Pakistani lawmakers also began a session of parliament to discuss a possible response to Delhi’s move. The breathtaking Himalayan region of Kashmir has been disputed by India and Pakistan since independence in 1947. They have fought two of their three wars over the former principality.

Earlier this year they came close to war yet again, after a militant attack in Indian-held Kashmir in February was claimed by a group based in Pakistan, igniting tit-for-tat air strikes. For three decades the Indian-administered part has been in the grip of an insurgency that has left tens of thousands dead. Armed Kashmiri rebels and many residents have fought for the Muslim majority region’s independence or to join neighbor Pakistan.

Ahead of the announcements, tens of thousands of extra Indian troops were deployed in the territory, and a security lockdown was imposed overnight Sunday. All telecommunications have been cut there since. Editorials and social media in Pakistan were buzzing yesterday over Modi’s decision, with the English daily Dawn running a large headline on its front page reading: “New Delhi sheds fig leaf, robs held Kashmir of special status”.

Refugees fearful
Meanwhile, refugees in Pakistani-held Kashmir voiced fears for relatives still on the other side of the disputed Himalayan border Monday after India abolished the Muslim-majority region’s special autonomy, raising fears of fresh violence. Many of the roughly 250 people in the Manak Paiyan refugee camp near Muzaffarabad, the largest city in Pakistani-held Kashmir, fled fighting in the 1990s but still have family on the other side of the Line of Control, the de facto border slicing through the heavily militarized region.

For decades they have communicated mainly by telephone, and more recently with video and WhatsApp calls. But India cut off telecommunications and imposed a security lockdown on the territory late Sunday, ahead of the decision to strip Kashmir of the special status it has held for seven decades. The move is set to exacerbate the rebellion in Kashmir, and to deepen the long-running animosity with nuclear rival Pakistan, which has fought two out of three wars with India over the territory.

“I don’t know what will happen… I am worried about my family. I have no information about them,” 32-year-old Mohammad Altaf said. “I am very upset because of it,” he said. Khadija Bibi said her father had passed away just two days ago but she has been unable to speak with her sisters or other relatives to share their grief. “Roads are closed and we have no means to go there. Internet, phone, everything is closed,” she said. “We will die here and they will die there without seeing each other if Kashmir is not liberated”.

Usman Hashim, who left his entire family behind when he fled in 1992, said he was afraid that “anything” could happen to them. “The world should take notice… they should save the lives of human beings. Freedom comes later,” he said. Kashmir has been divided between India and Pakistan since their independence in 1947. For three decades the Indian-administered part has been in the grip of an insurgency that has left tens of thousands dead. Armed Kashmiri rebels and many residents have fought for the region’s independence or to join neighbor Pakistan.
There are roughly 38,000 refugees from Indian-held Kashmir in camps on the Pakistani side, authorities say. Indian Prime Minister Narendra Modi’s Hindu-nationalist party rushed through a presidential decree to scrap from the constitution the Indian-ruled part of the disputed territory’s special status. It also moved a bill proposing the Indian-administered part of Kashmir be divided into two regions directly ruled by New Delhi. Bibi’s brother Mohammad Yaseen Rana called the moves a “most cruel step” and said: “We will never accept this”.- Agencies

Blacks at 'highest risk' of US police killing 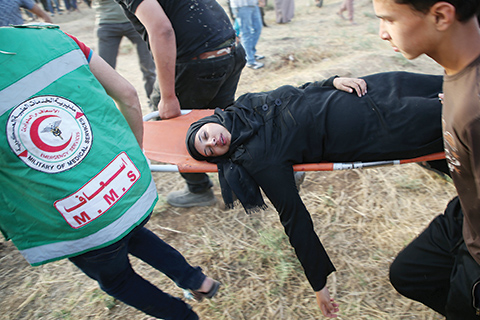 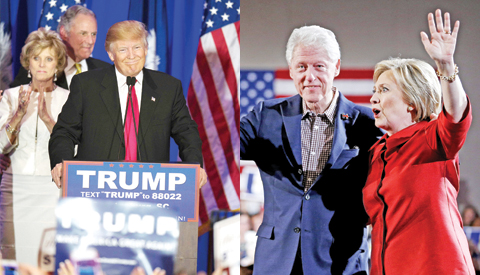 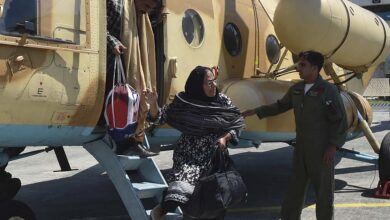 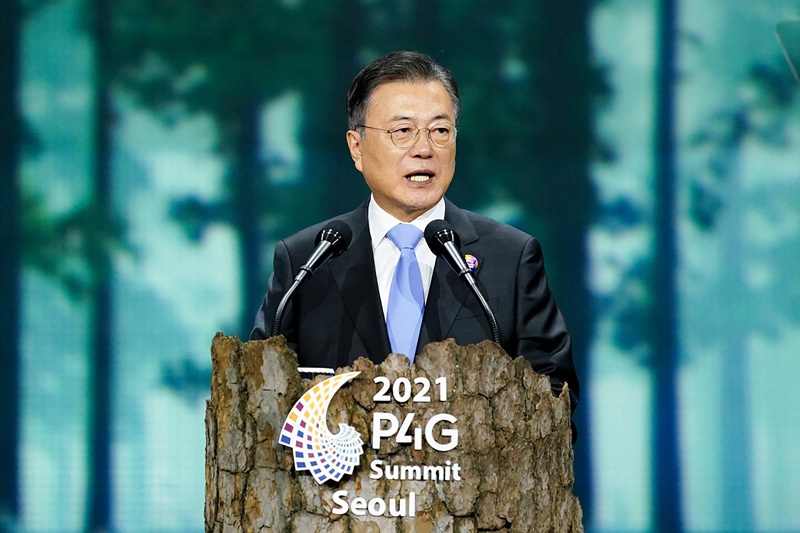