The number of persons with disabilities registered at the Public Authority for Persons with Disabilities in Kuwait is 59,818, while law No 8 for the year 2010 was subject to a number of amendments. Kuwait also signed and ratified the Convention on the Rights of Persons with Disabilities, while the domestic law defines a person with a disability as anyone who suffers from total or partial permanent ailments that lead to deficiencies in his physical, mental or sensory capabilities that may prevent him from securing the necessities of his life or participate fully and effectively in society on an equal basis with others.

On the other hand, the convention defines persons with disabilities as all those who suffer from long-term physical, mental, intellectual or sensory impairments, which may prevent them, when dealing with various barriers, from participating fully and effectively in society on an equal basis with others. Here we note that law No 8 of 2010 expressed a narrow perception of disability, as it did not take into account the existence of barriers in society, and the law did not include a definition of discrimination on the basis of disability, as stipulated in article 2 of the convention.

The scope of its application was limited to citizens and children of Kuwaiti women married to non-Kuwaitis within the limits of health and educational care and employment rights stipulated in this law. The law granted the authority the right to decide the applicability of some of its provisions to people with disabilities who are non-Kuwaiti residents in Kuwait in accordance with the conditions and controls that it deems necessary after the approval of the supreme council, and this contradicts the text of paragraph B of article 3 of the convention, which makes non-discrimination a general principle of the convention.

The Committee on the Rights of Persons with Disabilities made a number of recommendations over the concluding observations of Kuwait, including the withdrawal of its reservations to articles 18 (1) (a) and 23 (2) of the convention, rescinding its interpretative declaration of article 12 (2) of the convention and taking legal measures to uphold the right to recognition as equal before the law, which means that all persons with disabilities, including those with mental and intellectual disabilities, have legal capacity on an equal basis with others in all walks of life. 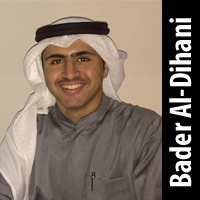 On the geopolitical opportunity of Kuwait

﻿A way of life