More than 2 million faithful have gathered for five-day ritual

MOUNT ARAFAT, Saudi Arabia: A sea of pilgrims ascended Mount Arafat in Saudi Arabia yesterday to pray and repent, the climax of the annual hajj bringing together more than two million Muslims from around the world. Carrying brightly colored umbrellas under the blazing sun, worshippers scaled the rocky hill southeast of the holy city of Makkah to atone for their sins. Arms raised, pilgrims repeated “There is no God but Allah” and “Allahu Akbar” (God is Greatest). “The feeling is indescribable,” said Umm Ahmad, 61, who made the journey from Egypt.

Nearly 2.4 million Muslims made the trip to western Saudi Arabia, home to Islam’s holiest sites, according to the kingdom’s statistics authority. Some of the pilgrims – men in white seamless garments and women in loose dresses – pushed elderly relatives in wheelchairs on the second day of the hajj, one of the world’s largest annual gatherings. Jai Saleem, a 37-year-old Pakistani, said he cried when he and his wife arrived on Mount Arafat, where Prophet Muhammad (PBUH) delivered his final sermon. “It feels great,” he said. “I have always seen this area, since my childhood, in photographs and on television.”

After sunset prayers, pilgrims made their way down Mount Arafat to Muzdalifah, another holy site where they will sleep under the stars to prepare for the final stage of hajj, a symbolic “stoning of the devil” ritual. Buses could be seen parked around the hill as workers hurriedly picked up empty water bottles near a yellow sign that read “Arafat starts here” in both English and Arabic. “We know that it’s a difficult task,” said Amna Khan, a 35-year-old American Muslim pilgrim.

“That’s why we are all here. We’re doing this to get closer to Allah, to be absolved.” Pakistani pilgrim Mohamed Forqan, 30, said it was a great day to be a Muslim. “Here in Arafat we feel that we are born today asking Allah to forgive our sins,” he said. Hilal Issa, 70, from Algeria, said he was praying for God to pardon all Muslims and save the Arab world from its afflictions.

A hot wind blew across the hill, also known as Jabal al-Rahma (Mount of Mercy), and the surrounding plain after a downpour late Sunday. Many faithful could be seen sipping from bottles of water throughout the day. “I knew it would be a little hard to climb Mount Arafat,” said Nigerian pilgrim Saidou Boureima. “So I prepared for this challenge by working out. And God willing, we can see it through.” The hajj is one of the five pillars of Islam which every Muslim is required to complete at least once in their lifetime if they are healthy enough and have the means to do so.

The hajj has at times been a point of controversy. Iran boycotted the hajj in 2016, following a deadly stampede the year before which left some 2,300 dead, hundreds of them Iranian. Tehran sent its pilgrims to Makkah in 2017, and the hajj this year includes 86,000 Iranians, according to Makkah governor Prince Khaled Al-Faisal. Prince Khaled has also said this year’s hajj includes 300 pilgrims from Qatar, a neighboring state hit by a major Saudi-led boycott. In a midday sermon, senior Saudi cleric Sheikh Hussein bin Abdulaziz Al-Sheikh urged pilgrims to come together with their co-religionists but cautioned: “Hajj is not a place for slogans and parties.”

Muslims today observe the first day of Eid Al-Adha, or Feast of Sacrifice, which marks the end of the hajj. They traditionally slaughter sheep for the three-day Eid Al-Adha, a tribute to Prophet Abraham’s (PBUH) sacrifice of a lamb after God spared Ismael (PBUH), his son. They will consume some of the meat and give the rest to poor people unable to buy food. A new kiswa, the cloth embroidered with verses from the Holy Quran, was placed over the Kaaba in Makkah’s Grand Mosque late on Sunday. Pilgrims will return to pray there at the end of hajj. – Agencies 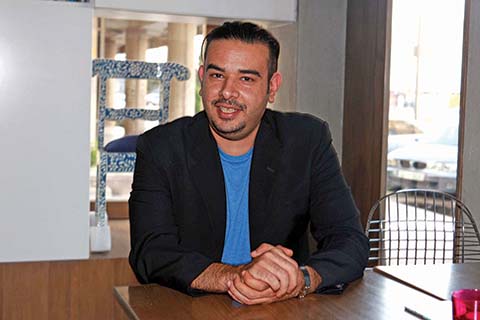 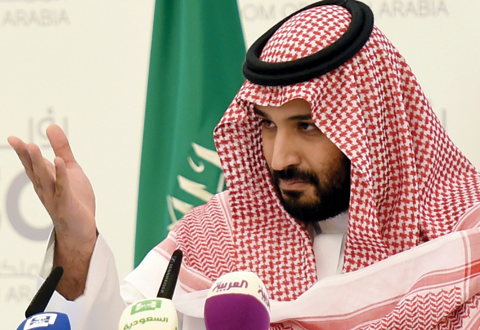 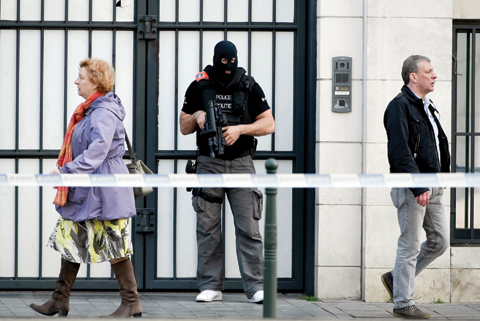 Belgian court jails jihadist recruiter for 15 years – Abrini, 6 others held for another month