KUWAIT: Police raided the Kuwait Football Association (FA) headquarters late on Tuesday, a week after the state lost a Swiss court case against the International Olympic Committee (IOC) which has banned the country from international competitions. “Police and other government authorities visited the Kuwait FA headquarters. Kuwait Olympic Committee headquarters is their next destination,” said a statement on the Kuwait Football Association’s website with a picture showing uniformed policemen at the offices.

An Interior Ministry spokesman denied the police had raided the offices, saying a photo going around on social media was of a governmental committee looking into infringements on state property which had visited a number of locations, including sports clubs. The IOC suspended Kuwait in Oct 2015, accusing the government of interference in its national Olympic Committee.

Kuwait and the IOC have been at loggerheads since over a new law that the Olympic body says will undermine the autonomy of sport in the country. Kuwait argues it will strengthen the independence of sports bodies. As a result of the ban, Kuwaiti athletes are competing at the Rio Games as neutral athletes under the Olympic flag and are not eligible for any funding from the IOC. Kuwait was suspended in 2010 over a similar dispute but reinstated before the 2012 London Olympics. The national football federation is also banned by FIFA over government interference in the running of the Kuwaiti FA.

Separately, the Interior Ministry announced yesterday that it has confiscated 1.5 million pills of the amphetamine-like drug Captagon, which were stashed in two containers that arrived from Ukraine. Deputy Prime Minister and Minister of Interior Sheikh Mohammad Al-Khaled Al-Hamad Al-Sabah oversaw the seizure during a visit he made to the Interior Ministry’s anti-drugs department, said a statement issued by the ministry.

Moreover, the statement noted that security forces are capable of averting all threats to the security of the nation. “We will strike with an iron fist all those who seek to do harm to the country,” Sheikh Mohammad Al-Khaled said. Furthermore, he said that such practices serve to motivate security personnel to hone their skills to combat all threats, describing them as the eyes that never slumber.

The statement revealed that two individuals, a Syrian and a Saudi, have been apprehended in connection with the incident and will face legal action. It also added that the two have confessed to bringing in copious amounts of the drug in a clandestine mission. – Agencies 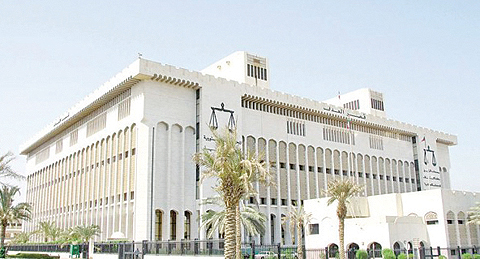 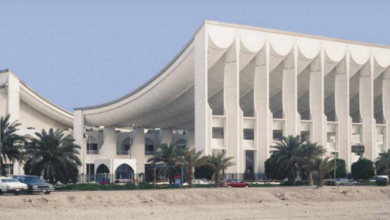 Assembly panel to vote on changes to residency law