NEW YORK: Representative of HH the Amir of Kuwait, HH the Prime Minister Sheikh Jaber Al-Mubarak Al-Hamad Al-Sabah, delivered a speech to the 73rd session of the United Nations General Assembly on Wednesday. Following is the full text of the speech:

Your Excellency the President, Your Excellency the Secretary General, Your Excellencies distinguished guests, ladies and gentlemen, peace be upon you. I’d like, on behalf of Kuwaiti government and people, to congratulate you and the government of the friendly Republic of Ecuador on your election as president of the 73rd session of the UN General Assembly and to affirm our full support to your efforts to shoulder your responsibilities.

I’d like to express full confidence in your competency to fulfill this mission given the fact that your experience in the international issues will have positive impact on your way of running the activities of the General Assembly. I’d like also to seize this opportunity to express Kuwait’s appreciation of the outstanding efforts made by your predecessor Miroslav Lajcak in running the last session successfully.

In this context, I cannot miss to applaud the great efforts made by His Excellency the Secretary General Antonio Guterres in leading this organization through a vision and insights derived from the principles and objectives of the UN Charter foremost among which are the preservation of the world peace and security.

We renew support to his reformist initiatives, particularly those relating to peaceful settlement of disputes, and giving precedence to diplomatic preventive approach and taking it from the academic experimental frameworks to practice through a UN plan to build consensus on the reforms and push forward towards the desired role of this global organization.

Peace and security
Your Excellency the President, to prevent disputes or solve them peacefully has been and is still one of the main objectives of the foundation of the United Nations. The bloody WWI and WWII and their catastrophic unprecedented consequences to humanity had given impetus to the efforts to build a new world order capable of protecting our generations from the woes of war. The last seven decades have seen historic roles and tangible efforts by the UN in upgrading its operating mechanisms and expanding its competencies to cover the humanitarian, political, security, economic and developmental issues around the globe.

However, the accelerated challenges and exacerbating conflicts highlighted the need to enhance the ability of this organization to respond to the serious threats to peace and security in nowadays world. These challenges include the phenomena of violence, extremism and terrorism, the proliferation of weapons of mass destruction, the persistence of human rights abuses and climate change. Therefore, the plans and proposals raised by the Secretary General Antonio Guterres for restructuring the UN Secretariat in order to enhance its efficacy in preventing conflicts constitute a first step towards turning the UN reforms into reality.

We renew our support to this step that materializes a great part of the aspirations of nations for a stable and secure world. Your Excellency, the President, the State of Kuwait, nine months through its non-permanent membership in the Security Council (2018-2019), is more confident that the Security Council needs reform to become more responsive to the growing challenges of the world of today, more reflective of our reality, more credible and more representative of the groups of states, including the Arab group, and their contributions to the various activities of the UN.

Since the first day of its non-permanent membership in the Security Council, the State of Kuwait has been committed to practical approach to tackling the various issues on the agenda of the Council. This approach translated into action the country’s foreign policy, which is based on respect for the sovereignty and stability of other nations and non-interference in their domestic affairs, and belief in the noble message of the UN in protecting the international peace and security.
No cultural, ethnic, political or geographical considerations affected our way of handling the agenda topics of the Security Council though the Middle East dossiers took precedence. Based on the UN Charter, the diplomacy of the State of Kuwait gives precedence to peaceful settlement of disputes and mediation among adversaries in addressing the crises in various parts of the world.

Palestine
Your excellency, the President, the Palestine question has been one of the longest standing topics on the agenda of the Security Council. This year sees the 70th anniversary of the issuance of the Resolution 56 of August 1948, the first resolution by the Council on this chronic issue. Despite the passage of this resolution and dozens of other resolutions by the Council and the General Assembly, Israel persists in its stubbornness and disregard of the international legitimacy.

Israel continues its expansionist policy through building more illegal settlements on the occupied Palestinian territories in a flagrant defiance of the UN resolutions, the latest of which is the Resolution 2334. Israel persists in desecrating the Haram Al-Sharif (Temple Mount) and the Al-Aqsa Compound and violating the human rights and the international humanitarian law through jailing thousands of Palestinians and recurrent military onslaughts on Gaza Strip.

Kuwait tabled to the Security Council in May a draft resolution calling on Israel, the occupying power, to stop using force against civilians and abide by the provisions of the Fourth Geneva Convention (1949) regarding the protection of civilians at times of war. The draft, also calling for providing international protection to the Palestinians in the occupied territories, was passed by the Council. Kuwait spares no effort in supporting the legitimate rights of the Palestinian people, including their right to regain the occupied territories and establish an independent state within the borders of June 4, 1967, with East Jerusalem as its capital.

Syria
Your Excellency, the President, the Syrian crisis enters its eighth year amid apparent international failure to put an end to its horrific humanitarian and material damage. The crisis took its toll on civilians with more than 400,000 deaths and 12 million refugees and internally displaced people. The State of Kuwait and the friendly Kingdom of Sweden co-sponsored the Security Council Resolution 2411 on the humanitarian situation in Syria.

The resolution which was unanimously passed sent a message of the Council’s solidarity with the Syrian people in their disaster and provided for cessation of hostilities and unhindered delivery of aid to those in need. However, we see, with great regret, the resolution failed to reflect on the ground. Since the start of the Syrian conflict, Kuwait, as part of its humanitarian role, has hosted three UN humanitarian pledging conferences on Syria and offered $1.6 billion in voluntary aid to the Syrian people.

Yemen
Your Excellency, the President, the sisterly Yemen undergoes a crisis that has serious impacts on the political, economic and humanitarian levels due to the coup d’etat launched by the Houthi group in September 2014. The Houthi rebels continue defying the UN resolutions, rejecting the regional and international initiatives for peaceful settlement to the conflict, and jeopardizing the regional security and international navigation in the Red Sea through launching ballistic missiles towards the sisterly Kingdom of Saudi Arabia.

In this regard, we renew full respect for the sovereignty, stability and territorial integrity of Yemen and non-interference in its domestic affairs, and reaffirm firm support to its legitimate constitutional authority. We give precedence to the efforts to resolve the crisis with political peaceful means based on the three points of reference – the GCC initiative, the outcomes of the national dialogue and the UN Security Council Resolution 2216. In 2016, the State of Kuwait hosted the intra-Yemeni dialogue, which lasted for more than 100 days under the UN patronage.

We are ready to host another meeting for the Yemeni parties to sign a final peace agreement, and support the efforts of the Special Envoy of the UN Secretary General for Yemen to settle the Yemeni crisis. Regarding the humanitarian situation in Yemen, Kuwait contributed USD 350 million in aid of the brotherly people of Yemen, including the USD 250-million pledges in pledges made during the Geneva conference in last April.

Sustainable Development Goals
Your Excellency, the President, the State of Kuwait is committed to the UN efforts to reach the Sustainable Development Goals for the period 2015-2030, which represents one of the priorities of our national strategy “New Kuwait 2035”. This strategy aims to turn Kuwait into a leading regional financial and commercial hub. We will continue working with the UN to end poverty and hungry around the globe, ensure healthy life and equitable quality education, and promote life-long learning opportunities for all. Kuwait will continue commitment to the multilateral world order, the principles and objectives of the UN Charter, and all international conventions and treaties with a view to contributing to the maintenance of the world security and peace. Thank you very much. – KUNA

The psychological impact of no rest day 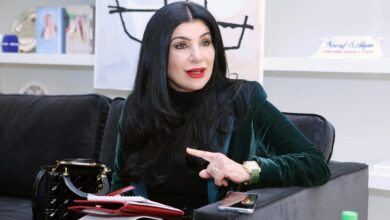 Kuwait lags behind most GCC states in gender equality: KTS 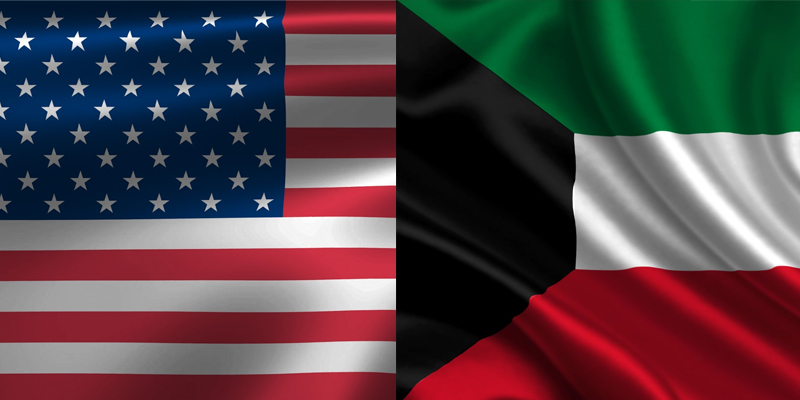 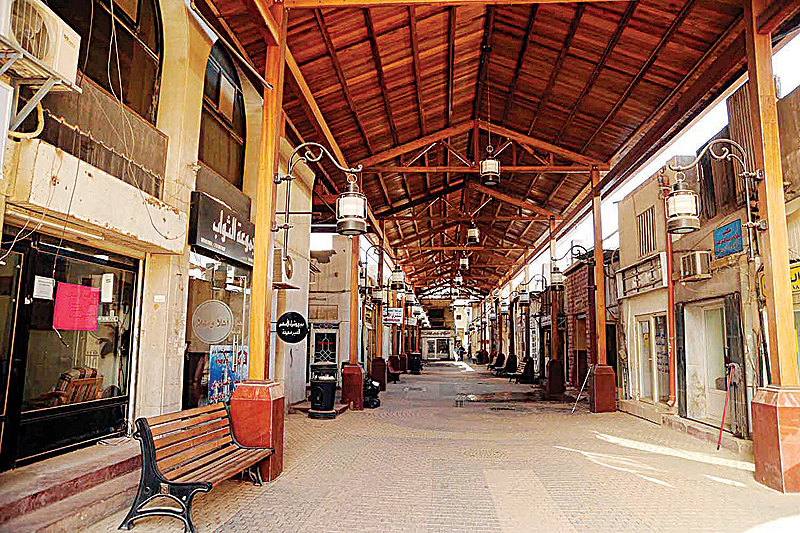