Two Romanian prostitutes were arrested in Mahboula last week. The news of the arrests itself is not new or surprising, or even the fact that European women come to Kuwait for this type of work. It has happened before and there are even stricter measures for unmarried women to receive visit visas due to such occurrences in the past. But who helped these women to come to Kuwait? And were they arrested as well?

According to local authorities, detectives were monitoring videos on social media showing the two women offering their services around the world. The two later arrived in Kuwait, and I would assume they were either invited or made a deal to come and meet people here. An undercover agent was asked to strike a deal with them and they agreed to receive KD 200 each per hour. The two were then arrested in a flat in Mahboula. The women admitted offering to have sex with men for money, and were transferred to the deportation center.

Now the police have all the names and information about the clients of these two women. Reports suggest it was to inform them should the women be found to carry infectious diseases and illnesses, but why weren’t the men paying prostitutes for sex also arrested? Both the women and men know that prostitution is prohibited and punishable by law in Muslim Arab countries. The women want to make some money, while the men want an hour or two of pleasure. Neither care about the law. Worse, the men ignore the probability that these women might have infectious diseases. It’s disgusting, but true.
And we have no idea if this phenomenon is getting worse or more frequent. Is prostitution growing more common in Kuwait, not only by foreign women coming on visit visas, but also in brothels already established here illegally? Arab societies tend to condemn and deny such acts, but this doesn’t mean they don’t take place.

It is a societal and security problem that threatens the safety of the community. The process of raising awareness and warnings must reach everyone, and border posts should not be lenient over the entry of foreign women without having a contract of employment or family members in the country, for example. Let’s be clear about it – we are not a touristic destination.

The great influence of social media on our youth needs to be reviewed, because the youth can easily be victimized by communicating with people they do not know. This issue may be local, but it’s a global concern too. Even in the West, young girls or teenagers fall victim on social networks to unknown persons, dragged into a vortex of human trafficking, sexual slavery or drugs that sometimes ends their young lives. We need to raise awareness about the dangers of social networking with faceless people, whether men or women.

Are our ideals ideal? 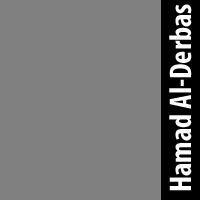