KUWAIT: Kuwait has recorded an increase in suicide cases since the start of the pandemic, while most people who committed suicide were young people and Bidoons (stateless) as well as expatriates, according to official statistics. The statistics indicate that the total number of people who took their lives in Kuwait during the period between 2015 to the end of 2021 was about 620 suicides. While Indian residents ranked the highest with 342 cases, Kuwaitis came in second place with 54 suicide cases. Kuwait Times discussed with Psychologist Ahmad Al-Mulla the problems that may lead a person to commit suicide.

Regarding the causes of suicide, Mulla said that depression, schizophrenia, addiction, and personality disorders such as borderline personality disorder may lead to suicide. According to Mulla, a person first suffers from psychological problems that ultimately leads them to commit suicide. “The closure during the pandemic and difficult economic conditions in that period revealed many psychological diseases that many people suffered from. The pandemic enhanced the feeling of depression among people who are prone to depression, and thus, it led some of them to commit suicide to end their negative feelings,” he said.

Mulla also mentioned cases of suicide among stock market speculators who declared bankruptcy. “Suffering from financial loss is not what led them to commit suicide, but their mental illness such as depression did,” he said. Mulla explained that the victims were using speculation and making profit in the stock market as a way to ‘treat’ their depression. “But when they were exposed to financial loss, their depression escalated and led them to commit suicide,” he argued. He added that a people who suffers from depression cannot be distinguished from any normal person, except that they are in constant danger due to their willingness to commit suicide.

“Therefore, we should not look at the material causes of suicide, such as bullying or financial bankruptcy. The real problem is that the suicide victim does not know how to deal with his own problems that had accumulated and leads to suicide,” Mulla pointed out. “If people consider mental illness like any other physical illness, society’s view of mental illness will change very dramatically, and we will understand more clearly the causes of suicide.”

“Suicide can be classified only when the person has a pre intention to end his life, so the death of an overdose, in particular, is not considered suicide,” he further explained. “Most addicts love life and they take drugs because they want to feel life to the maximum by reaching ecstasy.”

“Drugs do not lead to suicide, but drug abuse may lead to another disease called a double diagnosis, meaning that there are people who use certain types of drugs that lead them to schizophrenia or depression which leads to suicide,” he noted. “So in this case, the cause of the suicide is the mental illness and not the drug use itself.”

Meanwhile, Mulla stressed the importance of raising awareness among patients, saying, “As for prevention of suicide itself, there must be awareness for patients that there are solutions to any psychological crisis that they may go through, because suicide will not solve the crisis.” He added, “The problem of mental illnesses such as depression is that they deceive the sufferer that there are no solutions to their problem, and this is not true.”

Mulla stressed that suicide cannot be considered a phenomenon in Kuwait. He stressed at the same time that the problem of suicide lies in the fact that it leads to the destruction of the victim’s family, and leads them to live a disturbing psychological, social and emotional life.

Regarding the psychological traits that some people may have that led them to commit suicide, Mulla said, “Some people who suffer from personal disturbances tend to draw attention, so they pressure their families to pay attention to them by threatening to commit suicide. This is what we see in many cases of suicide threats by throwing oneself from a height, and most of the cases in which a person succeeds in committing suicide do not have the intention of committing suicide. The person just slips during the threat. These cases cannot be considered suicides.”

“As a logical and not scientific analysis based on studies, it can be said that psychologically disturbed people are more likely to commit suicide than drug addicts, because the addict can, through drug use, treat depression temporarily, so he avoids the decision to commit suicide, while the normal person has nothing to relieve depression, and it leads to suicide,” Mulla argued. “From my personal experience, suicide rates among troubled people are much higher than drug abusers.”

Kuwait may allow helpers' transfer in case of dispute 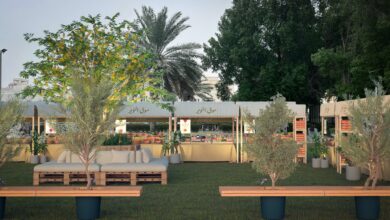 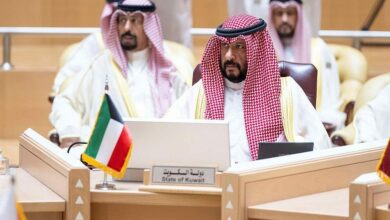 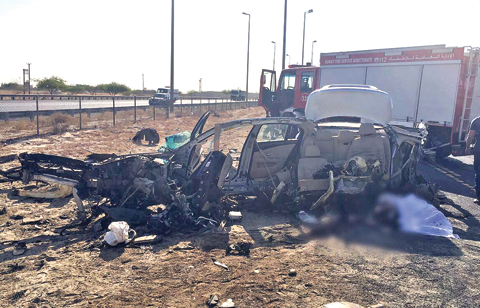